Streaming exclusivity does not benefit listeners

Streaming exclusivity does not benefit listeners 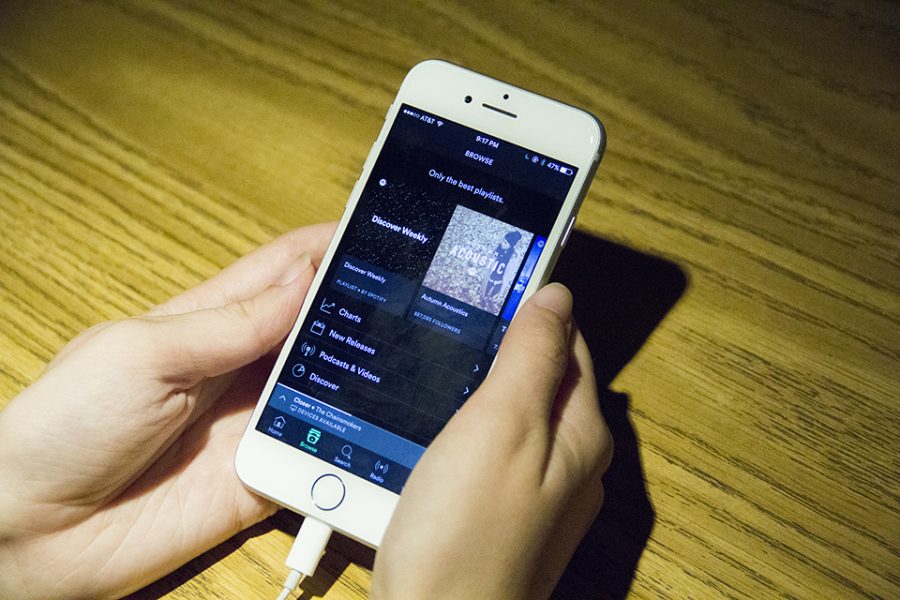 Drake, Rihanna, Beyonce, Chance the Rapper and Kanye West have all had great success in album sales this year. All of their albums, though, share one common fact: they were or are all exclusive to either Tidal or Apple Music. Although this marketing scheme benefits labels and streaming services in the short term, this pushes fans away altogether.

a profitable technique
In order to listen to Rihanna, a fan would have had to purchase a Tidal subscription when it first released. “Views” by Drake initially streamed exclusive to Apple Music before releasing everywhere else. This is known as album exclusivity. It is a profitable technique used by streaming services to lure new customers in.

In these deals, labels sign contracts with these subscription-based services to release an album exclusively for a week or more depending on the artist. Chance the Rapper’s “Coloring Book” was exclusive on Apple Music for its initial release, while Beyonce’s “Lemonade” is still exclusive to Tidal. It is done by labels to gain a short-term profit in an industry that is seeing a slow rebirth in profits.

In theory, it makes sense to do this. Money will always play a role in making deals of this caliber. The ends do not justify the means.
forced to choose
Music fans are forced to choose between streaming services that they may or not may not use often. As students, paying a $4.99 fee per month is big decision. Affordability is a key interest in college students, so they want to make sure they are benefiting the most out of what they are purchasing.

Exclusivity does not hold the end of that bargain. Subscribers are only paying for some music. Tidal subscribers cannot listen to Taylor Swift and Apple Music subscribers cannot listen to Beyonce. All of these streaming services affect indie acts as well because they perpetuate pop music. This is why Taylor Swift fought for equal pay for indie acts during Apple Music’s free three-month trial.

In the end, album exclusivity does not truly benefit many consumers. Although labels profit in signing deals with streaming services, they are not maximizing their true potential if they were to forbid the practice. Artists do not benefit because they are limiting their sphere of influence over listeners by limiting who listens to their music. Both are affected because it drives fans to piracy. Although streaming eliminates a large need for piracy, the principle that users need to pay a premium for music drives listeners away. There is a push and pull effect in this situation.

Most important of all, streaming exclusivity affects fans because it puts them at a loss. The direct consumers of the product musicians make are unfortunately coerced into a disadvantageous situation. They are forced to decide between the lesser of two evils, or choose the alternative option and not listen to anybody at all.