Athletes dive into a new season

Swim and dive finish fifth for women and third for men in first meet of the season. 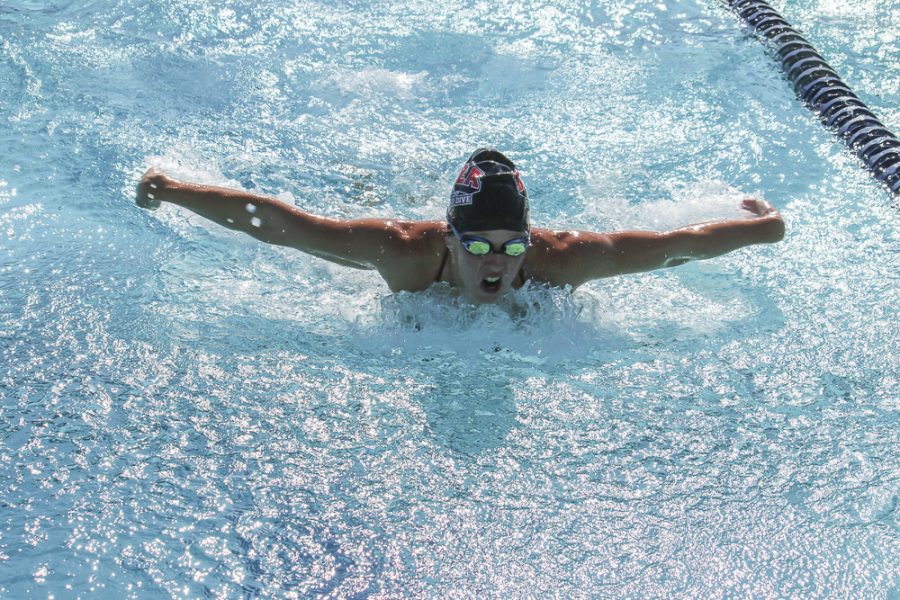 Splash! Aquatic Center may be known among Biola students as the place for SOS events as freshmen, but on Oct. 7 and 8 it hosted the kick-off meet for the Biola swim and dive team. The PCSC Relays and Pentathlon hosted six women’s teams and three on the men’s side, of which the Biola women took fifth and the men came in third.

Senior Michael Severi also had a quality two days in the water. He had three finishes in the top 10, including his best finish in the 25-yard freestyle, where he came in sixth with a time of 0:10.28.

For the women, freshman Rachel Stinchcomb performed admirably in her first meet, finishing with a pair of eighth place finishes in the 100-backstroke and 100-butterfly with a 1:03.11 and 1:01.28, respectively.

The performance of the weekend came courtesy of junior Lisa Tixier, who finished with a first place overall finish in the pentathlon. She placed second in four of the five events with her seventh place finish in the 100-backstroke as her odd one out.

Biola’s women also had a strong outing in 100-yard backstroke, with sophomore Jenny London coming fifth with a 1:10.57 and freshman Emily Silzel finishing with a 1:11.75, good enough for eighth place.

The Eagles take to the pool again on Oct. 15 starting at 10 a.m, when they travel to the Malibu Invite hosted by Pepperdine University.