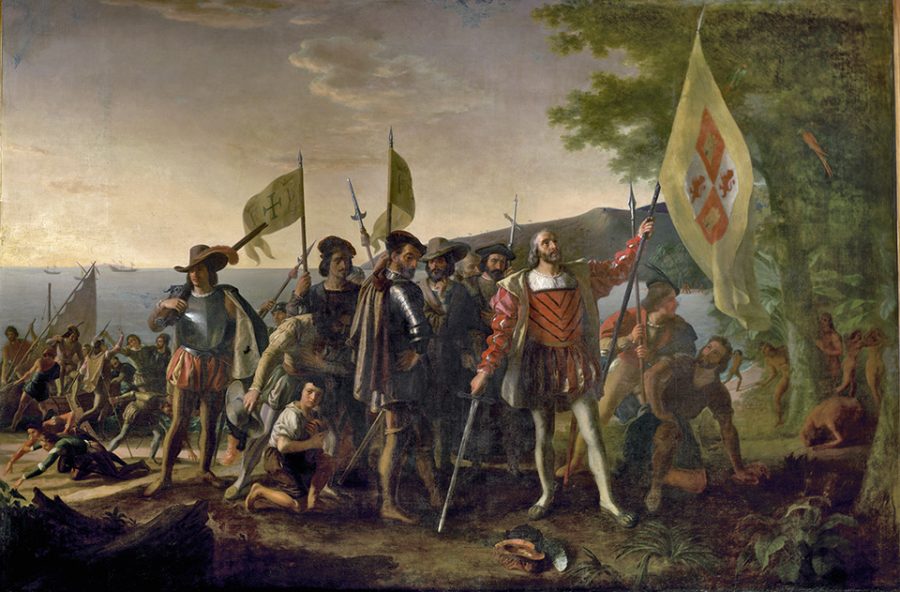 In elementary school, children are taught a catchy song on how “in fourteen hundred ninety-two Columbus sailed the ocean blue.” Textbooks illustrate how Columbus and his men gloriously navigated the perilous sea, where their bravery was rewarded with a new land sparsely populated by primitive savages. This is the sanitized and whitewashed picture most people have when they think about Columbus and the gradual settlement of the Americas. In order to honor history and its victims, the United States should abolish Columbus Day and replace the federal holiday on Oct. 10 with Indigenous People’s Day.

As time passes, more people are realizing the true history behind Christopher Columbus and the often brutal and genocidal aftermath that came as a result of conquest and exploitation. The treatment of the Arawak people is indicative of the history of indigenous groups in North America; they were decimated by settlers who were drunk on what historians call “gold, God and glory.” Bartholomew Las Casas, a Dominican friar who accompanied the first European settlers, chronicled the brutal colonization and destruction of the Arawak people. Las Casas notes how so-called Christians beheaded two boys just for fun and how Spaniards would knife Indians to test the sharpness of their blade. It is easy to denounce the “rape and pillage” carried out by genocidal maniacs like Columbus, but it is another obstacle to recognize indigenous communities in the United States.

Replacing Columbus Day with Indigenous People’s Day will not only acknowledge the genocide of indigenous groups in North America, but would also recognize the beauty and cultural significance of these groups. Students learn in public schools how the land that is now the United States was sparsely populated by primitive people groups, when historians have shown this is far from the truth. What is not discussed is the fact that Native American groups were advanced societies despite the mythical version portrayed by history. In an interview with Roxanne Dunbar-Ortiz, a historian on indigenous groups, Dunbar-Ortiz mentions how European settlers appropriated the advanced agricultural methods used by numerous native groups. Native Americans are wrongly portrayed in this country as godless savages who, despite the atrocities committed against them, needed to be saved by their European Christian saviors.
The neglected and sanitized history of Native Americans

Late historian Howard Zinn writes in “A People’s History of the United States” on how “the treatment of heroes [Columbus] and their victims [the Arawaks] — the quiet acceptance of conquest and murder in the name of progress — is only one aspect of a certain approach to history, in which the past is told from the point of views of governments, conquerors, diplomats, leaders.” Zinn reminds us how people have a tendency to justify deplorable atrocities against humanity as a necessary evil for the progress of civilization. Native American communities continue to be one of the poorest and underserved communities in the country, constantly afflicted by environmental pollution and state violence. And yet they are still forgotten.

The neglected and sanitized history of Native Americans is a history of “the crucified peoples of history,” a term once used by Jesuit priest Ignacio Ellacuria to describe the forgotten and oppressed.

Columbus did not discover a new world. He only discovered drunk violence and what Joseph Conrad once called the “Heart of Darkness.”