Couples who go deeper together, stay together 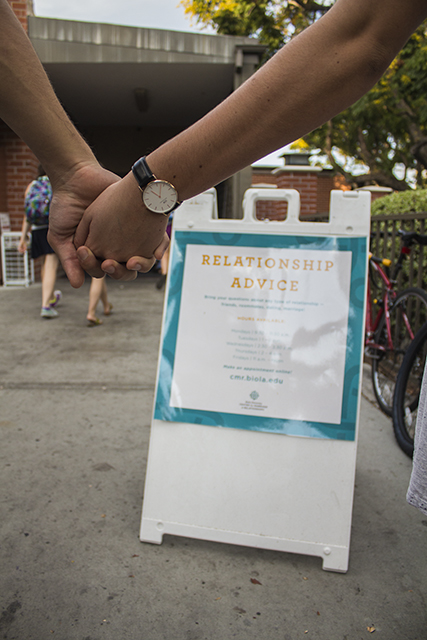 Without any prior counseling, Christian Higher Education professor at Talbot School of Theology, Octavio Esqueda married his girlfriend Angelica De la Torre while they both attended Dallas Theological Seminary in Texas. They have been married 19 years now. With California’s divorce rate at about 60 percent, one may ask what this couple is doing in particular to have success within their relationship.

He and his wife plan on attending this year’s Center for Marriage and Relationships’ conference “Going Deeper Together,” held Friday, Oct. 7 and Saturday, Oct. 8. This conference invites married couples within the Biola community and nearby churches to learn from communication, social psychology and spiritual formation experts with the goal of couples going deeper in their relationship with their spouse and God.

All attendees needed to register and pay a fee prior to attending, but none of the couples are required to bring their “baggage” of issues. A misconception is that marriage conferences are only for couples on the brink of divorce. Esqueda strongly disagrees and instead says conferences are for those who want to continue learning.

“People think that going to marriage conferences is only for people that have problems in their marriage,” Esqueda said. “But that is not true. People go to conferences all the time and it’s not because they suck or they have problems, they just want to know more.”

A major difference between Biola’s annual marriage conference and other marriage conferences is that the speakers are not all pastors but rather experts within their field of study. CMR is dedicated to giving couples practical applications within a biblical worldview.

“One of the great assets of these kind of conferences is that the presenters are professional counselors or experts who also provide a good biblical and practical balance. Many marriage counselors are led by pastors, which is good, but when you have also the psychological communication foundation and the biblical perspective, it’s very solid,” Esqueda said.
Equiping couples with realistic applications
According to CMR communications coordinator Amy Gee, an objective for the conference is to equip couples with realistic applications often used in wholesome relationships. The integration of marriage theology rather than it being a central focus for the conference is an additional distinction.

“We take information from the fields of psychology as well as communication and spiritual formation and combine those all together,” Gee said. “We want to integrate the academic and more of a practical practice to the theology.”

Chris and Alisa Grace, CMR’s director and consulting director respectively, have been married for about 30 years and will be partnering on a session based on the approach of using conflict to grow in a relationship.

According to Alisa, conflict is often driven by underlying emotional buttons pushed by unfit, superficial behavior. A couple can argue about money spending habits but the fight might actually be about power or the desire to be the provider.

“When we can figure out our own emotional buttons and we begin to understand our spouse’s emotional buttons, then we can quit fighting what’s on the surface and really get down deeper to the more intimate, more vulnerable level,” Alisa said.

Going deeper in a marriage involves knowing more about one’s spouse but also the fact that one will never know everything there is to know about his or her partner. People are like God in that sense, because there is an infinite amount of things to know about God.

“God is not just a concept to be grasped. God is a person. So being married is a relationship, it’s a person. My wife is not a book. That’s why it’s important to go to conferences, because you never fully know your spouse,” Esqueda said.