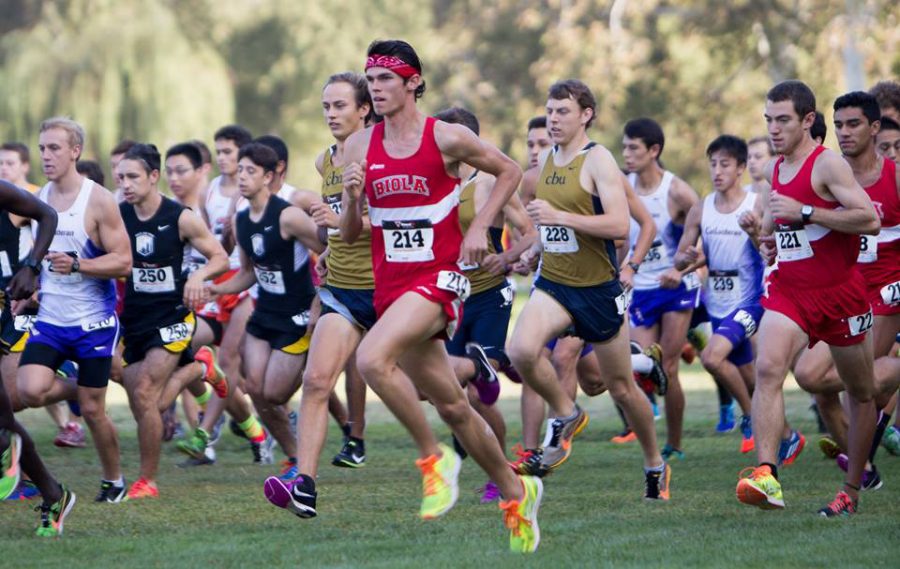 In typical Pacific Northwest fashion, the Charles Bowles Invitational in Salem, Oregon featured cold and rainy weather, a decidedly atypical climate for Biola’s men and women’s cross country teams that competed on Oct. 1. The men ran first and finished an impressive third place out of 21 teams. The women went one better and came second out of the 17 teams represented.

Junior Miles Brubacher performed best on the men’s side, running his way to a ninth place finish in the 207-athlete field. With his 24:52 time, he shaved 35 seconds off his finish at the UC Riverside Invitational on Sept. 17. Brubacher proved not the only Eagle to improve his time, as freshman Gabe Plendcio finished in 20th place with a time of 25:16, a 15-second faster run than at the UCR Invitational.

With that time, Plendcio also earned the honor of setting the new Biola freshman course record.
One for the record books
“It is pretty awesome knowing I have my name in the record books, even if it’s something as small as this record at a meet,” Plendcio said. “I can’t help but feel so blessed and thankful for the ability God has given me and the opportunity I have to run here under great coaching and even greater teammates which attributed to that record.”

The women’s team, not to be outdone by the men, had three finishers inside the top six and finished a total of only nine points behind the NAIA No. 1 ranked Northwest Christian University.

Senior Lyndee Dawson finished on the podium for the event, coming in third place with a 17:41. Sophomore Emily Ransom trailed right behind with a 17:40 finishing time and fourth place result. Junior Hannah Hunsaker rounded out the trio with sixth place and a 17:47 time.

The Eagles get to take two weeks off competition to prepare for their next meet, the Cougar Challenge hosted by CSU San Marcos on Oct. 15, with the first race starting at 8 a.m.