Americans should judge Snowden with caution 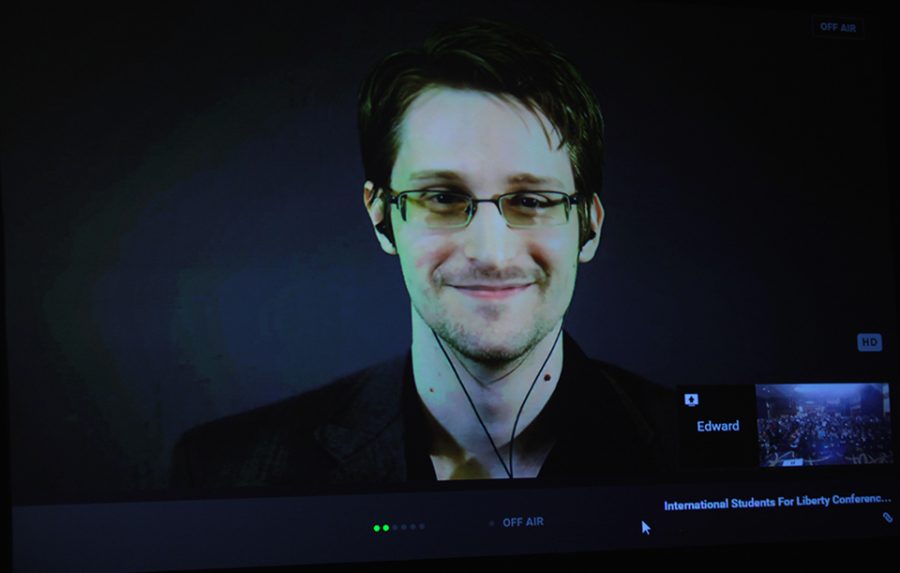 Over the weekend, Open Roads films released “Snowden,” a film based on the events involving National Security Agency whistleblower Edward Snowden. Critics gave mixed reviews, but the most interesting critique of the film was not written by a film critic at all, but by the House Permanent Select Committee of Intelligence. This report took a clear stance condemning the actions of Snowden. Although pardoning Snowden is still in question, we should at least not fear whistleblowing.

Exposed unnecessary surveillance of millions of Americans.
As a brief reminder, Snowden became prominent in media in 2013 when he released 1.5 million documents from the NSA, according to the CIA. These documents contained crucial information about America’s governmental and military internal system. The point of contention was that it also revealed the NSA was spying on all U.S. citizens through any technological device they could hack. Because of this, Snowden was charged for treason and is still wanted by the U.S. to this day. He currently is in Russia, granted asylum by their government.

Since Snowden’s situation is a special case, it makes it hard to form an opinion. There are many sides to the issue and it becomes a matter of who to trust. On one hand, the source is the American government. On the other hand, we have Edward Snowden, a former private contractor for the CIA, FBI and NSA who exposed the unnecessary surveillance of millions of Americans.

The House of Representatives Intelligence Committee, the committee charged with keeping government surveillance agencies in check, recently released an executive summary on the Edward Snowden case. These findings, released just before the release of “Snowden,” painted the whistleblower as a traitor who stole from the government. Recently, the possibility of pardoning Snowden has come to surface, but this is also too risky of an option for someone who is currently seeking asylum in Putin’s Russia.
A conversation rooted in research
On the other hand, Snowden and other news sources that are for pardoning Snowden offer insightful advice. Two-time Pulitzer Prize winner Barton Gellman heavily criticized the report by the committee, citing that four of their six claims were false, and a fifth argument that is hard to validate. The document also took 25 months to produce and only four summary pages of the 36-page document are released to the public. The precise timing of the report release and vague content of the committee findings seems off-putting for a committee whose job it is to make sure events like mass surveillance are not happening in the first place.

The hard part about judging whether Snowden was just in whistleblowing and his subsequent pardoning is knowing who to trust. It is truly an unfortunate and sad scenario to decide whether I believe one man who revealed a surveillance scandal or a government who is potentially trying to cover it up. Either way, this should not be a conversation filled with fear. This should be a conversation rooted in research, trust and contemplation. Whistleblowing should not be feared in the face of a potential security breach like this. It should be taken with a sense of urgency and immediacy.