SMU restructures their system to pursue a deeper focus on local missions. 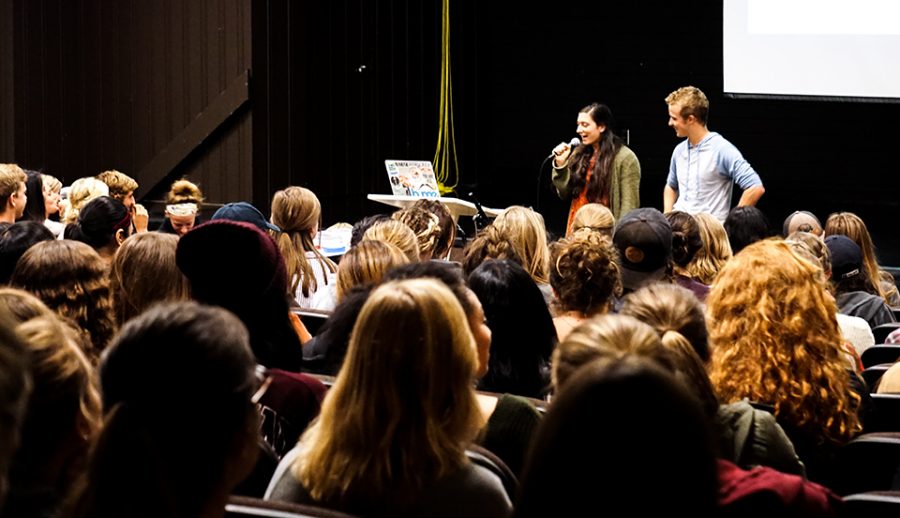 The Student Missionary Union will change their structure this year to adjust to the new trimester system starting in 2017.

With the restructured Department of Local Missions, SMU shifted their focus from international interterm trips to providing opportunities for students to get involved in missions in local cities during the semesters, instead of just on breaks.

“One thing that our board of directors in SMU has been tasked with this year is to think about what we’re going do during winter break in the coming years because the international interterm trips aren’t going to be happening any more,” said Kelsey Nyce, senior international business major and local missions logistics coordinator.

A Heart for Missions

SMU aims to include anyone with a heart for missions, whether it should occur overseas or at the local coffee shop, according to Nick Mutch, junior public relations major and short term missions director.

“I would hope that through local missions, there would be a heightened awareness as far as what the Great Commission calls us to do and especially the Acts 1:8 model [where] Jesus calls us to serve as a witness to Jerusalem, Judea, Samaria and to the ends of the earth,” Mutch said. “And we’re not limited to just going overseas… So it should serve as a motivator and it should heighten the sense of urgency for gospel advancement.”

The structure of the Department of Local Missions includes three components based on Acts 1:8. The first one includes evangelistic trips called “Jerusalem Projects,” where students go throughout the fall semester to local cities such as Fullerton and Los Angeles, according to Nyce. Although each team will contain a set number of consistent members, other students who seek a deeper understanding of their role in missions can volunteer.

“We really want this to be something that is very accessible to everyone,” said James Stinson, junior christian ministry major and Fullerton team co-leader. “People that are already involved in missions and have done evangelism before can come and then also people who are terrified of it and have never done it before.”

The Department of Local Missions seeks to also open the opportunities for students who may come in the middle of the semester or simply do not have the schedule to commit to a full semester.

“We might have a team already, but that doesn’t limit [the volunteers],” said Amanda Hockett, sophomore intercultural studies major and Fullerton team co-leader. “You can come evangelize with us, so it’s not a commitment. Some people can’t commit to a whole semester but that shouldn’t stop them from sharing the gospel.”

The second component, called the “Judea Projects,” will take place during spring break, with the goal of reaching other parts of California. The third component consists of short-term international trips, which will continue over the summer. Students have the choice to participate in one or all of these opportunities.

“A huge desire around this department is for students to just realize their identities as evangelistic disciple makers, and that it’s not something that we do, but it’s a part of who we are,” Nyce said.

In order to heighten the desire of Biola students to engage in missions and spreading the gospel, Mutch hopes more students will reach out to other ministry opportunities on campus and to see more interaction between those ministries and SMU.

“We’re not limited to SMU. There’s so many ministries around campus that are offered, and maybe SMU can be the face of missions in general, but hopefully it can spur on just the involvement of other ministries that are at BIola,” Mutch said.