For the first time in several years, UCM seeks to retell the Biola story. 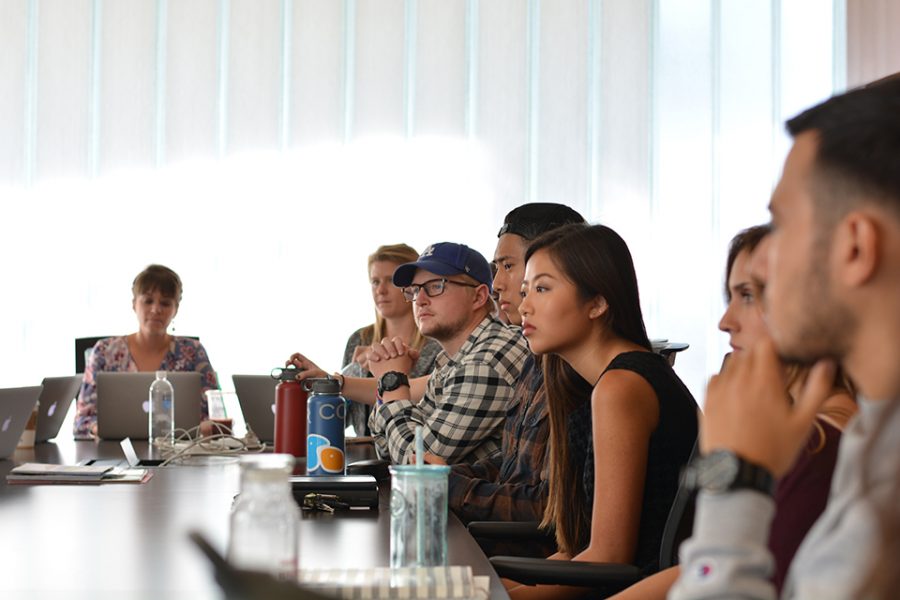 University Communications and Marketing seeks to enhance the Biola web experience and how they tell their story to prospective students and families.

Case for Change
UCM brought in a partnering company, Ologie, to talk to Biola students and faculty on Sept. 13-15 to create a new brand idea. With this idea, Biola plans to create a new tagline and visuals, as well as a new mobile-friendly website. The new initiative is part of the “Case for Change” proposed by the President’s Administrative Council in 2015.

“The ultimate goal is to see enrollment increase. We want to get to a place where we have 10,000 students by 2022. And that will be here soon. And so we will know if we are successful in all this if we start to see movement in that direction,” said Brian Miller, senior director of UCM.

To begin that change, Ologie will examine what members of the Biola community share and come up with several deliverables. One of the most vital of which is coming up with a consistent tagline to convey Biola’s purpose, according to Miller.

“What we want is a consistent brand voice, across everything. So that we don’t have these several things popping up,” Miller said. “There’s real strength in having just one voice, one tagline, and then also, one visual that can kind of represent everything, we can customize in different schools and departments but it would be cohesive.”

Other goals include making Biola’s website mobile, creating an anthem video to put on the website and putting consistent visuals in a new brochure for undergraduate and graduate prospective students, as well as signage for campus.

Miller wants students and faculty to participate in choosing a new way of presenting Biola, claiming their stories create the image of Biola. Jonathan Mull, junior sociology major, believes an important part of Biola’s image includes the life outside of classes.

Andrew Haberman, senior business major, finds some current things, like Biola’s insistence on student affordability, should be removed from the branding the university presents to prospective families.
Communicating the opposite message
“I would like to see the affordability language taken away because that’s kind of a personal peeve of mine is that one of Biola’s hallmarks of its brand is improving student affordability,” Haverman said. “But yet I’ve been here for five years, and tuition has increased almost every year. And so I think for me, that kind of communicates the opposite message.”

Other students have the option to share their voice in the expression of Biola’s story by visiting ww.menti.com and entering code 31 92 72.

Lee Wilhite, vice president of UCM, explains that as local demographics shift, enrollment efforts change and a consistent story is necessary to recruit students and parents.

“So as we assess all of those things, it’s one thing to know [the data], it’s another thing to then take that knowledge and apply it some way in terms of how we’re going to talk about our university and how we’re going to continue to emphasize the things are really really important to a prospective parent or student as they consider making an investment in an educational experience like Biola,” Wilhite said.

With these changes in mind, UCM hopes to unveil its new brand in summer 2017.