With election season approaching, it is the duty of the American public to stop the war industry’s growing political influence. 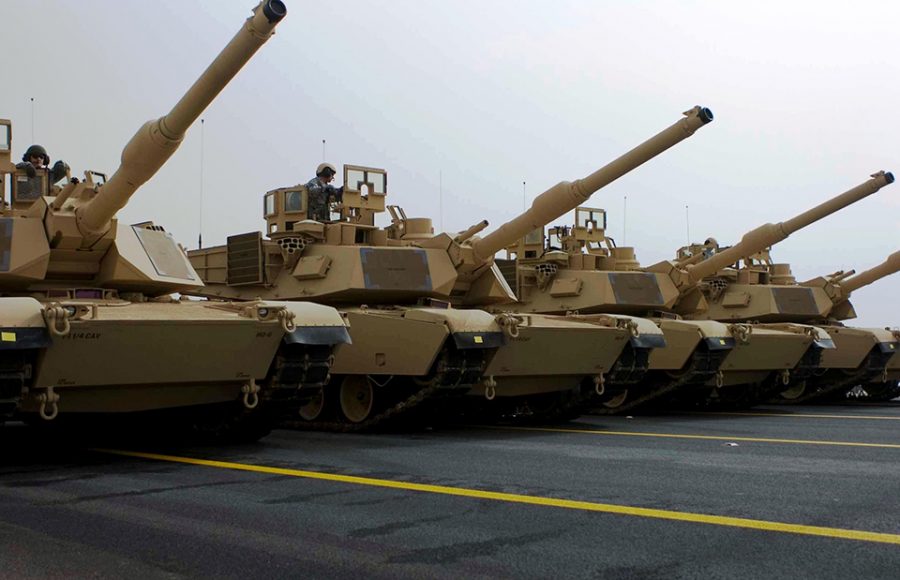 In his 1961 farewell address, President Dwight D. Eisenhower warned the American populace in about the dangers of what he called the “Military-Industrial Complex” — the relationship between a growing war industry and a war-making government. As the United States continues to expand war in the Middle-East and export billions of dollars of weapons to some of the world’s most odious regimes, Americans must prevent the arms industry from harming our democracy. With a presidential election approaching closer, the ability for the American people to prevent the unwarranted expansion of the war industry is the most important issue in regard to the health of this democracy.

An expansive war economy
Eisenhower was hardly a peace-loving dove. Respected for his role as Supreme Commander of the Allied Forces in World War II, the former five-star general found his administration marred by its role in the 1953 Iranian coup and the CIA assassination of the first democratically elected president of the Congo. Eisenhower was the most qualified to discuss about the war industry, but it seems as if the political influence and spending of defense contractors would fail to capture the imagination of Eisenhower if he was alive today. The American people need a new vocabulary to define our incredibly expansive war economy and arms industry.

I would like to imagine Eisenhower would be in shock today if he found out President Obama — a supposedly peace-loving president and winner of the 2009 Nobel Peace Prize — was responsible for managing an administration that has approved an unprecedented $200 billion worth of weapons from American weapon makers. The administration was also responsible for exporting $23 billion in weapons to foreign countries and, according to director of the Arms and Security Project at the Center for International Policy, is “credited with more than half the value of all global arms transfer agreements.” Obama has apparently been very beneficial to weapons makers and their profit margins.
The United States, death merchant of the world
The next president will have to manage the national war portfolio for the entire length of their respective term. The public’s ability to reign in the Pentagon and prevent the war industry from influencing our war-making decisions is one of the most seminal issues of our time. How can the United States continue to call itself a democratic republic if a very small group of profit-seeking weapons makers continue to influence our foreign policy? In an interview with Empire Files host Abby Martin, Lawrence Wilkerson — a former Army colonel and chief of staff to Colin Powell — warns the “US presence in Afghanistan will not go away for another half-century.” The United States is, according to Wilkerson, the “death merchant of the world.” Wilkerson’s message seems true as the bombing campaign against ISIS has expanded into Libya — a country the US is responsible for destabilizing in prior military operations.

As the United States continues to supply Saudi Arabia and Ukraine with massive amounts of weapons, it is the responsibility of the American public to pull on the leash — if there still is one — of arms makers and reign them in. Let us all end American militarism before it end us.