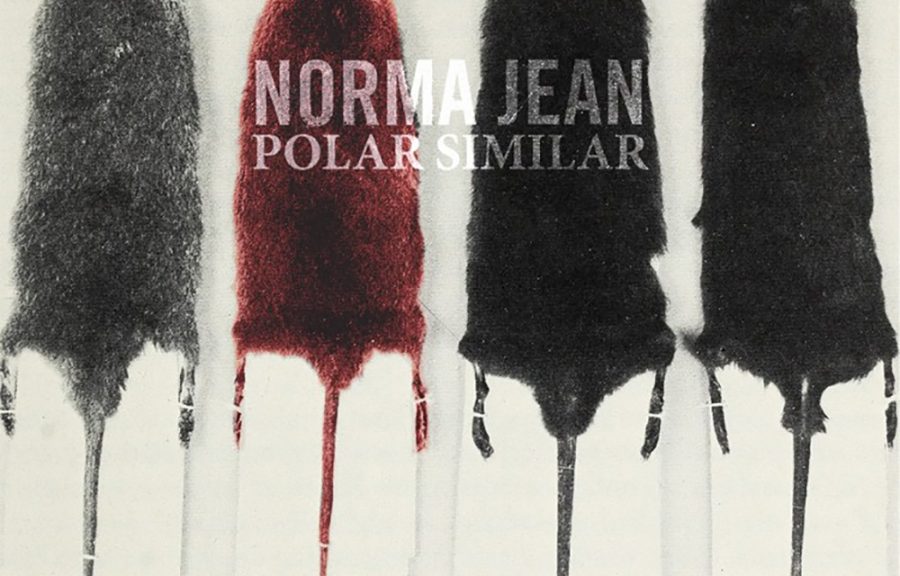 Hardcore music experienced growing pains in the ‘90s. While Death Before Dishonor and Earth Crisis kickstarted the tough-guy faction, Zao, Botch and Thoughts of Ionesco helped bring unheard-of brutality and emotional abandon to the movement. Dillinger Escape Plan brought what fans now call mathcore to its overwhelming conclusion in 1999, but Douglasville natives Norma Jean injected accessibility into the suffocatingly heavy, experimental subgenre with their debut, “Bless The Martyr & Kiss The Child.” After 14 years of carving paths less trodden with their relation to Christian label Solid State Records and intermittent interest in stoner metal, “Polar Similar” proves Norma Jean still produces some of the most exciting music in their genre.

Stampeding out of the gate
“I. The Planet” sends Norma Jean stampeding out the gate like a pack of rabid wolverines with destructive groove and chunky riffage barreling under vocalist Cory Putman’s venomous declaration, “I hope you burn.” How they continue producing inspired music after their contemporaries broke up or rode the wave of their prior success will remain a mystery, but the infectious anger “Polar Similar” brings to the table demands respect over and over.

Norma Jean masterfully strides between songwriting chops and hideous brutality. Both the opener and the following “Everyone Talking over Everyone Else” pacify bludgeoning rhythm with melodic guitar and vocal undercurrents. The latter track showcases Putman’s singing range with the climactic note he hits before a slugfest breakdown sideswipes the listener.

“Death Is a Living Partner” and “Reaction” may represent the savage and subdued ends of “Polar Similar,” but both extremes consistently find a place on almost every song. Even the poppy guitar line of “Synthetic Sun” shines over a distorted, rageful foundation, while an old-school stoner metal feel finds a spotlight in the bass tone and triplet-based groove of “The Close and Discontent.”
Norma Jean’s dynamic capacity.
“Polar Similar” features plenty of the mathcore trickery fans have loved about them since their inception. Although showing up relatively sparingly compared to their more experimental brethren, it certainly provides where needed most. More straightforward tracks like “1,000,000 Watts” specialize in provoking crowds to decimate each other, but “Forever Hurtling Towards Andromeda” will have mosh pit warriors tripping over jagged guitar stabs and unpredictable drum patterns. Neither approach jumps to such an extreme that they clash with the other, as “An Ocean of War” and “A Thousand Years a Minute” demonstrate, perfectly balancing danceable structure and syncopated dissonance.

“II. The People,” “III. The Nebula” and “IV. The Nexis” draw attention to this album’s greatest asset: dynamics. Twists abound in “Polar Similar,” but the subsequent entries in a quadrilogy of tracks provide a foreboding soundscape, a twangy blues interlude and the concluding apex of Norma Jean’s dynamic capacity. Noodling clean guitar gives way to sludgy bottom-end and tension-filled drum beats which explode into familiar heaviness. Then the track drops into a hypnotic post-rock jam. Just when the track seemingly ends in feedback, sample-laden spoken word lingers over guitar swells until cadenced out by a babbling brook, bringing a truly astounding album to a close. Longtime fans certainly have their favorites from Norma Jean’s discography, but “Polar Similar” encapsulates their potential like never before.