Native Americans and environmental activists continue to protest the construction of the Dakota Access oil pipeline. 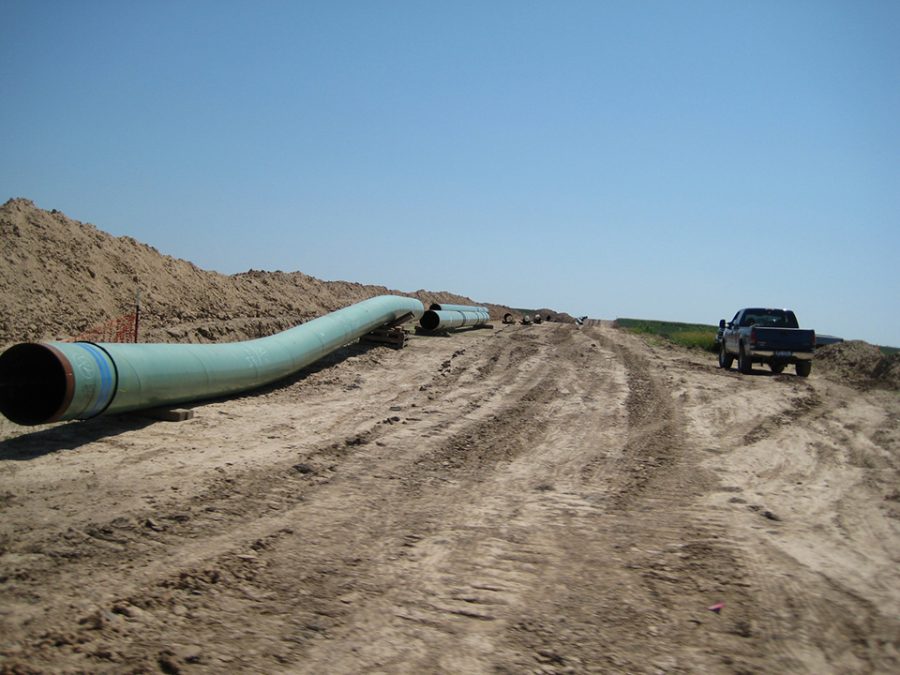 Violence and mass civil disobedience ensued as environmental activists and over 100 Native American tribes converged in the past few weeks to protest and stop a $3.8 billion oil pipeline planned to transfer oil across four states. The recent trend of increasing oil and gas production in the United States has contributed to the growing effects of anthropogenic climate change. Climate change affects all of us and will become more violent unless all people resist powerful oil companies.

Oil industries knew about climate change
Native American tribes congregated in North Dakota not only to prevent the oil pipeline posing massive environmental damages, but to also protest the destruction of Native American burial sites. Over the last few days, the Dakota Access pipeline companies hired security contractors to attack the protesters with pepper spray and dogs. According to a report by Democracy Now, “if completed, the pipeline would carry about 500,000 barrels of crude per day from North Dakota’s Bakken oilfield to Illinois.”

Oil companies do not care what happens to the environment. Corporations, especially large energy corporations, will continue to excavate and extract oil and gas to maintain their bottom line. These companies will also continue to spend millions of dollars on lobbyists in order to deny the harmful effects of climate change, while continuing to reshuffle their investments and corporate structure in order to accommodate a bleak future.

Journalists and reports have shown how the oil industry knew about climate change for decades but refused to address it. According to The Guardian, “the Stanford Research Institute presented a report to the American Petroleum Institute (API) in 1968 that warned the release of carbon dioxide from burning fossil fuels could carry an array of harmful consequences for the planet.” Corporations exist to make a profit by any means necessary.

Not afraid to deploy violence
The North Dakota Oil Pipeline protest also shows how indigenous communities are one of the only few groups investing massive amounts of time and effort in order to save the planet. My own personal experience visiting indigenous, Afro-Colombian communities and the Cerrejon mine in northern Colombia allowed me to see how oil corporations are not afraid to deploy violence in order to protect their energy infrastructure. Although oil companies in the United States do not hire paramilitary forces to terrorize and kill protesters like they do in Colombia, American corporations will still use some form of violence to at least delay the struggle to fight environmental destruction.

I find the struggle to fight climate change and the environmental encroachment of energy companies to be deeply personal due to the fact that all of us, including future generations, will be affected by the destructive symptoms of climate change. Rebecca Solnit penned a superb article in The Guardian on how “climate change is violence.” In the article, Solnit descried how the industrial-scale destruction of the Earth will force people to fight over resources and survival.

The protest against the Dakota Access pipeline is a beautiful struggle, but one we must all take with great seriousness. Failure to stop the pipeline will only push human civilization closer to the brink of violence.