After weeks in packing boxes, student success moves to their new location in Sutherland. 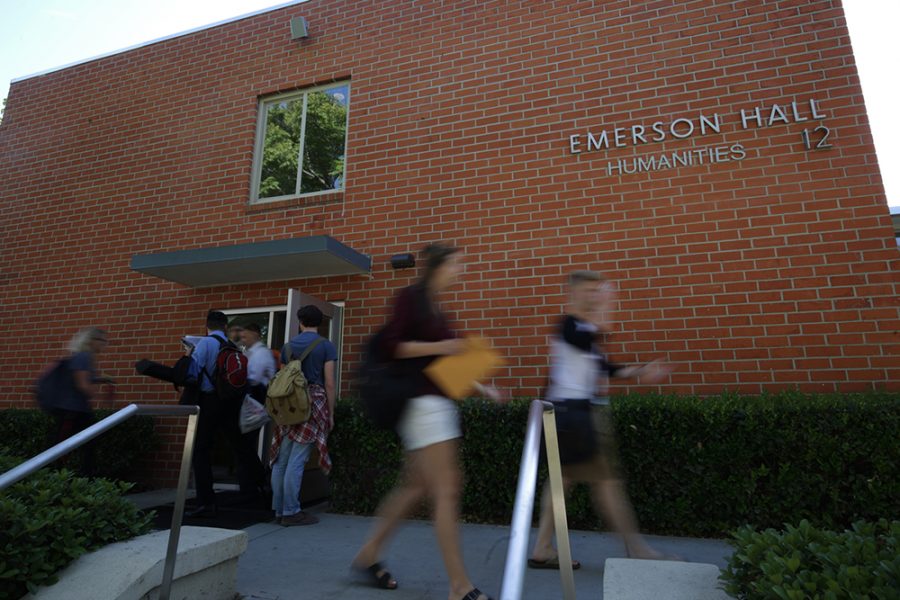 Sutherland is expected to provide better organization and a smoother workflow between academic advising and career development, as well as within the department of education.

The school of education utilized space more efficiently than in their previous location in the portables next to the Caf. Student success, moving from Metzger and the student services building, expects the new location to feel more professional and add greater privacy for students.
together in one space
The center for career development and academic advising, both under the department of student success, will be together in one space. Carrie Stockton, dean of student development, expects this to benefit faculty as well as students who will now be able to find answers regarding classes, internships and jobs from either department in the same location.

“All the offices that are on the first floor of Sutherland will be for this new combined student success team,” Stockton said. “We’re excited, I think, about just the synergy between the advising team and the career team because we think there’s a lot of overlap, but right now it’s kind of hard to make an easy referral when you’re so far away on campus.”

The newly renovated offices have doorways compliant with the Americans with Disabilities Act standards to allow better access for students with disabilities. Stockton considers this an upgrade for the departments, which have always been in cubicles, because closed offices allow greater privacy for students to discuss important matters with their advisors.

“I think [it] just allows it to feel a bit more of a professional space where students can feel as though they’re able to kind of share their story and they’re not going to get interrupted,” Stockton said. “All of us really feel like it’s a huge facilities upgrade in a sense of the spaces we’re going to get to occupy…and be able to have a level of privacy we haven’t had before,” Stockton said.
more central on campus
Because Stockton feels Sutherland is more central on campus than Metzger or the student services building, she expects the location to be more convenient for students to stop by on their way to class.

June Hetzel, dean of education, enjoys the department being back in their original location when it was founded in 1952. The new offices have also helped organize the different branches of the department, to allow better coordination among similar offices within.

“Coming here to the upstairs of Sutherland Hall, not only does it feel like we’re coming home…but it also feels like it’s united our faculty and staff physically,” Hetzel said. “We feel like we’re able to compartmentalize a little bit easier in our physical space.”
different wings
The different wings include the administration and graduate wings on the left side of the central stairs, and the credential analysts and the teacher preparation program on the right side.

A few weeks after moving in, boxes are still being unpacked and details being finished. Dennis Eastman, director of teacher education, described the current state of his office.

“This office is like a character of the Christian life: under construction,” Eastman said.