Relay for Life runs for 24 hours

A team from Biola will participate in the fundraising and cancer awareness event Relay for Life. 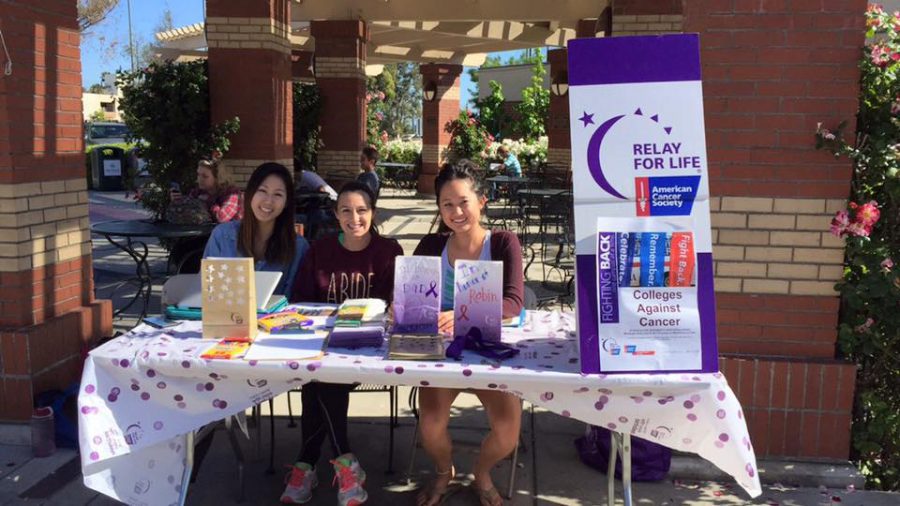 Members of Biola Colleges Against Cancer, prepare for this year’s Relay for Life in La Mirada by organizing a team and raising funds.

This year’s local Relay for Life will take place from 9 a.m. May 14 to 9 a.m. May 15 at Splash! La Mirada. The 24 hour awareness event and fundraiser will donate 100 percent of the proceeds to cancer patients and cancer research through the American Cancer Society.

“It goes on for 24 hours. The idea behind that is cancer doesn’t sleep so we don’t sleep. We’re not going to stop until we fight for a cure,” said Janet Suh, senior nursing major and president of Biola Colleges Against Cancer.
THE MAIN GOAL
Suh began planning for the Biola chapter, one chapter of the larger organization established by the American Cancer Society, in December 2015. The club first held meetings in the spring 2016 semester on the second and fourth Tuesdays from 4 p.m. to 7 p.m. in Marshburn room 4. The club’s main goal aims to support those in the Biola community cancer has directly or indirectly affected.

“The story behind [the beginning of the club] is my father had cancer the past two years and then he passed away this past summer and so during that summer up until the end of last semester, God was really working in my heart and teaching me a lot of things about what I’d received during that time because my dad, he really was a miracle every day that he lived,” Suh said. “I know everyone is affected by cancer and touched by cancer so for me my greatest wish and desire is to be able to give that hope to other people within our Biola community as well.”
forming a team
The club now has approximately 15 to 20 members. The group has formed a team for Relay for Life with a total of 16 participants and room for others to join.

Though one of 48 teams currently signed up, together they have collectively raised $57,732.64, as of May 4, toward the goal of $150,000. Though most of the fundraising occurs on the day of the event, Biola Colleges Against Cancer has started with fundraisers on campus, including the sale of luminaria.

“They have a luminaria ceremony where luminarias are these little paper bags that have a candle in them and people decorate them either honoring someone who’s passed, or in remembrance of them, or celebrating someone who’s fought cancer and is a survivor. And those bags line the track once it gets dark, or the course once it gets dark, and they have a really cool ceremony where they read off the names of all the people that are on the bags,” said Kathleen Christensen Bell, senior nursing major and organizer of Biola’s team.
regretting not becoming involved
Freshman intercultural studies major Nicole DeMarcus remembers her high school participated in Relay for Life, but she regrets not becoming involved at that time.
“I just remember receiving emails but I wasn’t actually there but I would definitely do it and be a part of it and participate in it actualy this time,” DeMarcus said.