A beginner’s guide to K-Pop

Attempting to get into a new genre, especially from a foreign country, can be difficult — but look no further for recommendations. 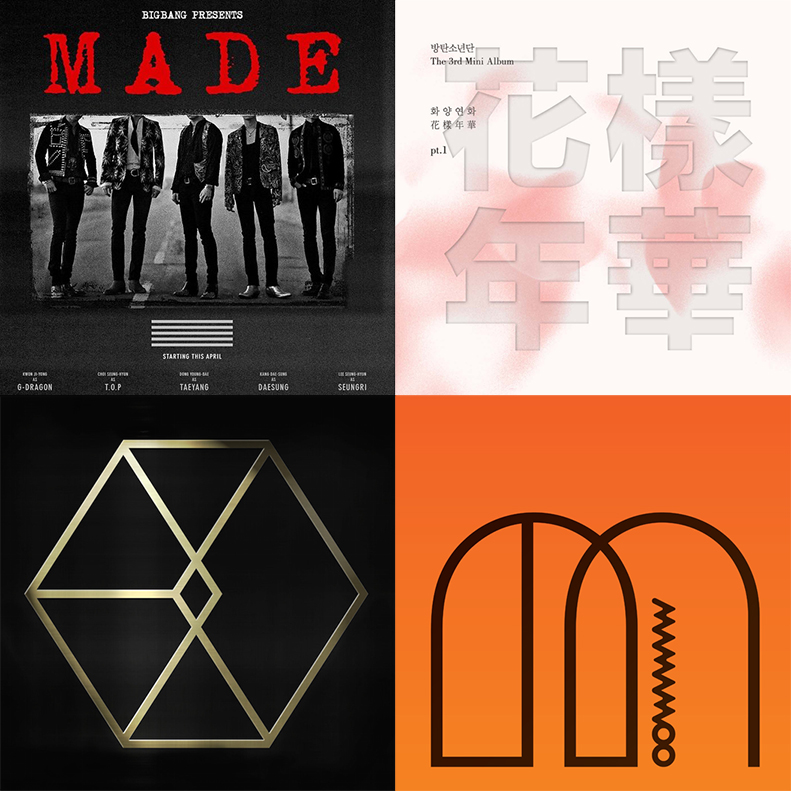 The Korean pop music industry has taken the world by storm. From one of the most universally known Korean songs, “Gangnam Style” by PSY, to less popular songs, such as “Fire” by JJCC — the United States is only one of the many countries tuning into the foreign music from South Korea. These songs are not just one hit wonders, and wanting to explore the realm of K-Pop can be intimidating if you do not know where to start. Here are some of the most popular contemporary K-Pop bands.

Big Bang
Although Big Bang is diminishing in their active work because the members are about to leave for their required military service, the popularity remains strong. Just last year they released their newest album — “MADE” — and successfully completed their MADE World Tour in over 13 countries. The MADE World Tour even won the title of largest K-pop arena tour, playing packed shows in the Staples Center and the Honda Center. I prefer their newer songs from the “MADE” album, such as “Bang Bang Bang,” “Loser” and “Bae Bae.” Yet older songs such as “Bad Boy,” “Still Alive” and “Fantastic Baby” are also electrifying jams.
BTS
Bangtan Boys, or BTS, leans more towards hip-hop than pop but they are high enough on the mainstream — and my personal — charts that I have to write about them. I hesitated to mention “Gangnam Style” in the beginning, because I cannot stand it being one of the most recognizable K-pop songs, but there is hope as BTS’s “Most Beautiful Moment in Life Pt. 2” album outsold PSY in the U.S. BTS’s newest music video, “Young Forever,” has already surpassed four million views in less than a week. It is almost impossible for me to pick favorite songs, but “I NEED U,” “Run,” “Dope” and “Danger” are great go-to’s.
EXO

I cannot write an article about K-Pop bands without mentioning EXO. Fans will argue as to which band is more popular between EXO or BTS because they are both so well known. EXO struggled in the past with a total of three members leaving, but the band still goes strong, winning a total of 101 awards. Although I prefer to listen to the Mandarin versions of the songs, the Korean is just as catchy and entertaining. “Call Me Baby,” “Love Me Right” and “Overdose” should be the first songs by EXO you hear.

Mamamoo
I love Korean boy bands, but several female bands have stolen my heart, too. I especially cannot stop listening to Mamamoo’s entire discography. They use pipes powerful enough to rival Adele’s with concepts that challenge the typical girly cutesy Asian girl group stereotypes. Although the band is only two-years-old, they have released enough songs to quickly gain popularity on the mainstream music charts in South Korea. Some great introductory songs to Mamamoo are: “1CM (Taller than You),” “You’re the Best,” “Piano Man” and “AHH OOP!.”
Honorable Mentions:
If I were to write about all my favorite Korean artists, I would need to publish a book. These four artists are not the only excellent musicians, so here are some honorable mentions — F(X), 2NE1, 4Minute, B.A.P, Block B, Got7, SHINee and Monsta X.