The kid from hell takes Netflix 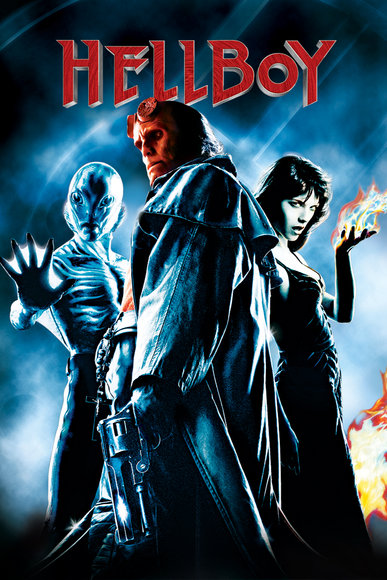 With a back catalogue including anime-inspired slugfests, riveting fairy tales and gothic romances, Guillermo del Toro’s meticulous visual style acts as connective tissue in his polarized body of work. Indeed, the most memorable aspect of his second foray into comic book movies back in 2004 was just that. “Hellboy” is not a perfect film in terms of screenplay and plot, but certainly provides a fun horror/fantasy adventure and a great addition to the Netflix catalogue.

Hellboy, played by Ron Pearlman, is brought to Earth because of an ill-fated attempt to cause the apocalypse. The resurrected mad monk Rasputin, played by Karel Roden, Nazi scientist Ilsa Haupstein, played by Bridget Hodson, and the ninja-esque undead surgical addict Karl Ruprecht Kroenen, played by Ladislav Beran, inadvertently brought Hellboy through a portal they opened to awaken seven doomsday monsters called the Ogdru Jahad.

He learns the value of self-sacrificial love because of virtuous people like his adoptive father, played by John Hurt, in the Bureau for Paranormal Research and Defense (B.P.R.D.) — which essentially functions like S.H.I.E.L.D. does in the Marvel Cinematic Universe. This allows him to avoid becoming the beast of the apocalypse. It would be a generic tale of redemption if not for the interesting angles that keep it from becoming mundane.
Remarkable
Del Toro brought the universe created by “Hellboy” mastermind Mike Mignola to the big screen in a remarkable way. Many scenes are disconcerting not for their violence, but because prosthetics and practical effects coincide with CGI to the point where they can be watched 12 years after their initial screenings without it feeling too dated. Monsters look truly grotesque, and the set pieces are perfect renditions of Mignola’s world of gothic horror and dark fantasy.

While certain action sequences look a bit hokey and stylized by today’s standards, they feel grounded enough to garner convincing tension and consequence. In spite of their primary concern with a giant red guy repeatedly smashing and getting smashed by an awesome-looking monster, many scenes are genuinely creepy and stay with you long after the credits roll.

While all of this might sound wonderful, “Hellboy” suffers from inconsistent characterization. While Hellboy is portrayed perfectly — Ron Perlman was born to juggle Hellboy’s lackadaisical combination of combativeness and sarcasm in the same way Ryan Reynolds was born to play Deadpool — Selma Blair’s portrayal of the “pyrokinetic” Liz Sherman is more of a vessel of whininess than the one of strength in Mignola’s comics. The pointless love triangle between them and B.P.R.D. agent John Myers, played by Rupert Evans, leads to some of the most cringeworthy scenes in the movie. Myers was a failed attempt at a fish-out-of-water character and should not have been in this movie.

Abe Sapien, played by Doug Jones, is used well enough as a voice of reason, but the generic B.P.R.D. agents only exist to provide comic relief before dying violently. The most blatantly misused character is Tom Manning. Jeffery Tambor brings his brand of comedy to the bureaucrat, but it clashes with his environment to the point of irritation. Ultimately, both he and Myers represent an overarching lack of truly compelling characters. However, this movie is about Hellboy. He is wonderfully portrayed, his world is immersive and his adventures are highly entertaining. Essentially, anyone who likes watching fun adventure movies over a steaming bag of popcorn will thoroughly enjoy this movie.