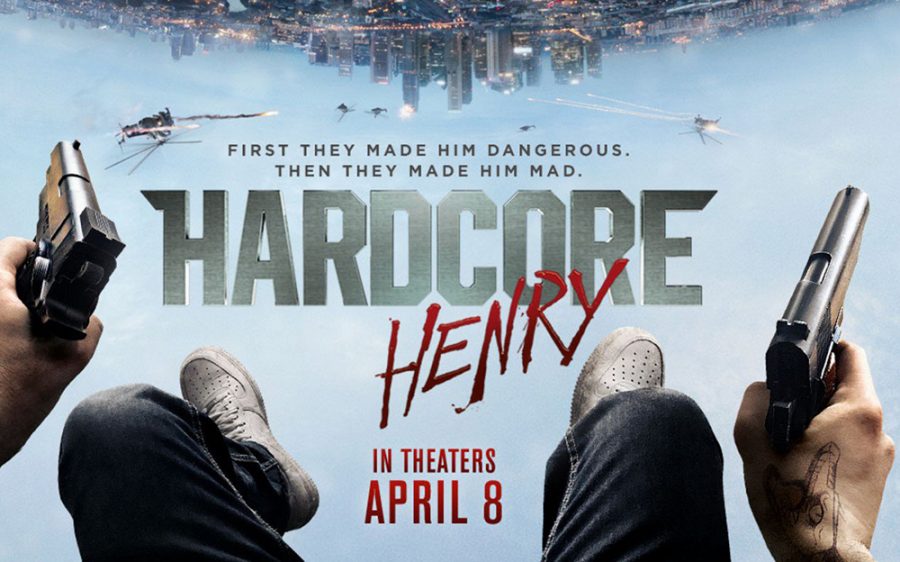 From a technical perspective, “Hardcore Henry” induces excitement by thrillingly providing audiences with the first blockbuster point of view action film — created by easy to use GoPros.

in first-person
The problem faced by films shot in first-person, like “Doom,” is that it provides an uninteresting and unsurprising method of telling a story. Everything unfolds from one perspective, so the time cannot reveal as much.

However, Moscow-born director and the lead man for the band Biting Elbows, Ilya Naishuller successfully bursts onto the scene with his debut piece “Hardcore Henry” — a desensitizing, tenacious invasion on the general conception of unique cinematography. It is undeniably well directed: the idea of chic first-person point of view camera angles is carried out vigorously.

Aside from the action, the film has sudden spurts of humor, some driven by conditions, some pushed via characters, some thanks to the point of view. Despite not having a lot of those elements, the film’s gold lies in an alleviation in the course of all that jam-packed action.

caring heart and relentless soul
The main character, although never appearing physically, communicates a unique personality despite being paradoxically part robot. The point of view aspect helps viewers understand who Henry is despite never seeing him physically or hearing his voice. At times, the first person perspective permits the viewer to immerse themselves into Henry effectively. The viewer is able to understand the caring heart and relentless soul of the cyborg that is Henry.

The first person insight of Henry also aids in understanding the great acting by a specific clone in the movie.

Jimmy, played by Sharlto Copley, is a clone or clones of a scientist who helps Henry on his journey to save his wife. Copley’s acting is as compelling as the action itself. Copley is extremely amusing to observe and did the right thing in not being the identical character he played in both “Elysium” and “District 9.”

As Jimmy, Copley’s interactions with Henry are not trustworthy, with signs that he may betray Henry at some point, keeping viewers on edge and intrigued. However, throughout the movie, the two seemed to form a bond, which is ironically touching in the midst of all the hardcore violence.

subpar plot
There are negatives to this film. The overall plot is subpar. The antagonist Akan, played by Danila Kozlovsky, is only creepy and unfortunately deficient of intimidation.

Additionally, the constant-moving GoPro filming was hard to get used to, inducing severe nausea within the first 10 minutes.

Another negative lies in the use of female characters. Despite some attempts, women are unfortunately relegated to lesser roles, causing some to accuse Naishuller of being a sexist.

Whether this is going to be critically acclaimed as a technical masterpiece or a cinematic flop, it will be a cult film for many film snobs, simply because this movie provides so much fun all in a small 90-minute time frame.

With “Hardcore Henry,” Naishuller may have finally succeeded where so many filmmakers have failed before him — creating a satisfactory film using the first person point of view. For an action movie of this caliber, “Hardcore Henry” is a cohesive, cinematic joyride that is definitely worth the 90 minutes.