Do not forget Earth Day

The holiday celebration in grade school needs to carry on into adulthood. 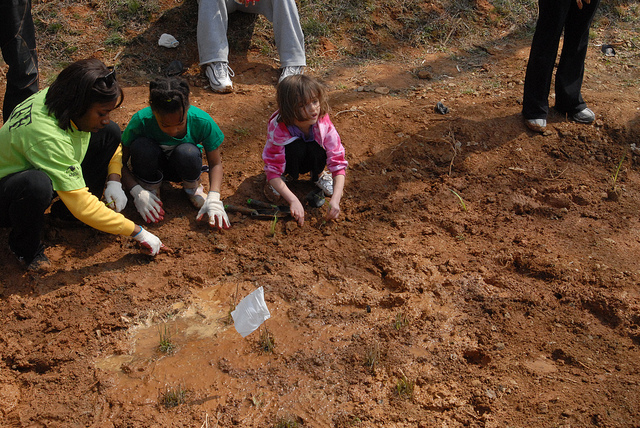 The environment is and should be the most important modern global issue. Earth Day is April 22 and highlights the problems of global climate change.

AN ACTIVISTS’ MOVEMENT
Remember that holiday you celebrated in elementary school? Well the issue surrounding the day has evolved to the point where 2015 was the hottest year recorded by the widest margin. We cannot let the spirit of Earth Day die once we grow past childhood. We, especially as Christians, need to make Earth Day a lifestyle.

To many, Earth Day is remembered as something you celebrated when you were young. The entire day was dedicated to global activists’ movement and its future. It ingrained in us the seeds of supporting a good cause. It gave us the idea that environment is a cause worth supporting. There is no reason why students should not be educated beyond the days of our childhood about the dangers of abusing the one planet we have.

For those who cannot recall the annual lesson from the second grade, Earth Day was founded in 1970 by former U.S. Senator Gaylord Nelson. He saw the need to create an activists’ movement after seeing the effects of an oil spill in Santa Barbara in 1969. The movement was historical because it was a rare occasion in which both Democrats and Republicans supported the movement. Today, Earth Day represents a global movement to help foster a better place for those to live in the future.
A TRENDY MOVEMENT
Earth Day’s importance cannot be stressed enough. People today look at environmental activism as a trendy movement. This is not the case. We were given one Earth to live on. So far, astronauts and scientists have not figured out ways to live on other planets. It would cost millions of dollars alone just to fly to the moon.

We cannot keep neglecting the lack of any easy way around solving the problem of climate change. It will cost money. It will take a lot of effort and manpower. People will lose jobs because of societal re-adjustments. We as humans already tarnished the world too much to continue neglecting this issue to neglect this issue. We cannot overlook this problem anymore. We need to act fast.
STEWARDS OF THE EARTH
Furthermore, it is our duty as Christians to be stewards to the Earth. The Bible recounts God’s creation of the Earth in Genesis in a beautiful and wonderful manner. He preciously and meticulously created the Earth out of nothing. God loved the Earth so much he deemed it good. God laid the Earth in our hands to rule, saying to Adam and Eve in Genesis 1:28, “Be fruitful and increase in number, fill the earth and subdue it. Rule over the fish of the sea and the birds of the air and over every living creature that moves on the ground.” In this case, we as humans have dominion over everything else on this planet. If that is so, we should care for for our kingdom. We should care for out for the well-being of our one, giant subject, Planet Earth.

Make this Earth Day meaningful. It is not a children’s holiday. It is a human holiday. Make it more than a holiday or movement. Make the idea of taking of care of the Earth a lifestyle rather than a day.