Mind the unintended consequences of volunteering 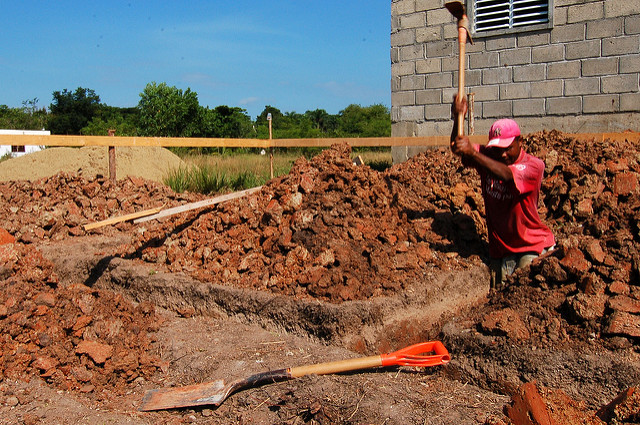 Everyone can see a picture of a starving child and feel sympathetic to their situation. But when someone makes the commitment to travel overseas to help a third world country village we must ask whether this actually helps them. Volunteers lacking training in these foreign countries only further hinder their ability to use these buildings to their full potential.
sad conclusion
Recently a study by Vulnerable Children and Youth Studies concluded when celebrities or volunteer tourists visit these orphans they cause more harm to the institution. Volunteers think these visits create publicity for the orphanage to gain more money when in reality the living situations are much worse than what the operators present to the volunteers.

This sad conclusion is preventable if the people involved with the mission become more educated regarding the situation rather than just wanting to build houses. Research should be done about the establishments instead of blindly going to any place the church feels needs to be visited by their volunteers.

Building churches in an unknown village sounds like a positive endeavor. Unfortunately this ultimately puts local, skilled masons out of the jobs they specifically specialize in, allowing people without knowledge of brickwork or architecture creates a building that otherwise could be built by skilled workers in the area who need the money and are willing to do the job quicker and better than most. Fundraising for local workers or architects would be much more helpful because these workers have the expertise to build a lasting structure. These workers have roots in the local villages and are able to create a safe space for the masons to come back and update the building as needed. This is unlike some volunteers on missions trips or philanthropic visits who are inexperienced and have no local roots in the nearby community.
Good intentions
“The mantra of ‘good intentions’ becomes unworthy when it eventuality can give a South African AIDS orphan an attachment disorder or put a Haitian mason out of work,” said Jacob Kushner, a New York Times writer. Promoting the idea of bettering a third world country is an admirable idea — but if one truly wants to help those people in need they must contemplate what will happen after they leave. Will these people be able to upkeep the building? Will the townsfolk be able to hire teachers or people to use the building correctly?

Not providing sustainable resources for the area visited is counterproductive to the volunteers efforts. Even though the intentions are good, not allowing a trip back to check up on these projects only makes the situation worse.

“Our mission while at the orphanage was to build a library. Turns out that we, a group of highly educated private boarding school students were so bad at the most basic construction work that each night the men had to take down the structurally unsound bricks we had laid,” said Pippa Biddle, a high school blogger who recently decided to stop going on volunteer trips.

Going to a foreign country to visit orphans or build houses should not be a one time trip. If someone wants to truly make an impact the individual has to be more informed about the situations surrounding the area and must be willing to go back several times to ensure the works being done are used for their intended purposes. Visiting a third world country should not be used as a device in order to make yourself feel better, but rather for its ultimate goal — which is to help people in need and to make a difference.