Now that SGA approved the funding, planning is in process to move trivia nights to Blackstone. 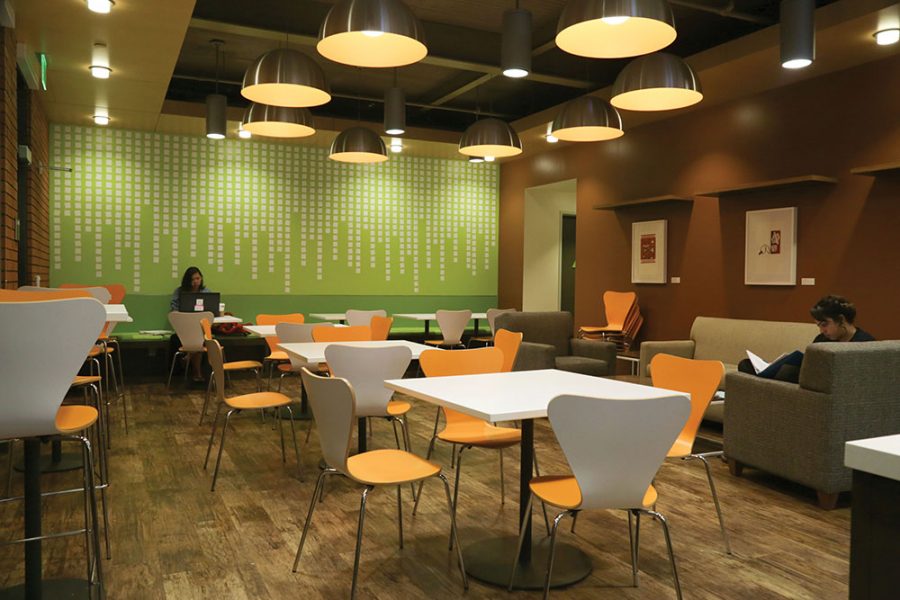 Trivia nights will likely continue at Blackstone Cafe, rather than at Eagle’s Nest.

YET TO BEGIN
Joey Tereba, junior undecided major, is working with Bon Appetit and Challenge Entertainment to restart weekly trivia nights on campus. Student Government Association recently passed funding proposed by Tereba for the event. Bon Appetit plans to hold them every Wednesday until the week before finals.

“If we do [trivia nights] again, it’ll be at Blackstone if I’m going to put up the prize money, because I’m looking to drive the business that way at that time of night,” said Steve Rall, general manager of food services.

The trivia nights have yet to begin. Tereba has contacted Bon Appetit to get the final approval for the events, but Bon Appetit has yet to reply. As each week passes, the money passed by SGA will roll back into contingency at a rate of $150 per week.

Trivia nights were held at Eagle’s Nest for four Wednesdays at 10:30 p.m. last semester. They offered a chance for students to take a break from their studies and compete against each other, answering various kinds of trivia questions on different topics to win a gift card for Bon Appetit eateries on campus.
A NICE BREAK
Bon Appetit provided the prizes, which included $40, $25 and $10 gift certificates. They are still in the process of deciding the amount of prizes for the upcoming events.

“The goal is to put on a weekly event that’s a lot of fun for students. A fun little trivia event, a nice little break from homework…and the chance to hang out with friends,” Tereba said.

Tereba considers the events last semester a success as he saw the same teams coming back each week. The gift cards proved effective incentives because they resulted in more business being brought to Eagle’s.
FUN FOR STUDENTS
For each event, $150 is paid to Challenge Entertainment, who provides the sound equipment and pays the trivia jockey and Biola alumnus JJ Carroll, who asks the questions, tallies the points and maintains the energy.

Some students have not heard of the event and others find it conflicts with their busy schedules.

“Yeah, I mean I’m already super busy as it is but it sounds fun,” said Nicholas Moyer, junior cinema and media arts major.