Lessons of a high school vagabond

Junior business major True Tamplin describes his experience living in Brazil, Argentina and Italy and how he returned with more than memories. 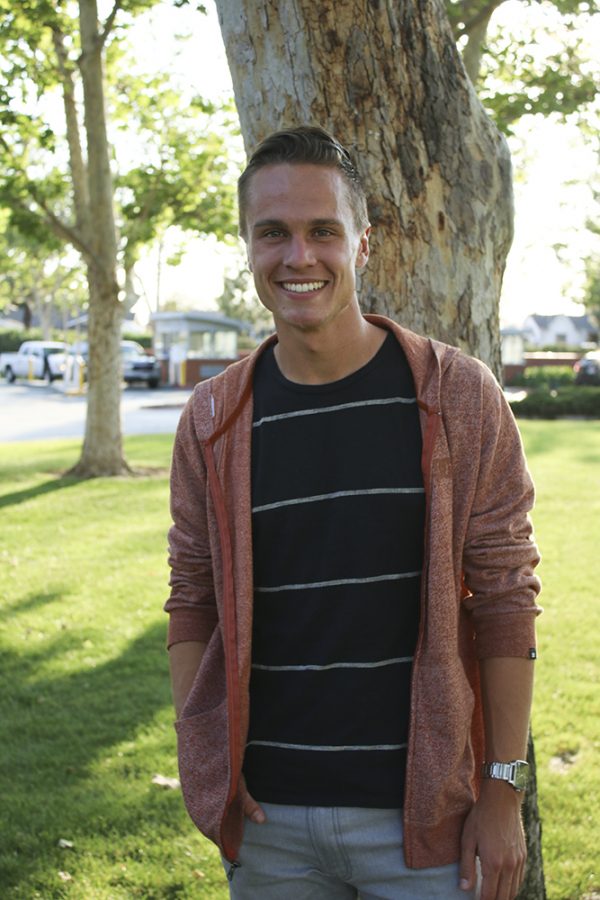 Imagine having the opportunity to develop your persona and your identity living overseas in high school. True Tamplin, junior business major on the Biola men’s soccer team, did just that.

Before coming to Biola, Tamplin had the opportunity to leave behind the excitement and stresses of being a ‘normal’ American teenager. Due to the versatility of his father’s online business, Tamplin, his parents and his sister spent many of his teenage years in Argentina and Italy, as opposed to Brazil where he travelled alone.

Meeting Tamplin, you quickly realize that he is unlike anyone else.

When asked about Tamplin and his unique character, his roommate and best friend, Ethan Kadar, fellow junior business major, said, “What makes him unique is that fact that he doesn’t know how not to be driven. He is consumed with progress and achievement.”

Ethan’s claim was supported when Tamplin was asked what he does for fun. It became evident that what sets him apart from his fellow business entrepreneurs is his desire to create something new. For example in his free time he pursues a unique hobby that is also helping further his career as a businessman.

“Right now I am currently learning something, I am currently learning how to trade foreign exchange,” Tamplin said. “I have a hunch that if I really apply myself, I will be able to come up with something new, an algorithm of sorts that can really change everything.”
Poverty in Brazil
In Brazil, Tamplin pursued his passion for soccer. He trained alongside men from the United States national team and the Colombian Soccer Lord, aka Coach Vladimir, at Academy Soccer.

Training with one of the world’s most elite soccer clubs and coaches was not, however, what affected him most deeply. During the time he lived in Brazil he saw and would walk through ‘favelas’, or the shantytowns of Brazil. Tamplin described that what he really learned while in Brazil was true poverty, sharing that had he never experienced what real poverty was, neither would he understand true gratitude.

“By seeing it with your own two eyes rather than reading statistics, your gratitude for what you have and tolerance for things not being perfect goes through the roof.” Tamplin said.

While living in Brazil alone as a 16-year-old boy, Tamplin learned that the people who are truly both grateful and giving in this world are the people who have the least.
Relationships in Argentina
Argentina allowed Tamplin to remove himself from petty high school concerns and gain perspective into the importance of people. Argentinian culture is rich in the art of community.

Tamplin also realized from Argentinian men what it means to be genuinely present with each other, and present in the moment.

“Imagine this, just five guys getting together drinking some mate, just having conversation, not even an intellectual one, but just enjoying each other’s company, not trying to pick up girls, or burn things or break wood, just having a good time, that was really beautiful, I’m not going to lie. It really impacted me. It was the coolest culture,” Tamplin said.

His claim rang true with the evidence of how he interacts with others. Tamplin can walk into any room and will be welcomed by numerous people. He always displayed the capability of having real meaningful conversations with anyone he came in contact with, whether they were an old friend or a brand new one.
Learning in Italy
Tamplin described an image of rustic buildings, a gleaming lake, Italian boys all around, eating gelato, playing Italian card games, all lit by a perfectly placed moon. The scene that seems dream-like was a reality for Tamplin during his time in Italy. In Florence a passion for learning grew within Tamplin, and that spark remains within him throughout his schooling at Biola.

“I became who I am today,” Tamplin said. “Everything I did sparked my intrigue in philosophy, studying business and really just all these weird party tricks.”

For example, Tamplin filled his time by reading books, listening to online seminars, learning how to solve a Rubik’s cube and learning how to do a handstand until his arms collapsed. He also became fluent in Italian. Although, if you ask him today he will laugh and say he only remembers swear words and certain songs. His time in Italy marked the beginning of his drive to learn and sparked his unmistakable intelligence in multiple areas whether it be philosophy, God or business.

Tamplin made his time living in a foreign land count by not just dwelling as a tourist, but by fully immersing himself in what each country had to offer, and what God was offering to him.