A senator with a heart for people

Jacob Keeth shares insight into his duties, passions and experiences working as a senator of Hart Hall. 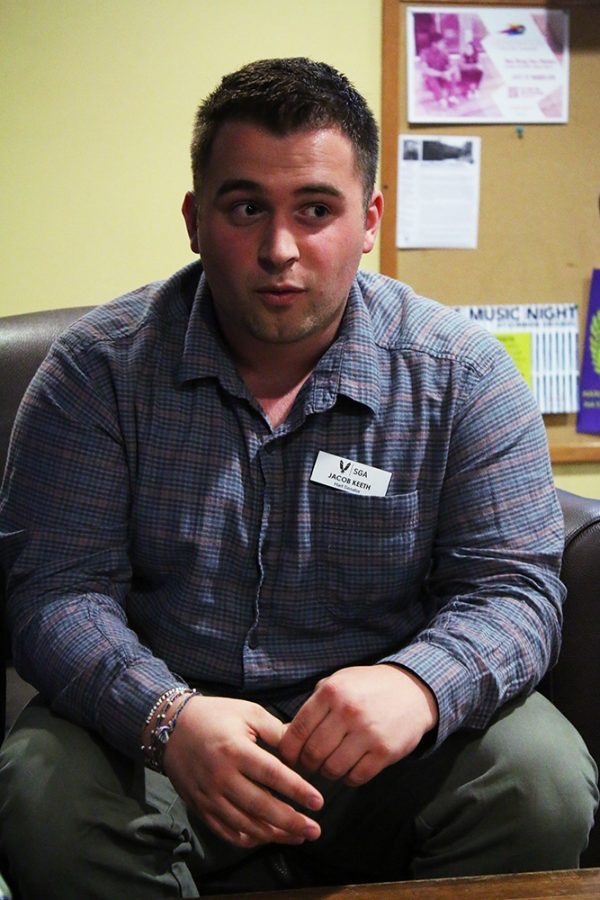 With a friendly smile and a dedicated spirit, sophomore biblical studies major Jacob Keeth takes his position as Hart senator seriously. Working as a senator requires taking on an abundance of roles, but Keeth believes the hard work is certainly worth it.

A senator for the Student Government Association must work a certain number of hours, including responsibilities both inside and outside of their respective dorm. Within Hart, Keeth writes the weekly newsletter and goes on rounds for about an hour per week, talking to students and asking them about their opinions. He also helps to plan dorm events and personally gets to know the residents around him. As a student representative outside of Hart, he attends a weekly three-hour senate meeting where he votes on proposals, contacts different groups on campus and participates in a President Advisory Council partnership — in which two senators regularly meet with one of the school’s vice presidents to serve as the students’ voice.

“For more than half the time, I have the opportunity to represent the whole undergraduate population, not just Hart,” Keeth said.

Keeth also acknowledges the fact that, although he officially works by the hour, his role as a senator often interrupts his daily life. At any moment, Keeth can be called back to work by a conversation, email or text message related to his duties.

“Being a senator, you’re never really off,” Keeth said. “At any time I have to switch into ‘professional Jacob’ mode… which isn’t always the easiest thing to do.”
Inciting Positive Change
However, Keeth enjoys the leverage his position allows. Because of his role, he has the ability to be flexible and the authority to incite positive change in many areas, Keeth said.

Keeth has personally worked on committees that give him the opportunity to impact both the school’s policies and student life in general. For example, he participated in the committee overseeing Biola’s transition to becoming an NCAA Division II school, as well as the committee regarding a survey regarding on the LGBTQ conversation among students on campus. Keeth also formed a committee working to redesign and improve the Student Union Building.
Only So Much
Despite having the influence and interest to make changes at Biola, Keeth admits that he can not work on everything he wants to do. He finds it difficult to invest in many areas of his job at once, as he needs to prioritize in order to best use his limited time and energy as a senator.

“The hardest part about being a senator is that you can’t do everything well,” Keeth said. “There’s only so much you can do.”

Because hiring season has passed and he will no longer be the Hart senator, Keeth admitted he will miss his job. Even so, through the hiring process he enjoyed having the ability to acknowledge leadership skills in others – an authority that came with being a senator.

“Biola has way too many incredible students on campus who have never been told that they can do it,” Keeth said. “As someone who’s there now, I can just reach out to those people and pull them in.”

To the entire student body, Keeth wants to convey that senators have the ability to hear ideas and create tangible changes. There is a large amount of potential when a student’s idea is combined with the connections and opportunities the senators provide.

“There’s this beautiful web of information, or web of empowerment, with being a senator,” Keeth said. “For whatever students want to know or make happen, they can contact us, and that’s what we’re here for. We’re here to make their dreams a reality; we’re here to empower them in what they want to do.”