“A Year With No Summer” organizes the Spanish metaller’s experimentalism. 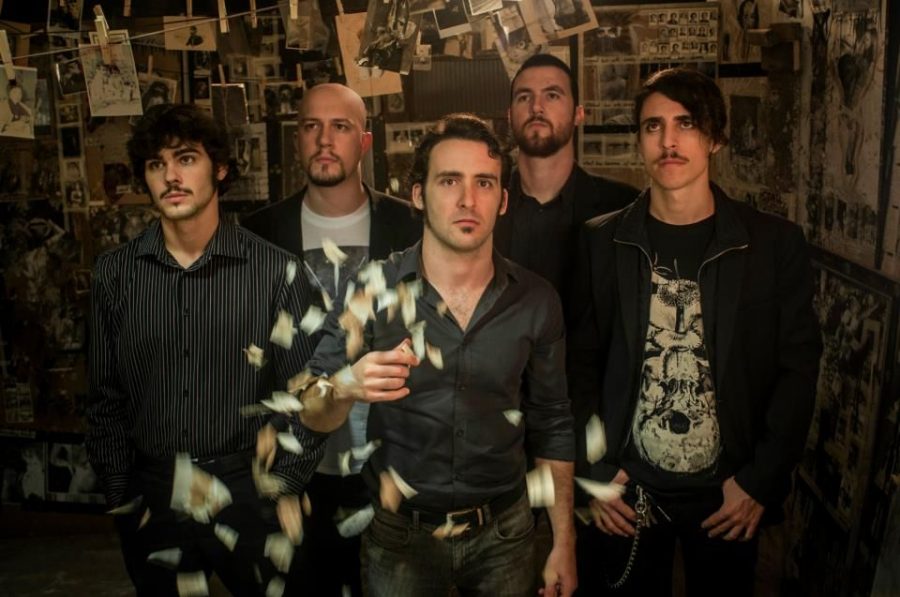 Hailed as “the masters of every genre” by Greg Kennelty of Metal Injection, Spanish extreme metal luminaries Obsidian Kingdom have earned a reputation for eclectic output since 2005. Their early work sported more death metal and doom metal influence, but the cavernous riffs and menacing growls were complemented by striking melody and an affinity for embracing many styles in one song. This musical bravery culminated in 2012’s “Mantiis.”

The breadth of material presented in “Mantiis” was astounding. Featuring ambient, death metal, prog-rock, post-metal and everything in between, this album proved vibraphones and distorted guitars could create beauty. The following year’s re-mix album stressed Obsidian Kingdom’s disinterest in rules. In contrast, “A Year With No Summer” presents the work of extreme metal trailblazers honing in on specific elements of their varied repertoire.

Contrary to what might be expected from them, the title track greets listeners with a tight high-hat groove joined by guitar swells and synchronized drums and bass. The vocals of Rider G Omega guide the escalating tension, whose voice is in its prime throughout the album. Elaborating on the same groove over the course of its six-and-a-half minute run time, no trace of death growls or blast beats are anywhere to be found. This places the song at a crossroads between the prog-rock of newer Opeth and the sludgier explorations of Mastodon.
Suffocating vibe of Neurosis

No sooner does the opener end when “10th April” seeths in from left field. Beginning with a minute-long drone and an esoteric monologue, the track drops into an unforgivingly heavy industrial jam complete with layers of distorted synthesizers, misshapen guitar licks and processed shrieks before collapsing back into euphoric drone. Although decidedly less extreme, Obsidian Kingdom maintains nonconformity.

“Darkness” keeps the curveballs coming with energetic rhythm. Floaty guitars and vocals eventually follow suit, epitomizing the prog-sludge introduced before. Repetitive vocal line holds the song together in the midst of dynamic fluctuations, as respect for melody prevents the heaviness of the song from becoming grating. Traces of friendliness lessen after the transition into “The Kandinsky Group,” where dissonance abounds and riffs destroy souls. The vocals take a turn for the guttural, alluding back to a savage past. The progressive structure remains, but this track has the suffocating vibe of Neurosis toward the end of it.
Sinister as it is euphoric

Obsidian Kingdom allows room to breath with “The Polyarnik.” Alternating time signatures provide an ever-evolving backdrop for delicate synth lines, earthy guitar work and steadfast groove. The following “Black Swan” integrates the electronic elements presented in “10th April” into what I consider the most palatable material the band has presented to date. This is before the concluding track accentuates the band’s obliterative tendencies.

“Away Absent” is the only track to feature blast beats. Meditative passages and harmonious sensibilities still complement this brutality, but the wall of sound cannot be denied. Obsidian Kingdom is still capable of vicious music. This track is as passionate as it is confrontational, and as sinister as it is euphoric. However, the true conclusion of “A Year With No Summer” comes from a secret track with sparse acoustic guitar and folk singing. Obsidian Kingdom simply had to add one last quirk to their most enjoyable output yet. No music fan should sleep on this album.