Young Ones play off of Young Once 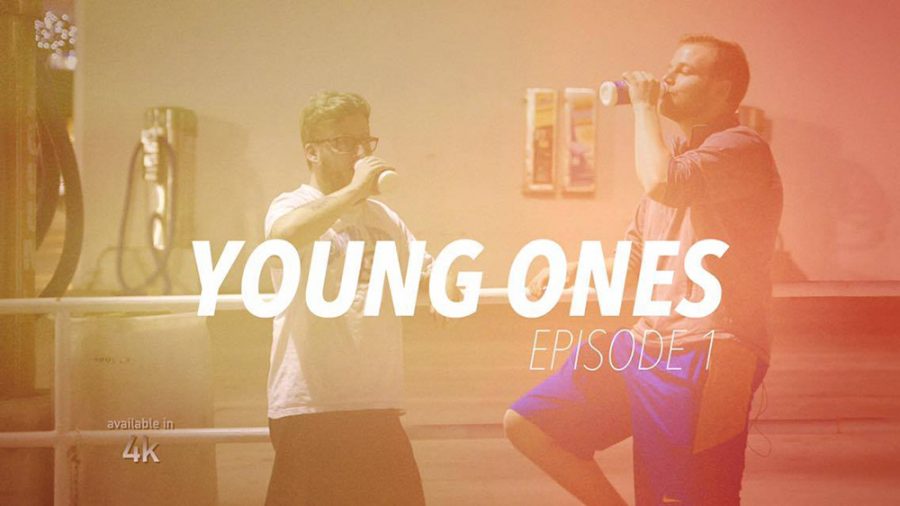 A group of Biola students have created a spinoff of the docuseries “Young Once” that premiered Feb. 24 on YesTV in Canada.

The day after the show’s preview, students filmed and edited “Young Ones,” and released it online the same day as the premiere of the original Young Once series. This was done to mirror the actual show and immediately gain an audience.

“We filmed the first scene of the parody and we just made a Twitter account to get it up immediately so it could get some press and get people interested. We got a bunch of retweets and likes on the tweet and I already had a ton of followers on the first day,” said Matthew Robertson, senior cinema and media arts major.

Robertson was in charge of filming and editing while Josh Eccles, senior sociology major, was asked to be an actor in the parody. JJ Carroll, Biola film graduate has a YouTube account that has already been successful amongst students.

“JJ called me on a saturday afternoon and he said ‘Hey do you want to do this? We have to do this now,’ I was like, ‘Yeah. Let’s do this,’” Eccles said.
Material

The material for the parody was heavily inspired by the original show and made for the purpose of amusement.

“I feel like everybody knows that [the original series] is not super real. We’re sort of like accentuating that idea that it’s not reality. We’re capitalizing on the fact that they’re [original series’ actors] very cheesy and that allows us [Young Ones] to sort of be silly on camera. Mostly we’re just having fun,” Eccles said.

The full first episode was taken off YouTube and YesTV’s website due to the request of potential buyers aside from YesTV’s network. Despite mixed reviews, potential buyers think the series is likely to appeal to an array of audiences.

Young Once
“One of the streaming services looking to purchase “Young Once” is doing so because they believe the series will attract both a mainstream and religious audience,” Oleksiuk said.

Students could watch the first episode while it was still online on YesTV’s site. Though portraying Biola students, the show is intended to be viewed by a secular audience.

“With the lighter tone of this show [the production and its crew] are positioned nicely for what will mainly be a secular audience. This program targeted females 13 to 25,” Oleksiuk said.
Ratings

As far as ratings go, “Young Once” scored a 1.2 rating, meaning that 1.2 percent out of all of the television sets in the world were tuned to watch the program, amidst females 18 to 34 and finished in third place after “Modern Family” and before “Law & Order”.

“Young Once had the strongest debut of any original content aired on YesTV. Clearly the program skews person 18 to 34 and is competitive against larger budget Hollywood produced drama and reality TV,” said Rob Sheppard, programming director at YesTV, via email.
Representation

Many students feel misrepresented by the show’s portrayal of Biola and its students.

“It’s extremely inaccurate of Biola community. It’s that stereotypical ‘Oh that school is so strict’ and trying to make [students] seem cool by saying how strict it is. Also, it makes it look like it’s right next to the beach which it’s not,” said Victoria Knuppe, freshman English major.

Others saw the lack of representation as to why people come to Biola in the first place.

“It seemed like it completely missed the mark on why we come to Biola. Maybe it encompassed some of the aspects of Biola but none of the reasons why we come to Biola. We choose to come to Biola to learn more about God, be part of a community of people that love to love Him and love to serve Him,” said Sabrina Strom, freshman history major.