What the fight to #FreeKesha says about the music industry and the bad victim. 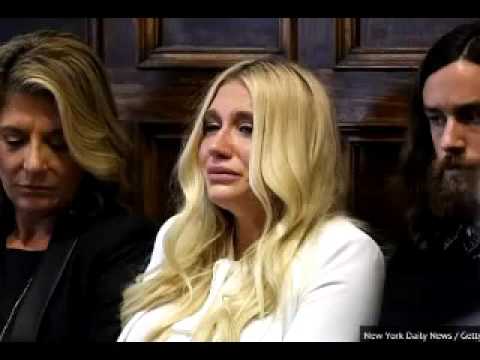 It has been more than two weeks since a New York Supreme Court judge denied singer Kesha Rose Serbert’s preliminary injunction to be released from her contract with producer Lukasz Sebastian “Dr. Luke” Gottwald, until the resolution of a 2014 civil lawsuit that alleges he abused her for more than a decade.

Public Support & Outrage
The judge’s decision drew outrage from Kesha’s supporters around the world and online. #FreeKesha began to circulate social media as fans and celebrities alike demanded that Sony release Kesha from her contract and allow her to return to her career by recording music.

Since then, a growing list of celebrities have spoken out in support of Kesha. Taylor Swift donated $250,000 to alleviate Kesha’s financial woes. Other celebrities like Demi Lovato, Lena Dunham and Lady Gaga — whose beautiful Oscars performance of “Til it Happens to You,” flanked with survivors of sexual assault could not help but evoke an image of Kesha among them — announced their support.
Unspoken Opinion
A lot has been said about the endlessly complicated legal points of Kesha’s case, but the common undercurrent that I — and likely others — have noticed is the one dark thought that remains unspoken.

Kesha is a bad victim.

A claim of sexual assault inevitably results in the intense scrutiny of the personal and social life of the accuser. Prosecutors decide whether to accept a case, journalists weigh whether to cover a story and a judge or jury will ultimately be influenced by whether or not the accuser — not the evidence — is credible.

Accusations
Let me be blunt: it is far easier to believe the story of the girl or boy-next-door, the sweet one, with good grades and a spotless reputation.

A loud, hard-drinking, promiscuous party girl who boasts of countless conquests in a glitter-soaked world? She must have been asking for it.

Many of the accusations brought against Kesha, points of ‘evidence’ that supposedly prove her guilt and deception, are only reiterations of what survivors of sexual assault have faced for decades.

If she really is telling the truth, why has her story changed so many times, and why did she lie to cover for her alleged abuser? Fear of reprisal is powerful in any victim of assault, and fragmented memories or memory loss in assault victims is very common.

Some wonder why Kesha continued working with her alleged abuser if the abuse lasted 10 years. In an abusive relationship based on power and control, leaving is more difficult than it seems. Additionally, Kesha was only 18 when she signed on to Dr. Luke and Sony’s label.

People have questioned why Kesha did not contact the police while the abuse occurred, and instead filed a civil suit nearly 10 years later. But while few victims report assaults to any authority, statistically, fewer still choose to confide in law enforcement.

Why did Kesha not get a rape kit exam? If she was unlikely to report to the police an assault that she may not even have realized the magnitude of until days later, it is very unlikely she would submit to an invasive exam.

Dangerous Power
Sony and Dr. Luke have insisted they agreed to allow Kesha to record without his involvement, and provided her opportunities to do so. However, these opportunities would still mean his recording company would have ultimate power over her career and music.

Simply put, requiring Kesha to record her music under the supervision of and in the same building as her alleged abuser is at the very least wrong and at the very worst dangerous.

That is as bad as, say, requiring a college student to continue to walk the same campus and attend the same class as the person who sexually assaulted her.