The lack of racial integration at the Oscars raises questions in Biola’s film department. 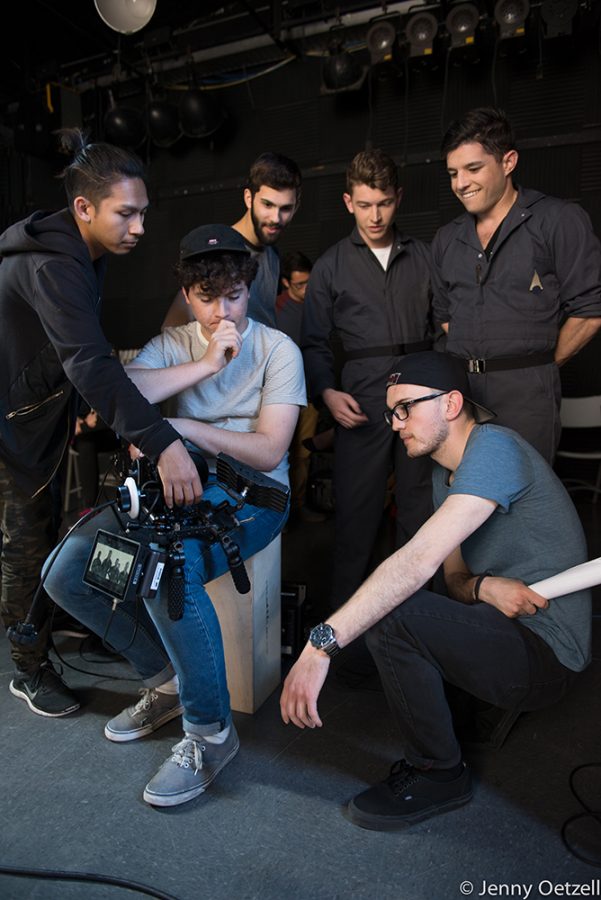 Biola has one of the best faith-based, private film programs in the nation, and has nourished the development of many great cinematographers like director Scott Derrickson and Vine personality Zach King.

Unequal Ground
However, Biola’s campus also has a relatively high percentage of caucasians and low percentage of minorities – an ongoing common ground that has yet to be met equally among students and faculty.

The Oscar Boycott has sparked conversations in Biola’s CMA department regarding a lack of ethnic diversity within their program, including African Americans.

“We talked about the boycott in class, which is pretty much all white, and the consensus was that there were not enough roles good enough to be nominated,”  said Caleb Moyer, freshman film student. “I do not think that is the case, just look at Michael B. Jordan. However, the Oscars should not be nominated for race and should be nominated for talent.”
Shouldering the Blame

While the Academy does shoulder blame for the lack of diverse nominations, the absence of ethnic voices in the industry may point to a lack of diversity at the collegiate level. Diversity in Biola’s CMA department echoed that of the University of Southern California and New York University, two of the best film programs in the nation.

However, unlike USC and NYU, Biola’s campus initially enrolls a majority of white students. Biola’s undergraduate population is 51 percent caucasian, with 62.5 percent of CMA students identifying as caucasian, according to Biola’s spring 2015 enrollment report.

“There needs to be more active recruitment overall across all departments. The cost of the university may be a hindrance for some students of color,” said Nancy Yun, professor of sociology.

While diversity is a continued conversation between administration and students, Moyer feels that Biola needs to nourish and build-up more diverse film students, starting with recruitment.

“I think the film department still needs to do a lot of work to increase diversity,” Moyer said. “There are a ton of white people too and not only in the department, but in the school as a whole.”
Setting Groundwork

Breaking down the structurally racist film industry involves setting groundwork in the industry’s beginning stages, and that is within the film departments of university campuses, Yun said.

“When these film companies ask and hire people they narrow the search to those who have ‘experience.’ But, by default, they are preventing younger and more racially diverse individuals from gaining that experience,” Yun said. “The big film companies do not sound racist when they ask for individuals of experience, but the result is that only white men end up getting those positions. This is what structural racism looks like.”
Acknowledging the Lack

Last year, the department hired African-American professor, Camille Tucker, who teaches screenwriting courses. The CMA department acknowledges the ethnic differences among film students and is looking for ways to fix the gap.

“Lack of diversity is something [the CMA Department] needs to look at and we are becoming more sensitive to the lacking,” Tucker said.

African American senior film student Brandon Spring agrees that there is a lack of African-Americans in the department.

“There is a definite lack of African Americans in the Film department, however, the lack is rooted and a reflective of the lack of African Americans here at Biola,” Spring continued. “Biola’s mission statement to spread the Kingdom to everyone and every culture. I don’t know if Biola is doing that effectively, Biola needs to connect to more diverse churches and actually put their name out there, especially those in black communities.”

Spring is directing this semester’s CMA Department’s film project called “The Eastern Wood” which is a story about Adam, Eve, Cain and Abel. However, Spring is breaking the trend of white actors playing predominant biblical characters in biblical films by casting black actors in the major roles. The film is scheduled to released this upcoming spring.

Spring’s directing project seeks to create more diversity in the department by combatting the white stigma in biblical movies. Spring clarified that this film is not being made because of the boycott, but because overcasting white actors as biblical characters has been a trend throughout cinema history.
Recruiting

In particular, recruiting African-American students in the past has proved difficult for the university. In spring 2008, 3.8 percent of undergraduates were black. Since then, the amount has now decreased to 3.1 percent, or 185 students out of the 5,981 students enrolled this semester, according to the spring enrollment report.

“[Biola] needs to appeal to the talented, young African American filmmakers more; it is hard when you have secular schools like UCLA and USC recruiting those diverse filmmakers,” Tucker said.

Moyer said that this decrease is a result of black students who were accepted into Biola, but were unable to afford tuition costs.

“When you have black kids talented enough to get into this program they sometimes get shown the door because they do not have the money and Biola does not have those scholarships available to help with that, and I think that is a problem,” Moyer said.