Courses in Arabic, Russian and Swahili closure due to an increase in class size minimum guidelines. 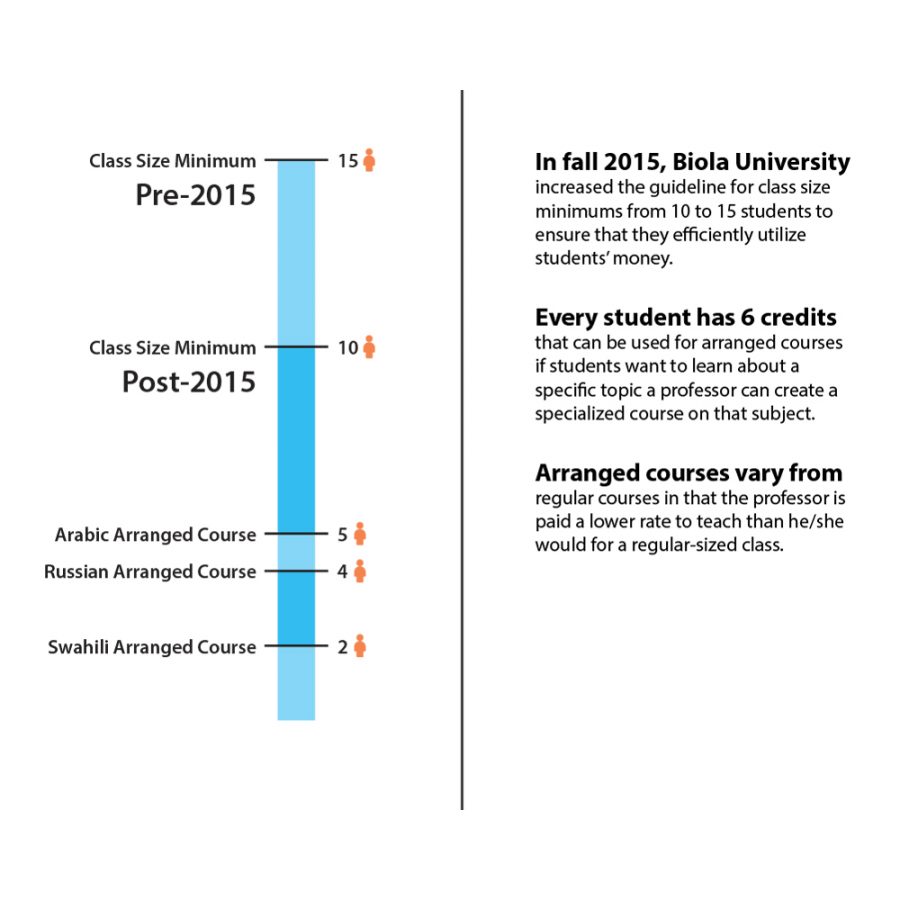 Before the second phase of enrollment, senior cinema and media arts major Benjamin McCloskey was notified that his Arabic 102 course closed. Graduating in fall 2016, it is necessary he take the 102 language course if McCloskey intends to fulfill his requirements on time.

“Over registration when they said they were canceling [the course], that was a surprise. I worked with registration and the department … to say that [the class’s availability] was promised to me and I’m a senior and I need it to graduate,” McCloskey said. “They were kind enough to relook at it and make it available as an arranged class so that was really good.”

Though few students are aware, all undergraduates are allowed six credits for arranged courses. Students can use these to learn about a subject in a professor’s specialty and gain credits for the specially created courses. In this case, arranged courses are substituting regular courses that had less than five students enrolled.

“We allowed each student to take that [modern language] course as an arranged course so all of the students who were actually enrolled in those courses are actually taking those courses this semester. So students were not impacted,” said Jamie Campbell, interim dean of humanities and social sciences. “Some of the faculty involved were asked would they be willing to teach those classes for a lower pay of rate, something more commensurate with the student tuition dollars being utilized and in most instances the faculty in those situations said yes.”

Victor Khalil, adjunct professor of Arabic, has taught arranged classes before and sees it as a benefit to his students. It is helpful due to the individual attention he can give them as well as the unique Christian perspective.

“The department asked me after they canceled the class, they asked me to look around to see if there are Arabic classes available at other colleges so the students can continue there and when I did the research I came upon three colleges around, in Orange County, not Christian,” Khalil said. “The overall picture which I reported to the department, Biola is the best university around as a Christian University, where Arabic classes are taught, and is more mission-minded.”

McCloskey says the arranged class format remains similar to the regular course and Khalil teaches the classes in the normal structure he had previously before the closure.

“It doesn’t feel like something that’s different, it feels like a regular class here, we basically have the same time. It’s not anything strange. He carries on the class the same way,” McCloskey said.

The course closures were due to an increase in the guideline for class size minimums. The previous minimum did not have a large effect on classes because it was loosely enforced, only placed at 10 students and had recognized exceptions. In fall 2015, this guideline increased to aid the university in ensuring good stewardship of students’ tuition but will still consider unique cases.

“We have for many years had a relatively loose guideline for undergraduate class minimums to be about 10 or more and the reason for a minimum at all is that it feeds into our affordability agenda. In other words we want to keep tuition for students as low as we can get it,” said Patricia Pike, vice provost for academic administration.