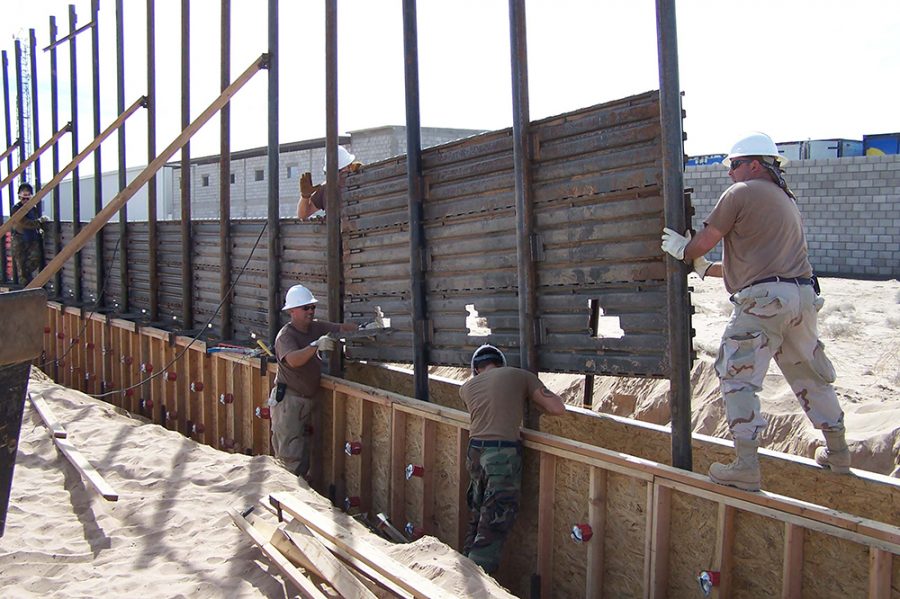 Photo courtesy of the Department of Defence

Pope Francis made headlines last Thursday when he announced his disapproval of GOP front-runner Donald Trump’s statements about deporting undocumented immigrants and erecting a wall on the U.S.-Mexico border.

Just as disturbing as Trump’s xenophobic and racist remarks against immigrants is the militarization of the border and the suffering, injuries and death it has imposed on millions escaping corruption, violence and poor economic conditions. These conditions were created by the War on Drugs, NAFTA (North American Free Trade Policies) and neoliberal economic policies that have destroyed communities for corporate profit.

Increasing Prevalence of Suffering
Humanitarian groups like No More Deaths, a ministry of the Unitarian Universalist Church of Tucson, have provided aid to immigrants by leaving out bottles of water to those making the extremely dangerous trek across the Sonoran desert. Those who do not make it die from dehydration, hyperthermia, hypothermia and exposure to the elements. Since 1994, over 7,000 bodies have been found in borderlands in Arizona.

According to an interview with Robert Neustadt, professor of Spanish at Northern Arizona University, “The U.S. government explicitly adopted a strategy called ‘enforcement through deterrence…by closing the urban areas where people traditionally crossed…[pushing] undocumented border crossers into desert and mountain terrain in Arizona (and Texas).” When unrelenting immigrants are pressured to trek across hazardous lands, death and suffering become increasingly prevalent.

Increasingly Militarized
Advancement in surveillance technology and armaments has allowed the border to become progressively militarized and immigration policies have made the border a gold mine for numerous corporations for both the military and prison industrial complex. Companies that once built military infrastructure, including the notorious West Bank Separation wall in the Palestinian territories, are now being contracted to help construct parts of the U.S.-Mexico border fence.

In an increasingly globalized world, it is not uncommon for companies who use war as a laboratory to test and develop their products to make a fortune selling them for use back home. Predator drones, once reserved for reconnaissance and kill missions in Middle-Eastern and African war zones, are now being used by the Customs and Border Protection (CBP).

Instead of Hellfire missiles, theses drones are armed with advanced equipment like Vehicle and Dismount Exploitation Radar (VADAR) to detect on-ground movements and motions. Inspector General John Roth of the Department of Homeland Security has called the drones used by the CBP “dubious achievers” and questioned their efficiency in aiding in the arrest of undocumented migrants. Private prisons such as Corrections Corporation of America, The GEO Group, and Management and Training Corporation generate billions of dollars by incarcerating immigrants after they are sentenced by what some have called kangaroo courts created under Operation Streamline.
Tend to the Oppressed

In a world dominated by corporate leviathans and an equally corporatized press, the destruction and human suffering created by U.S. policies have been effectively sanitized and removed from public discourse. Fellow human beings, including immigrants, have been commodified by exploitive employers, dehumanized by politicians and lobbyists and demonized by the press. Undocumented migrants have real reasons to leave their friends and families behind to reside in a country with an unfamiliar language and culture. Our job as Christians and as humans is to love our neighbors and tend to the oppressed, the poor and the marginalized and those who hunger for something more than a meek survival.