Joyce Hsieh is the 16-year-old CEO and founder of online store Wild Daisy. 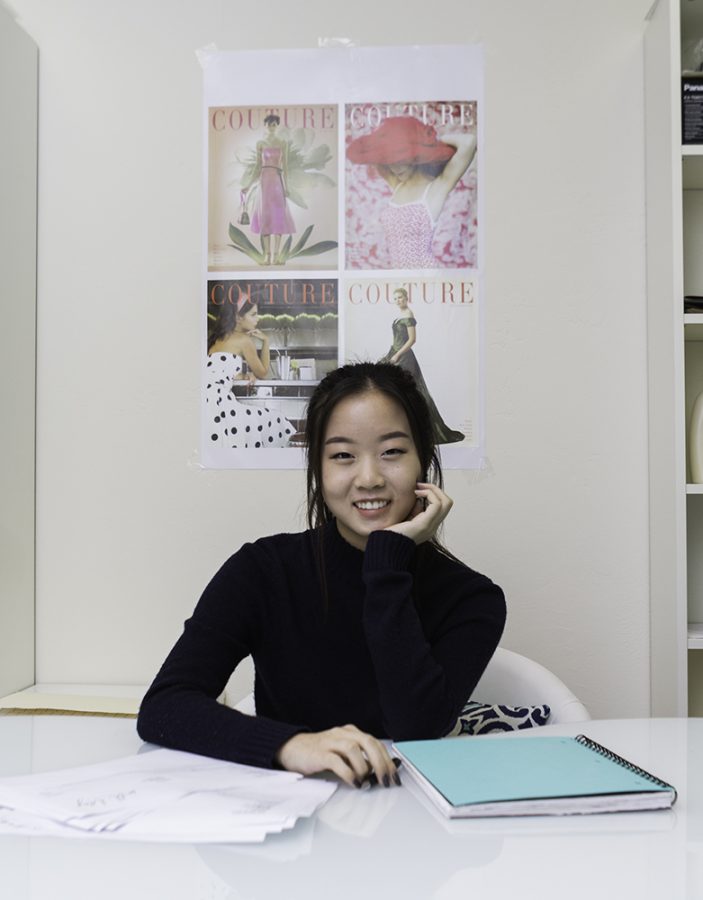 At age 16 and a junior in high school, Joyce Hsieh holds the title of CEO and founder of Wild Daisy.

Based in San Diego, Calif., Wilddaisy.com is an online store selling a variety of different items — such as clothing, acessories and shoes — to anyone around the world. During the day, Hsieh attends La Jolla Country Day school in La Jolla, Calif., taking a variety of AP classes and enjoying life as a teenager. But after school, she goes to her office and warehouse to sort out packing, shipments, emails, appointments and everything that comes with a typical CEO job.

“When I was in freshman year that was when it was really hard to start and get things going, like at the very beginning of the business… Freshman year was when I got things up and running,” Hsieh said.
How it all began

Wild Daisy was not always an internationally recognized clothing store. Hsieh started at age 12 by simply be-dazzling and personalizing phone cases for herself to mix and match with her outfit styles. Her friends began to request their own phone cases and from there she opened an ETSY shop to expand her clientele nationally and globally.

Hsieh then decided to go bigger and sell clothes — not just phone cases. The summer before her freshman year of high school, she moved from Dallas, Texas to San Diego, Calif.,  where she obtained a warehouse to store the brand new clothing line. She spent the majority of her summer hand pressing customized designs and graphics onto t-shirts. To help spread the word and advertise the clothing, Hsieh used Instagram.

“I saw how the Instagram market really responded to iPhone cases that are pop trendy so I thought I could do the same thing with the shirts and since no one had done that yet I thought it’d be a good idea to just try it out and it turned out to go really well so I just expanded on that,” Hsieh said.
Trial and error

Hsieh continued her journey in business despite the hardships and lack of information at hand.

“It was mostly just trial and error for me. As a thirteen-year-old, I didn’t know you could actually learn business…back then there wasn’t as many resources. I mainly just used YouTube and I would just buy transfer sheet paper and shirts and just try it out and run it in the washing machine. I didn’t really just know what I was doing,” Hsieh said.

Today, Hsieh manages a full international company, selling clothing, shoes and accessories to people from all over the world and even a few celebrities — Skai Jackson from the show “Jessie” and Veronica and Vanessa Merrell from “Jane the Virgin” to name a few.

Hsieh’s six employees assist her with PR, marketing, shipping, modeling and photography. She continues to design shirts and phone cases while maintaining honor roll status as an AP student at a private high school.

“[Balancing school and Wild Daisy] is really just time management. That’s one of the things that this has taught me and I think that’s the most valuable skill I’ve learned from this. I have an hourly planner that I follow very strictly,” Hsieh said.
Just do it

When asked about advice for those wanting to start a small business, Hsieh responded with, “The most important thing is to just do it. Like, don’t procrastinate, don’t put it off… it keeps getting put off. If you have an idea and then the market is right, you just need to go for it because everything is time sensitive.”

But God plays a main reason why Hsieh has the courage to try new things as a CEO. Starting and running a business at any age is scary, especially for a teenager, but with God’s help she has the ability to power through and try her hardest. “[My faith] makes me take chances and risks because I know everything will be okay,” Hsieh said.

After graduation, Hsieh wishes to attend a university. “I’ve definitely put a lot of thought into college. I know I want to go for sure and that I want to be a business major, because I think running a business is so interesting,” Hsieh said.

For the future of her company, Hsieh has meddled with thoughts about venturing out and specializing in a certain item, such as makeup. But for now, Hsieh will continue to lead and build Wild Daisy, maintaining its success to keep providing its clientele all over the world with beautiful and affordable merchandise.