Biola Startup Competition choses six teams to prepare for final round of judging. 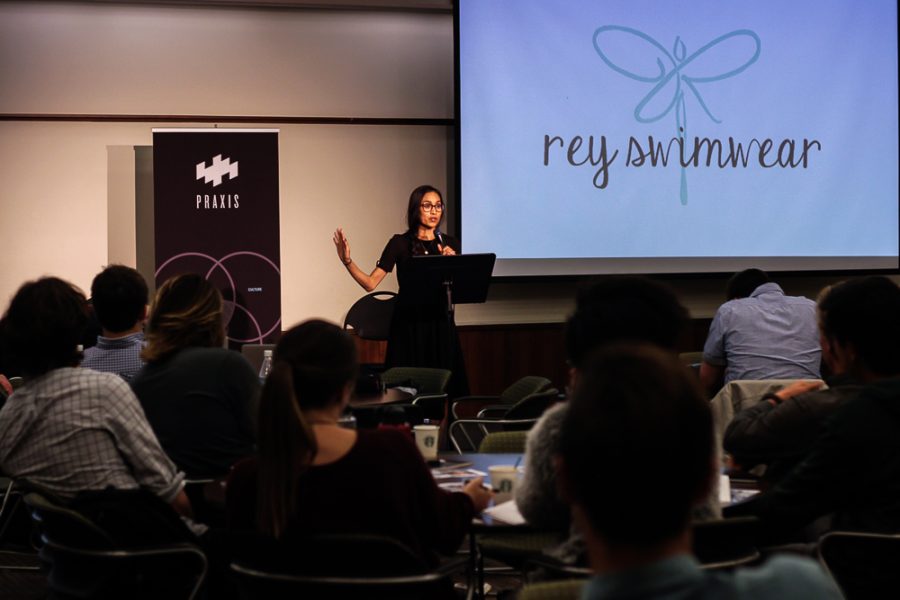 Of the 29 teams selected to participate in the Biola Startup Competition, six teams have been chosen to continue their pursuit of the first place prize of a $10,000 legal services package from Brown & Streza, LLP and an accounting services startup package from Nienow & Tierney, LLP.

In December, the competition was narrowed down due to the merit of the teams’ concept papers they submitted regarding their business startup ideas. The remaining teams have been assigned coaches that will help further improve their plans.

“Something unique about our team is that we’re composed of all girls so there are four females on our team, so to have a business coach and especially a guy come into the picture is something that provides a new perspective and especially someone who is so involved in the business world,” said Laura Daronatsy, recent Biola graduate and leader of one startup team called Luminosity.
Presenting the Plans
All of the current preparation will culminate in the presentation of the teams’ business plans to four judges on April 8, an event that will be open for all students to attend. Three winners will be chosen, each given a varying degree of financial and mentoring support.

One sponsor, Nienow & Tierney, LLP, will present the first place team with Turnkey Computer Systems software, training in using the software and tax accounting advice. The company will also provide the second and third place teams with a one hour consultation. Nienow & Tierney, LLP has been a supporter of Biola and the Crowell School of Business since 2000, as Stephen Tierney, certified public accountant and partner, is a Biola alum.

“I love being able to help businesses, startups specifically, and see them get going,” Tierney said. “I enjoy working with students specifically and helping them and using the skills I feel like God has given me to impact other people. That’s…hopefully, for all the students at the university, that’s what they’re looking to do, use those gifts that we’ve been given to bless the world around us, to lead other people to Christ.”
A Positive Opportunity

Though labeled as a competition, multiple participants expressed it has been a positive opportunity and their interactions with other teams have been friendly because they see the value in each other’s startup concepts.

“It’s easy to walk into any competition and be like, ‘Oh, we can take down the competition,’ but what’s been the coolest part of this is that everyone has that faith-based part that they put in their paper,” said Kayla Sutherland, senior marketing management major and member of the startup group White Elephant Post. “Every second I invest more in other finalists I just want their companies to flourish too.”
More Opportunities

As the competition progressed, the Crowell School of Business established another opportunity for students to further their entrepreneurial mindset by becoming the host school for a Praxis Academy conference in August 2016.

“Last year…students came from 50 different universities, from Ivy League schools to the top Christian schools so it’s a big deal to have all of those top students here on campus involved,” said Robert Harp, director of special programs for the Crowell School of Business. “Plus it’s a phenomenal next step for those who have been in the startup competition because this is a national faith based entrepreneurship model so it gives them that resource in addition to what we’ve provided.”

Harp explained Biola was given the opportunity to host the summer session from Aug. 1-5 with an expected attendance of approximately 200 students, with spots set aside for Biola students. This event, by application only, will have lectures and round table talks for students to interact with the speakers and learn about entrepreneurship from members of the business community that share the Christian faith. A preview Praxis Academy workshop was held on Feb. 17.