Women’s soccer concludes a successful season with a trip to nationals despite second round loss in Alabama. 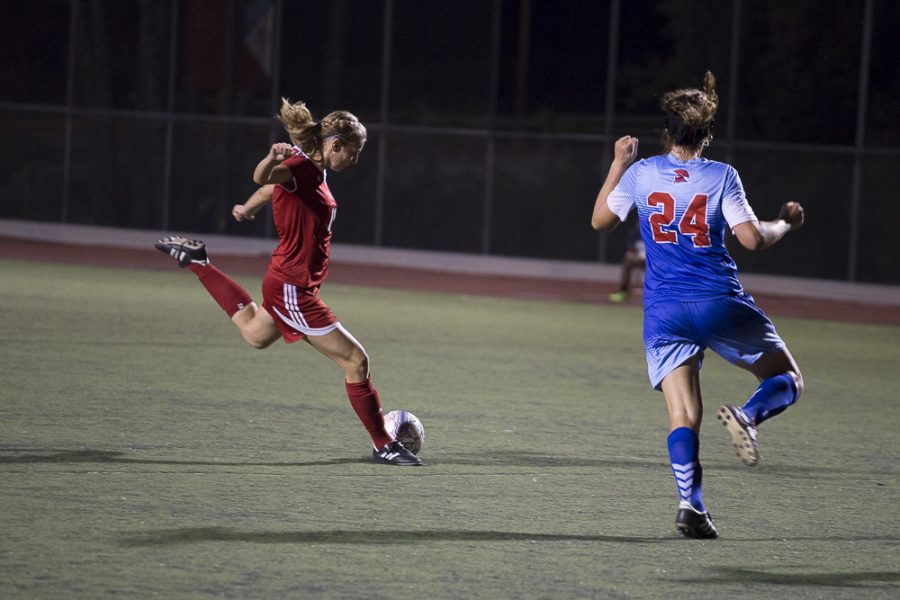 Biola women’s soccer dominated in all facets of the game against Eastern Oregon University to knock off the Mountaineers thanks to a highlight reel-worthy corner kick by senior midfielder Adeline Saldana in the opening round of nationals. The win bought the Eagles a ticket to Alabama to play in the round of 16 against the University of Mobile. Unfortunately, the Rams brought the Eagles' successful season to a halt in a hard-fought game.

There was much anticipation surrounding the Eagles following their GSAC Championship loss to Westmont University on Nov. 14. They faced the high possibility of not being selected to go to the NAIA Nationals Tournament. Going to the national tournament was something they have not done since 2004. However, their strong regular season and high ranking vaulted them into the NAIA national playing field.

Biola’s first round was a trip to the mountainous region of La Grande, Ore. to take on the Mountaineers on Nov. 21. The Eagles came into the game with a chip on their shoulder, looking for a chance to prove they were a team to challenge for the NAIA Championship title.

The gametime temperature was close to 32 degrees, which presented itself as an unprecedented obstacle for the Eagles. Yet the Eagles battled.

“Most of the shots EOU took were not on frame, so their team wasn't super threatening offensively,” said Cat Newberry, sophomore defender. “We worked together, backing each other up, in order to take care of what fire power they did have. Anything that got through, Marina [Rodriguez] was able to take care of.”

The win would be clinched by Saldana, as she curled an unbelievable corner kick into the net after her first corner kick goal was called back five minutes earlier. Saldana’s first career goal was all it took to secure to secure a trip to Alabama to set up a match against the Rams.

In the round of 16 Biola played similarly to how they did against the Mountaineers. Like Eastern Oregon, Mobile took a lot of shots at Biola’s backline and the defense stood tall. Unfortunately two of the shots found the net late in the second half. It was almost impossible for the Eagles to dig their way out of the two-goal deficit.

Fighting to the End

The Eagles fought until the very end while trying to tie the game up, which included a late goal by freshman defender Madyson Brown. The goal was the first of her young college career. Despite their last ditch effort, the Eagles eventually fell short of the Rams.

The Eagles finished the season with a winning record of 15-4-3. Biola obtained a .754 win percentage in Erin Brunelle’s first season as head coach, a considerable improvement over their .684 percentage last year. They were able to place first in the GSAC standings and reach the second round of the NAIA National Tournament for the first time since 2004.

The 2015 season was full of adversity for the Biola women's soccer team, including new faces and injuries. The Eagles were able to persevere and have their best season since 2004.