Using a bicycle for transportation could solve a variety of urban problems. 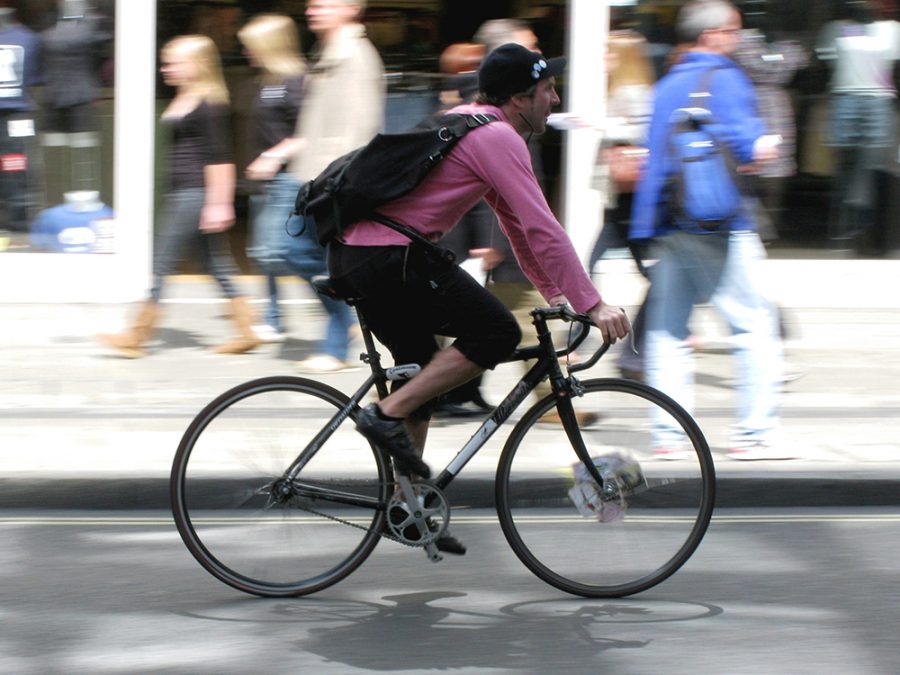 After one hundred years, the modern bicycle is still the immensely popular and almost magical contraption since the Penny-Farthing.

EFFICIENCY WITH STYLE
Messengers use bicycles to deliver packages through the tight and congested streets of New York City. Cyclists ride light, streamlined bikes in the Tour de France. Countless college students, like myself, use bicycles as a mode of transportation to cut across campus efficiently and with style.

Built to dominate hills and rocky mountain trails, my mountain bike has seen better days, as it now allows me to conquer the hill by the Caf in the hopes of getting to class on time. To all my professors who take note of my impeccable attendance, you can thank my 27 speed bike for getting me from bed to desk in under 10 minutes.

From cultural icon to indispensable tool to what was once described as a symbol of “untrammeled womanhood,” college students and young people worldwide should continue to embrace the bicycle and learn to integrate cycling into their communities.
BANNING CARS IN DOWNTOWN
A recent Reuters article reports the revolutionary shift in urban areas, as Oslo, Norway plans to ban all cars from its downtown area by 2019. In the aims of reducing pollution, Oslo will be the first to introduce a ban on cars in any European capital. The Norwegian city will lay more than 35 miles of bike lanes and invest heavily in public transportation.

Voted for “World’s most livable city” and with more than 200 miles of bicycle lanes, Copenhagen, Denmark is well-known for its vibrant cycling culture. The official website of Denmark claims, “37 percent of everybody working or studying in Copenhagen prefers the bike in the morning.”

It is no surprise why the bicycle is still popular in cities worldwide. Acting as a cheap alternative to driving, cycling is still considered a healthy and environmentally friendly form of transportation. With investments in public transportation, cycling can be one of the many solutions used to reduce pollution and traffic in crowded cities and urban areas.
TAKING ACTION
A BBC article reports most Chinese cities, including Beijing and Shanghai, have failed to meet air quality standards. Although much of the pollution can be attributed to coal plants and lax environmental regulations, the ever growing popularity and availability of cars continues to suffocate Chinese cities. Cycling will not only decrease traffic congestion, but will encourage citizens to take action against pollution.

American cities such as Los Angeles should also follow the examples of cities like Amsterdam of the Netherlands and learn to invest in both public transportation and biker-friendly infrastructure. Cities can become more biker-friendly by adding bike racks and building bike lanes. Bike sharing programs such as Citi Bike would encourage city residents to bike more often and allowing the “Idaho Stop” would permit cyclists to “roll through stop signs and ride through red lights” in the hopes of making cycling safer for both riders and pedestrians.

If all else fails, the simple act of riding a bicycle will at least put a smile on your face.