Killer whales not made for killer entertainment

Although Seaworld does some good, marine creatures’ health is crucial. 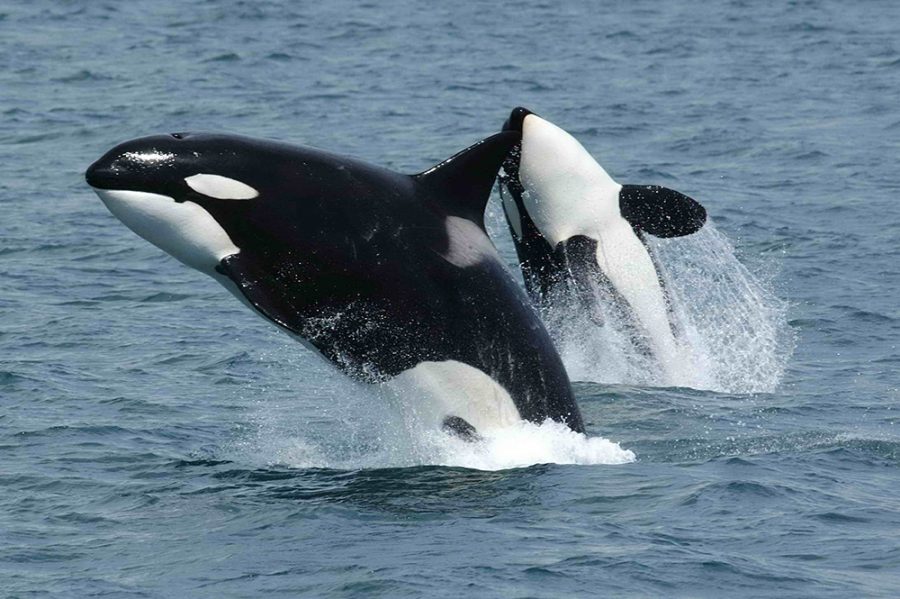 While Seaworld tries to create the best living conditions for killer whales, they are simply not made for captivity.

Rep. Adam Schiff announced on Nov. 6 plans to introduce a bill that would phase out Seaworld’s shows by prohibiting the breeding of captive orcas, ending the capture of the wild animals and stopping their import and export, according to an article in the LA Times.

The bill focuses on preserving these animals, which is best accomplished by allowing them to flourish in the wild. The stresses placed on orcas in captivity such as the size of their tank, their proximity to other orcas or even the interactions with humans, are unnatural for these animals who, in the wild, live with fewer environmental stressors. That is why this bill is important — not to attack Seaworld, but to maintain the well-being of orcas.
The Controversy

Much of the controversy surrounding this issue aims at attacking Seaworld as an inhumane exploiter of sea life. However, part of their goal seeks to educate people on marine life through entertainment.

The issue should focus on what is best for the animals. Studies on orcas indicate they live healthier lives in the wild. Most of the orcas in captivity show dorsal fin collapse, which is found in only about 1 percent of whales in the wild. This occurs when whales are dehydrated, ill or, most commonly, when fin tissue is unhealthy from not swimming as much as necessary.

This bill would offer orcas the best living conditions and preserve the natural beauty of these animals. While Seaworld strives to provide a healthy environment for them, it does not have the means to provide proper living conditions.
The Effect on Whales
While they promise to fix these issues by making their tanks larger and trying to implement more “natural” whale shows, an animal that swims 75 miles a day, according to the Whale Research Center, simply cannot do so in a 200-foot tank. According to the Animal Welfare Institute, orcas in the wild show strong ties to their pods, and when these animals are extracted from their families they show extreme psychological stress.

Society has come a long way on this issue and recognizes Seaworld’s training is not only unnatural for them, but proves detrimental to their quality of life.
Progress

Much progress on this issue is due to the documentary “Blackfish,” which presents the history of using orcas and the treatment of the animals in captivity. Time and time again research shows their best lives are lived in the wild, and not in captivity. It reveals 127 out of 151 orcas taken into captivity are now dead and the life expectancy goes down 20 to 30 years for male orcas and 40 to 50 years for female orcas, according to Whale and Dolphin Conservation.

While Seaworld does not purposefully exploit these animals, the health of the orcas should come before the entertainment they offer people.
Setting a Precedent

This bill sets the precedent for placing the humane treatment of animals over their entertainment value. I am excited to see what happens with this bill and hope people continue to fight, not against Seaworld, but for the health and lives of these animals.