Being a second year RA

Jillian Bradford shares her experience in overseeing a floor in Thompson Hall. 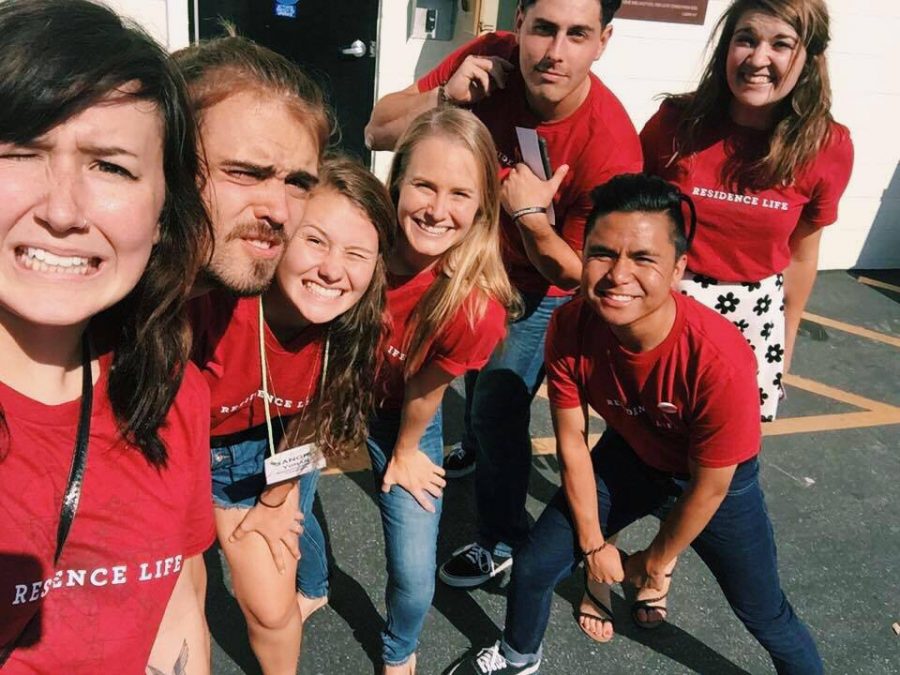 Once you become a part of Residence Life, it is hard not to be a part of it. Probably about a month into being an RA in Stewart last year, I already knew I wanted to continue in this program until I graduate. But in all honesty, being a second year RA was a scary prospect. People do not flock to Thompson for community and traditions like they did in Stewart. People flock to Thompson because it is quiet.

A DORM/APARTMENT HYBRID
Those who are unfamiliar with Thompson, think of it as a dorm/apartment hybrid. Though we are technically in the OCC community, the building is structured like the typical on-campus dorms – we just run it a little differently. We focus on empowering our residents to be ready for life beyond college since the community is older and closer to graduation. For example, a first year RA would typically mediate a roommate conflict, but we encourage residents to navigate those situations themselves. There are also more relaxed open hours rules, so people can have space to make wise decisions without being forced.

I live on the short floor, which means I do not have a floor partner and only have 14 residents. In Thompson, the emphasis is placed less on floors and more on the dorm as a whole. Since our residents are older, they are usually plugged into a community already. We do not consider it a failure if floors in Thompson are not super tight knit. It just means they have community elsewhere. Each floor has a weekly hangout, which is meant to be a highly informal time of connection. I have found it works better to email my residents and say something like “Let’s go get donuts in 20 minutes” rather than putting an event on the calendar days in advance. Thompson responds well to spontaneity. Aside from the hangout, each floor only has one major program per semester.
PIZZA AND POLITICS
The second year staff plans five dorm-wide events per semester, one of which is a week-long educational program. Ours is called “Pizza and Politics,” and we are bringing in guest speakers and screening both of the presidential debates happening this week. We are also providing free food, which is the key to successful events, as any RA will tell you. The hope is to initiate healthy conversations about the upcoming election, and equip people to understand the importance of voting. Every event we plan has a lot of intentionality behind it, because we want our residents to end the year having been developed as people in some way.

Another unique part of the second job is that we head up the Leadership Certificate Program. We accepted 30 undergrads to the program, and we meet three times per semester to focus on parts of leadership like emotional intelligence, professionalism and the importance of diversity. It is an opportunity to implement our Residence Life skills in a way that equips others to be leaders too.
MORE WISDOM AND LESS WORRY
My favorite thing about my job is our staff’s dynamic. Since this is everyone’s second round as an RA, we all approach the job with more wisdom and less worry. Plus, we have a really creative, fun group. For example, my teammate Zac Alsens hosted Punk ‘N Pie, and my other teammate DJ Cortez was in Punk ‘N Pie. We always joke that no one thinks Thompson is cool, but when our staff does stuff like that we earn “Thomp. Cred.”

Even though we have a lot of fun, there is depth to our relationship as a team. Just this past weekend, we were supposed to go camping for our staff retreat, but I came down with the flu. And even though I insisted they go without me, they postponed the whole trip so I would not miss out. They always make me feel incredibly loved and validated.

This job is a less involved than being a first year RA. So far I have not been asked for boy advice, busted anyone for breaking quiet hours or planned a GYRAD – those are not the needs of the community. Overall I would say that first-year-RA me was right: Thompson is quiet, and that is the way people here like it. And that is okay.