A Day in the Life: From glamorous to Godliness

After years of finding his identity in homosexuality and fame, Becket Cook pursues ministry through Talbot. 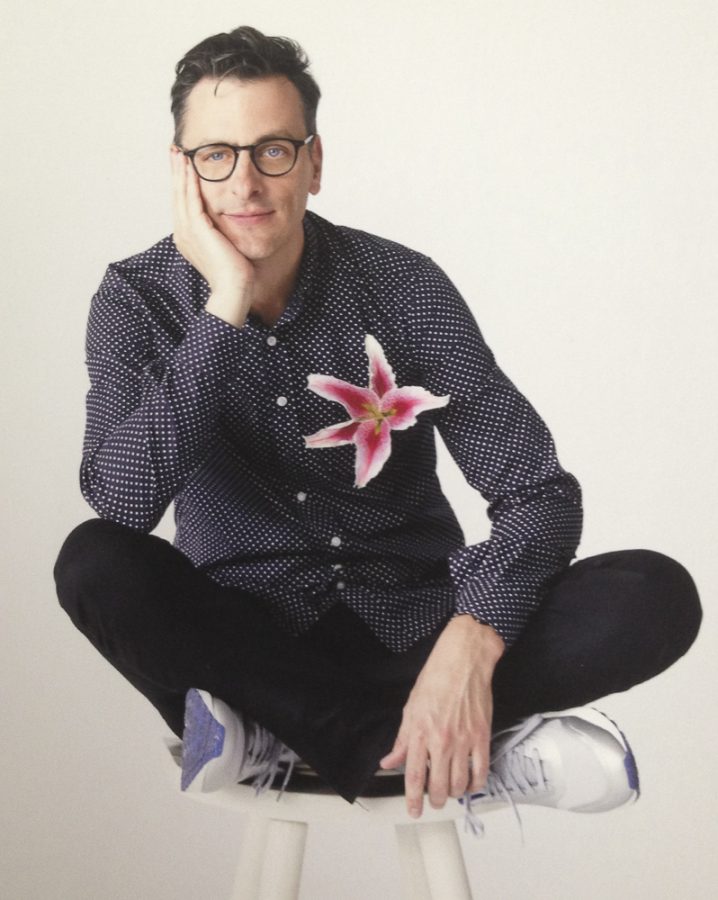 After years of finding his identity in homosexuality and fame, Becket Cook pursues ministry through Talbot. | Photo courtesy of Becket Cook

Photo shoots with Katy Perry. Paris Fashion Week with Stella McCartney. Emmy after parties with Tom Hanks. Dinner dates with Meryl Streep. From the outside, it would appear his glamorous life had it all, however, Talbot student Becket Cook claims he had nothing but emptiness.

Although he was born in Texas and raised Catholic, Cook found his identity in being a gay atheist. He practiced homosexuality in high school and college, but it was not until he moved to Tokyo a year after college that he fell in love for the first time. While in this relationship, Cook came out to everyone he knew and was not afraid to be labeled as a homosexual.

“My identity as a gay man was absolute,” Cook said. “There was no doubt that this was who I was and this is how I was going to live the rest of my life.”
AN UNSATISFIED LIFESTYLE
A few years later, Cook moved to Los Angeles to pursue a career as an actor and writer. After selling a couple of TV-shows and shooting several commercials, he found his niche in production design. During his time in LA, Cook said everyone in his friend group had two goals: succeed in their careers and find true love.

“We lived for our careers or our relationships,” Cook said.

Cook soon found himself in the elite crowd of Hollywood, a time that was filled with new experiences and new people. He was only in his twenties and he knew there were endless opportunities ahead. However, he began to feel unsatisfied with this lifestyle.

“That life was exciting and fun, but the law of diminishing returns set in and going to these things started feeling more and more empty,” Cook said.
THE MEANING OF LIFE
While attending an after party in Paris, Cook began looking around at the sea of people and was suddenly hit with an overwhelming sense of emptiness. After returning home to LA, Cook began desperately searching for the meaning of life and spent his free time attending plays and visiting museums. He was hoping the answers would be revealed to him through the arts.

Cook was sitting in a coffee shop in Silver Lake with one of his friends in 2009 when they noticed a group of people reading their Bibles. One of their books that caught Cook’s eye was a commentary on Romans, which he had never seen before. Curiosity got the best of him and he wandered over to the group and began questioning them on what they were reading and listened as they shared their beliefs. After talking for a while, one of the men invited Cook to church on Sunday. Cook soon learned that this man was Pastor Tim Chaddick of Reality LA.
NO LOOKING BACK
Cook attended church on Sunday and heard a message preached on Romans 7:7-13 about Paul addressing the law and sin. The interesting part is that this passage is not one of the famous passages by Paul on justification. However, Pastor Tim Chaddick, “always ties whatever he is preaching on into the gospel and he always explicitly lays out the gospel in every sermon. That’s what grabbed me: the gospel,” Cook said.

Suddenly he was overcome with the Holy Spirit and began weeping uncontrollably, Cook said. He related this experience to Isaiah seeing God’s holiness in the temple and coming undone. That day, Sept. 20, 2009, Cook became a Christian and decided to give up his homosexual lifestyle and live his life for the Lord.

“In that moment I knew that everything was real,” Cook said. “I knew in the core of my being that being with another man could never be glorifying to God.”

There was no looking back for Cook and it was full steam ahead as he began to tell everyone he knew about Jesus. He began speaking at churches and pursuing a ministry that encouraged Christian homosexuals, as well as sharing his testimony at a few Biola events in 2013. As he began to speak more, Cook realized he should become more biblically and theologically equipped.

“I don’t think it’s good to follow our hearts because our hearts are deeply wicked,” Cook said. “My sexuality is not my identity, Jesus is my identity now.”
THE MOST AMAZING RELATIONSHIP
This is his second year in seminary at Talbot and even though he has turned down jobs and lost money, Cook said God continues to provide. One of his supporters is well-known preacher and author Francis Chan. He first met Chan two months ago when Cook was speaking at Reality San Francisco on the topic of homosexuality. Chan was good friends with the pastor at the church and after they all had dinner together, Chan and his wife offered to help support Cook in seminary.

“I was blown away by his kindness and generosity,” said Cook. “He and his wife have been very generous in terms of helping me pay for seminary.”

It is not always easy for Cook and he is still tempted to act on his homosexuality, but Cook said he knows he is called to be obedient and each day he chooses to pick up his cross and follow Christ. Cook also said he no longer desires to be in a relationship with another man because it would not glorify God.

“I don’t feel like I’m being cheated, I have the most amazing relationship in the world and that’s with Jesus,” Cook said.

Cook still lives in LA, shoots commercials and designs sets Vogue and Vanity Fair. While he enjoys these jobs, he realizes there is far more purpose in life than making it on the invite lists for Hollywood parties. Each day he reads his Bible and falls more in love with Jesus, and is constantly blown away by God.

“All of that glamorous life fell short in comparison to meeting the King of the universe,” Cook said.