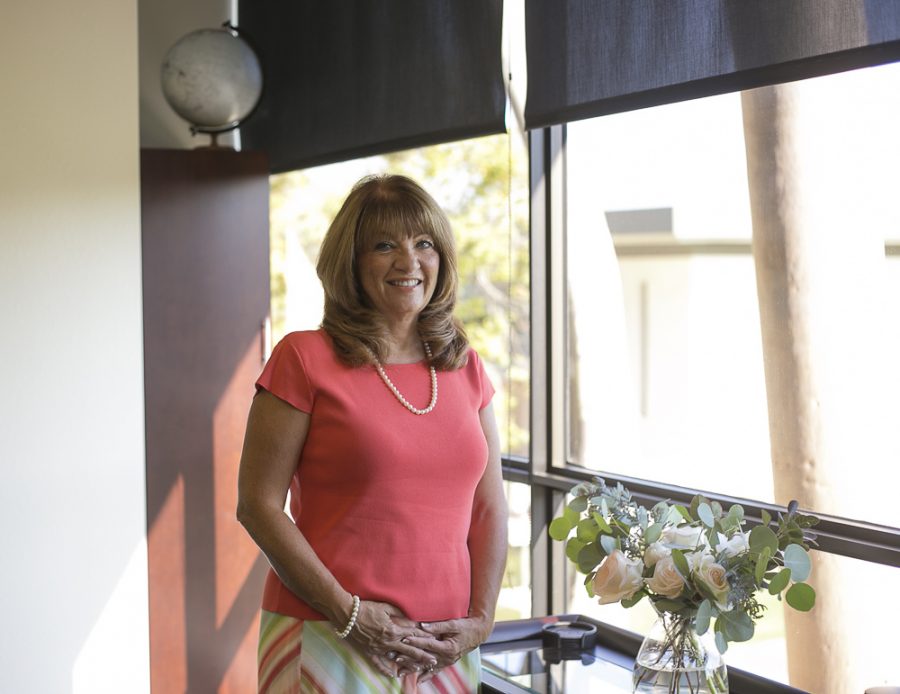 Recent advancements in upper Metzger allow futuristic improvements within the university and the newly appointed Deborah Taylor, Pamela Christian and student interns play a vital role in the process.
The Right Visionary Mindset
Taylor has been promoted to interim provost and senior vice president. She was originally the vice provost for educational effectiveness and the accreditation liaison officer. This change was made in order to help the university improve programs and create requirements that prepare students after graduation.

David Nystrom, the previous provost, and President Barry Corey sat down in June 2015.They discussed Biola’s future vision and came to the conclusion that Nystrom did not have the same innovative mindset for Biola’s future. With Taylor’s previous experience working in charge of the university’s accreditation and education effectiveness, Corey believed she possessed the right visionary mindset.

“It was a real spiritual journey for me to say yes to this role. I didn’t immediately tell the president yes, I told him I would need some time to really prayerfully seek the Lord and that the only way I could say yes was if I sensed a call from God that this is what I am to do right now,” Taylor said.
Staying Relevant with Student Needs
Biola ensures programs are relevant to the needs of students by placing emphasis on student internships as a way to gain valuable work experience.

“Some things we do because that’s what Biola’s always done, but that’s not the way a lot of other institutions are approaching it. We don’t need to be like other institutions, but we need to look at whether we are staying relevant with the things students need,” Taylor said.

Pamela Christian is the newly appointed vice provost for Inclusion and of Cross Cultural Engagement. Her role as serving under the provost by supervising CCE and the office of the Multi-Ethnic programs.

Christian partners with leaders and faculty of Biola to help diversify its community.

“I will work with the leaders in those areas to try and advance the university’s aspirations related to having students engaged cross culturally both within and outside of the U.S. We will try to work with faculty and the university at large to ensure that we are what the president is calling a receivable institution,” Christian said.

Christian worked at Azusa Pacific University for 13 years in a similar position. With her new placement at Biola, Christian aims to further God’s calling in her life, as well as engage and help the Biola community.

“I think both Dr. Taylor and I want to see students well equipped academically, spiritually, and professionally when they graduate,” Christian said.
Economical Efficiency
The structure of the Office of the President was altered to become more efficient and responsible in its expenditures on salary. A full-time administrative office assistant position was transitioned into a part-time when it changed from 40 hours a week to 20 in order to allow the addition of three new internship positions, which have already been filled.

Also, Brett McCracken was transferred from the managing editor of the Biola Magazine in University Communications and Marketing to now fulfill the position of associate director of presidential communications.

“This is a process in any industry, especially higher education right now, with all the pressures that are out there, competitive pressures for enrollment, trying to keep cost down, trying to keep tuition controlled and down and trying to be good stewards with our resources, with tuition dollars, donated money, etcetera,” said Brian Shook, administrative director in the Office of the President.
Career Development
The new interns of various majors will be completing clerical work, research and writing along with a myriad of other tasks. Shook said that the creation of these three positions is meaningful since it places an emphasis on career development — part of aspiration four of the University Plan.

McCracken will continue to write for the Biola Magazine, but will focus on presidential communication as President Barry Corey increases awareness for the A Soul of Conviction, A Voice of Courage fundraising campaign.