“Funeral” holds up as a beautiful testament of loss, 11 years later. 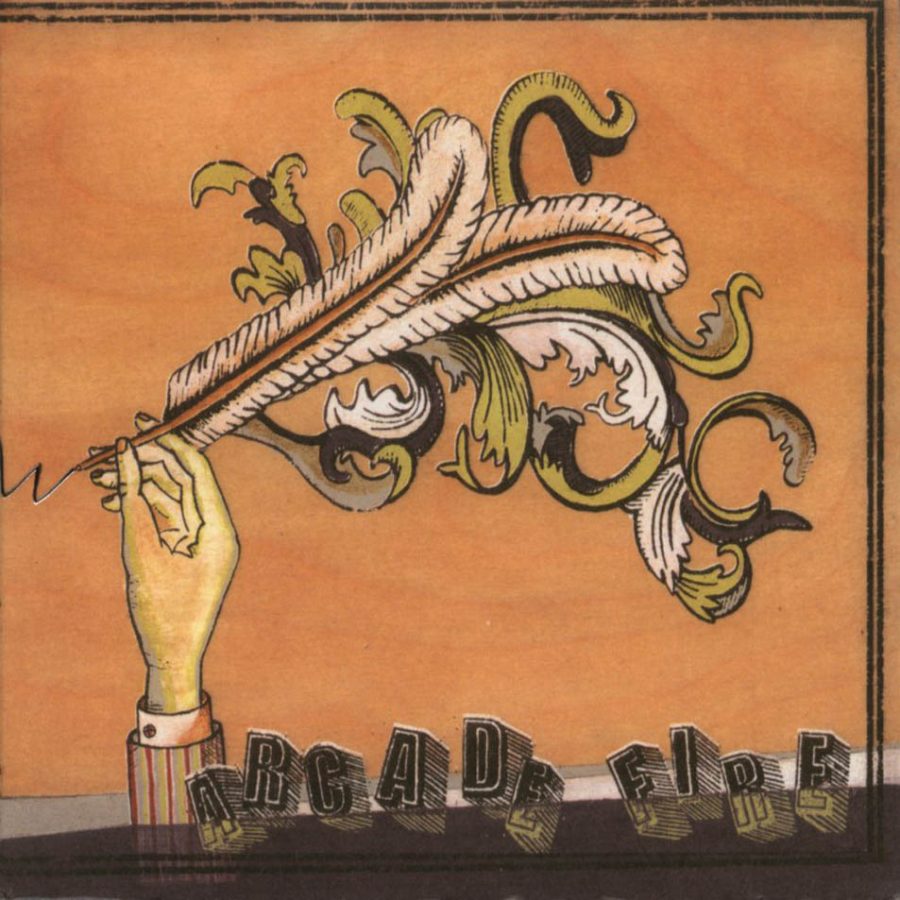 Beauty rises from death. The natural green that replaces scorched earth after wildfires that tear through hillsides serves as evidence of nature’s tendency to rebirth. Phoenix rise from ashes, plants squirm through scattered cracks of concrete and inevitably we return to dust after a hopefully long and fruitful life. This acute sense of existential awareness makes Arcade Fire’s “Funeral” still heartbreakingly relevant after all these years.
SURROUNDED BY DEATH
This could be attributed to the recording process taking place during a time when the young Montreal band was constantly surrounded by death. The Butler brothers’ grandfather passed away shortly after sessions, as did Régine Chassagne’s grandmother and Richard Reed Perry’s aunt. Inevitably, this became intertwined with the album’s mythos when the band titled the record.

Art has always explored death. There have been plenty of records about death, and none so alarming as “Funeral.” Where you would expect to hear gloom, the band echoes back with celebration. Indie-rock was just beginning to become massive in scope 11 years ago. Bands like Broken Social Scene were already crafting gargantuan, life-affirming melodies to fill up auditoriums and festival grounds. Arcade Fire carried the torch and perfected this art. At the time, Radiohead’s “Kid A” was the obvious front runner for album of the decade, but its inherent electronic sterility allowed “Funeral” to fill up the number two spot with grace.
WONDERFULLY ORGANIC
“Funeral” is wonderfully organic. “Since there’s no one else around / we let our hair grow long / and forget all we used to know.” Straight off the bat, the lyrics for “Neighborhood #1 (Tunnels)” operate in a wonderful blend of idealised romance, apocalyptic sentiments and frenetic passion. Win Butler is entirely unashamed of himself, his voice shaking and cracking as he belts on these tracks. Since then, countless indie-rockers have been doing their best to let loose in the way Butler does, and yet no one can shriek with as much eloquence.

“Children, wake up / hold your mistake up / before they turn summer into dust.” The chorus for “Wake Up” is transcendent. After 11 years, it still defies being lumped into any sort reductive thought. A wordless melody on a single syllable has become so ingrained into how we think about music in a post “Funeral” world. Call it hyperbole, but if you ever get a chance to listen to thousands of people singing that unforgettable vocal melody, I can assure you it is life changing. This is the sort of power that “Funeral” possesses.
EXPLORING LIFE
This album explores life just as much as it explores death. There is a brilliant video of Arcade Fire’s legendary 2005 Coachella set, where you can clearly witness history being made. Richard Reed Perry collapses at the end of the set. Win Butler throws the mic stand into the crowd. Thousands of people are dancing to “Rebellion (Lies).” Each and every member of the band exudes so much life from that stage. It serves as a moment, a reflection of a record that’s made the world a better place.