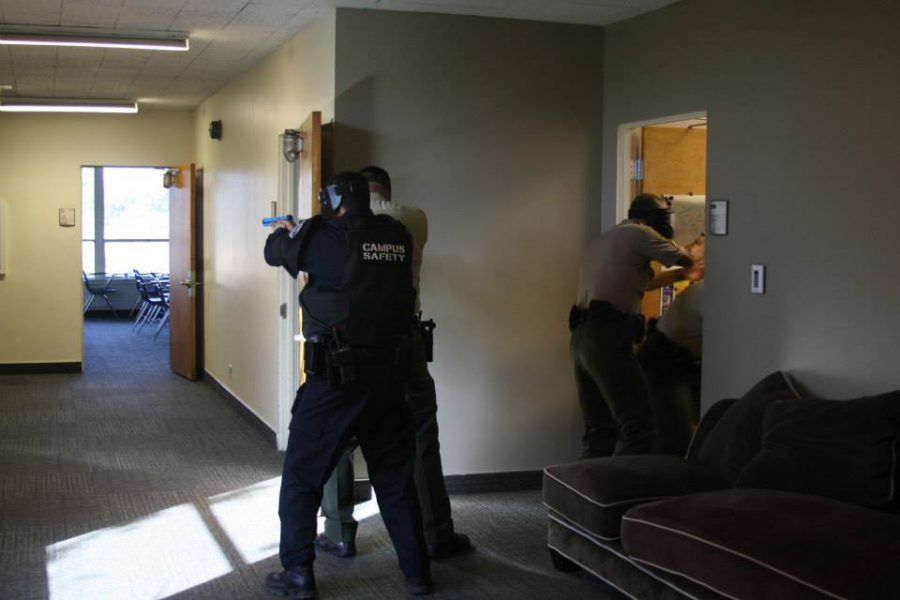 The Federal Bureau of Investigation and Joint Regional Intelligence Center conducted a thorough assessment of Biola’s campus on June 9 to 11 to help prepare Biola’s students, faculty and Campus Safety officers for the possibility of an active shooter incident.
EXTENSIVE ASSESSMENT
“They went to almost every area on campus. Building exteriors, the IT department, facilities and chemical related areas. More specifically, they assessed how we prepare staff and students for an active shooter incident and our ability to handle such a circumstance,” Chief John Ojeisekhoba of Campus Safety said.

Due to the increase in active shooter incidents, Campus Safety has undergone extensive assessments and precautions with the FBI and the JRIC to help prevent shootings on Biola’s grounds. Ojeisekhoba led and enforced these extended measures.

“We examined how we can turn weaknesses into strengths as a university in times of vulnerability,” Ojeisekhoba said.
RESULTS OF THE ASSESSMENT
Seven FBI agents returned to campus on Aug. 20 to review the results of the previous assessment to provide feedback on where Biola was ranked. Biola impressed the FBI and JRIC with its thorough training and proactive ambitions, Ojeisekhoba said.

“Our officers have received police level training and 85 percent of my team are armed. My team has a mutual relationship with the Sheriff’s department and can communicate directly via radio. Also, my men do not only train individually, but they also participate in drills on campus,” Ojeisekhoba said.
AREAS OF IMPROVEMENT
Despite the many compliments Campus Safety received, the FBI and JRIC also suggested a few areas of improvement for Biola’s campus.

“Since they have come, we have added 10 additional cameras throughout campus. Adding cameras, better securing the critical buildings on campus and creating safe rooms were a few suggested areas to enhance the security of our campus,” Ojeisekhoba said.

Campus Safety plans to continue their work with federal agencies to further improve the safety of campus by hosting a symposium.

“We are hosting a symposium here on Oct. 5 with the Los Angeles FBI which will draw in a lot of universities, chiefs from other universities and a lot of professionals —including about 100 law enforcement officers,“ Ojeisekhoba said.

Professionals at the event will be discussing their involvement in recent shootings and ways to handle the issue with the extensive media coverage alongside it. Biola and Campus Safety are undergoing extensive measures to ensure the well-being of students and faculty on campus.

“You have to think proactively and that is my mindset. It is all part of something bigger,” Ojeisekhoba said.