Russell Crowe’s directorial debut provides adequate entertainment, but disappoints with a disjointed narrative that fails to shed any new light on the horrors of Gallipoli’s context. 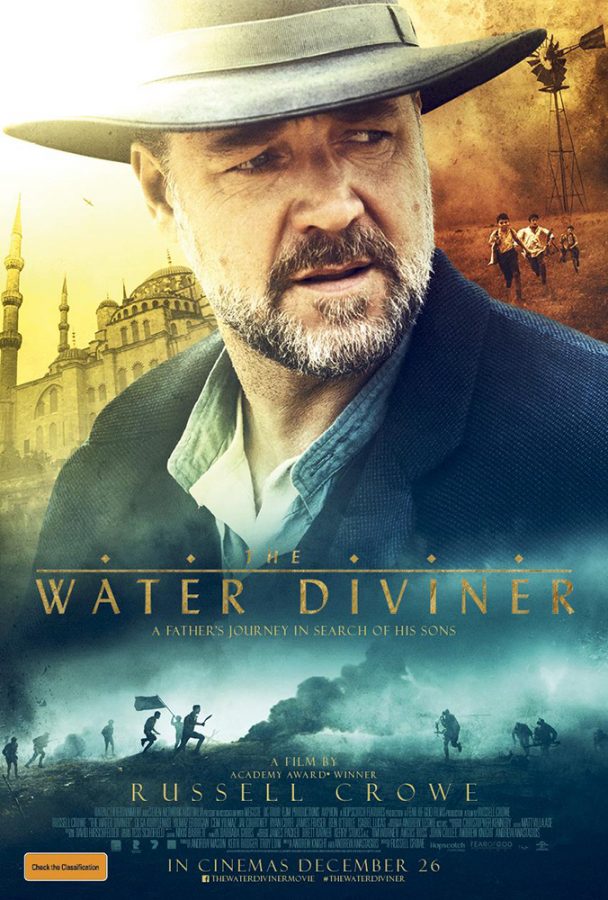 Russell Crowe has taken some hard knocks over the past five years. Starring in several high-budget critically disappointing films such as “Robin Hood,” “The Next Three Days,” “Broken City” and “Winter’s Tale,” the gruff and stoic Australian icon seems on the lookout to reclaim his former glory. Finding inspiration back in his homeland, Crowe decided to take things into his own hands, mounting an intimate adventure film set in the aftermath of the Battle of Gallipoli — a tragic offensive failure of the Allied Australians and New Zealanders to take a peninsula from the Ottoman Empire.
Half-baked Despite a Solid Core
Opening in 1919, Joshua Connor sets out on a search for the bodies of his three missing boys who fought in Gallipoli in the wake of his wife’s suicide from unbearable grief. Traveling to Constantinople, Connor crosses paths with a British team trying to make heads and tails of the battlefield-turned-mass grave, a wise Turkish officer who led the battle and a beautiful Turkish hotelier and her young son with a pain of their own. Crowe tries to find a balance between all the disconnected relationships in the midst of chases, fights and intrigue that never feels organic, employing a hodgepodge of genres and storylines that feel half-baked and melodramatic despite the solid ideas at its core.

This lack of cohesion between ideas and execution is most apparent in Connor’s seeming psychic abilities to sense his sons. Apparently, they are interconnected in ways that defy logic and reason, even from a supernatural perspective. Water divining refers to the ability to search for water. At the beginning of the story, Connor uses the mystic ability to dig a well in the heat of the unforgiving Australian desert. Writers Andrew Anastasios and Andrew Knight push that concept to absurd limits when he is able to feel the area where his sons fell and even conjure flashbacks of their own memories without any context. In Crowe’s novice hands, these elements fail to click.
Noble Intentions
I guess praise must be given for the nobility of Crowe’s intentions in his quest to show the overarching and universal nature of grief and loss in the wake of war — no matter whose flag you represented in battle. Major Hasan, played by the mournful Yilmaz Erdogan, works as a powerful foil for the determined Connor. War touches everybody in “The Water Diviner” and the repercussions of sacrifice ripple to all the poor souls we leave at home. If only Crowe could have found some deeper conversation in the midst of the obvious platitudes.

Unfortunately, the centennial memorial of the Battle of Gallipoli, which the film opened on, also marks the same observation of the Armenian Genocide — a horrific event perpetuated by the same Ottoman Turks. In preaching cultural reconciliation, it seems strange to have not even the slightest passing comment to the atrocities taking part concurrently in the story.

Crowe’s head is in the right place as he searches to craft the same old-school, wide-eyed storytelling that captured the hearts and minds of audiences in days gone-by. It just seems that he’s dug the wrong well.