Nirvana’s Legacy in the 21st Century 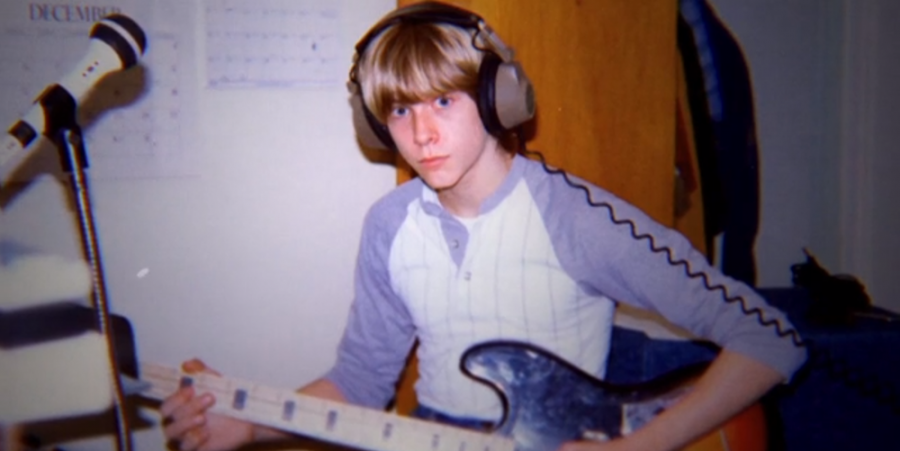 Kurt Cobain was once a little boy in Aberdeen. On the flip side it can be all too easy to pigeonhole him as one of music’s grandest martyrs, the heroin-fueled savior of rock and roll that started one of the biggest bands in the world. Neither of these ideas present the full story. Kurt was undoubtedly one of the most complex and brilliant musicians of the 20th century, but his legacy has long since been wrapped up in the very ideas he fought against. In a way, we have reduced him to a t-shirt, a yellow smiley face on the faces of the “disenfranchised youths” of the 1990s and today. “Montage of Heck,” HBO’s new documentary on Kurt Cobain’s life, seeks to restore the missing pieces, and succeeds in reminding us that he lived, suffered and died, not as rock and roll’s messiah, but as Kurt Donald Cobain.
CLEVER EDITING
Using previously unseen footage, home movies, and soundscapes that Kurt created himself, the documentary gives us an unflinching look into his upbringing in a quiet logging town in western Washington. Clever editing and animated sections show us the Kurt around when the cameras were off, when he was experimenting with marijuana in high school, or during those late nights walking around a quiet Aberdeen, contemplating suicide and whether or not anything mattered at all. Kurt’s own journals come alive in a literal sense, with his visceral doodles and comic strips dancing across a pixilated 8.5 by 11 sheet of notebook paper.
UNDERSTANDING HIS HUMANITY
On a personal level, I purchased a copy of Kurt’s journals while I was in middle school. The ethical implications of this being for sale troubles me now, but not then. I poured over every page, trying to understand the man I had so idolized. I was thoroughly unprepared for what I saw. Static, these journals provide a bare window into Kurt’s broken soul, a view I was not ready for. I am still not ready, proven by how gut-wrenching it is to watch “Montage of Heck.” I do not think any of us are. When the camera’s are rolling in Kurt’s apartment with newlywed Courtney Love, it really feels like we should close our eyes. There is something so unsettling about being let into such an intimate relationship as an observer, and yet I feel as if it is the only way we could ever try to understand Kurt. By witnessing his addiction and illness contrasted with such a touching and sweet relationship, we begin to understand his inner torment and conflict. Most importantly, we better understand his humanity, a testament to the film’s ability to make you feel, and to feel deeply for someone you have never met, but will always love.