Recognizing the universality of music

The sound of music resonates with all cultures. 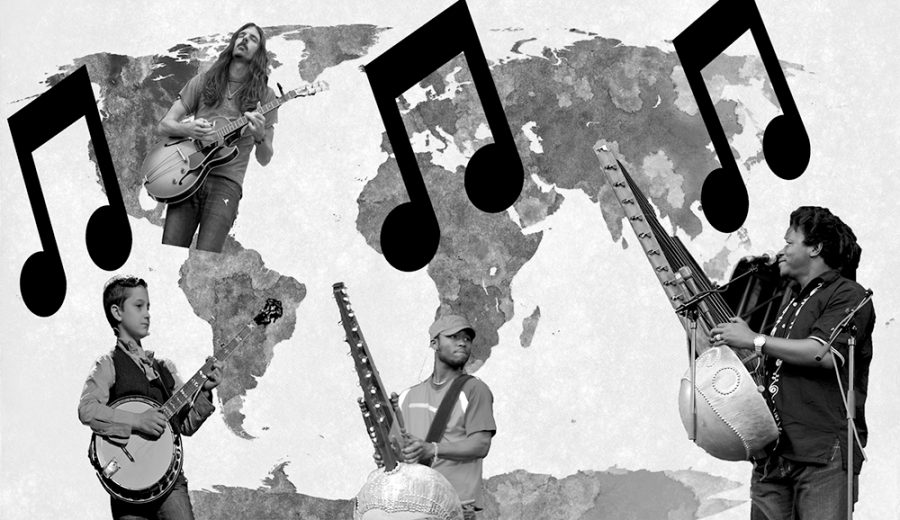 People ask me, “Why do you listen to songs in a foreign language if you don’t understand what they’re saying?” on a regular basis. The answer is simple — no matter where the song originates, music is universal.
LYRICS ARE NOT VITAL
When functional, human ears all work the same way. Those who have perfect hearing receive and interpret sound waves that allow them to listen to the outside environment. If a native from China, Korea, Australia and Brazil all sit in the same room, they hear the same sounds. This means music is taken in the same way — whether someone’s native language is English or German.

Lyrics are not the most important aspect to a song. I have heard many songs with lyrics that have moved me, but they are not vital. Several more aspects of a song can make it enjoyable — the rhythm, harmonies, notes and emotions. Take, for instance, classical music. That genre of music does not contain lyrics, yet it has been enjoyed all over the world for centuries.
A UNIVERSAL LANGUAGE
The beat gives me a compelling reason to love music. A good beat makes me dance and have fun. While in Spain, I decided to go to a dance club with a few other Americans. Despite the fact that I am fluent in Spanish and understood the lyrics while they did not, we immensely enjoyed our time together. We shared the same beat and danced in unison, surrounded by Spaniards, because a song can be enjoyed around the world — with or without comprehending its lyrics.

Music is a universal language. Those who speak different languages can share the same experience of playing the same song on an instrument by reading the same sheet music. While visiting Japan, I attended a Japanese high school for a day, where a fellow American and I overheard two Japanese students in a room practicing a piece — one on the trumpet and another on the drums. My American friend and I walked into the room and, in the end, we played the same song with those Japanese students. They did not speak any English and I did not speak any Japanese, but I picked up a trumpet and joined in. People speaking different languages can read the same music because it is its own language.
PORTAYING EMOTION
Another main reason I enjoy music is the emotion the artists portray in the song. When I listen to “I Need U” by BTS, I can feel the yearning through the vocals of the singers. Without knowing what the artists say, I find it possible to feel the connection of loss they project through the song. God created all of us equally and in his image. As humans, we share the same physiology, necessities and emotions — no matter how someone may communicate them.

Anyone around the world can enjoy any kind of music. Do not be tentative when discovering new music. It is possible to discover a new favorite band originating from another country. Although not being able to sing along to a song can too well can be a downside, not understanding the lyrics of a song does not take away enjoying it. Thus, the reason I listen to music even when I do not speak the language of the lyrics.