The men and women’s tennis teams look to compete in their final match of the season at the Ojai tournament on Thursday. 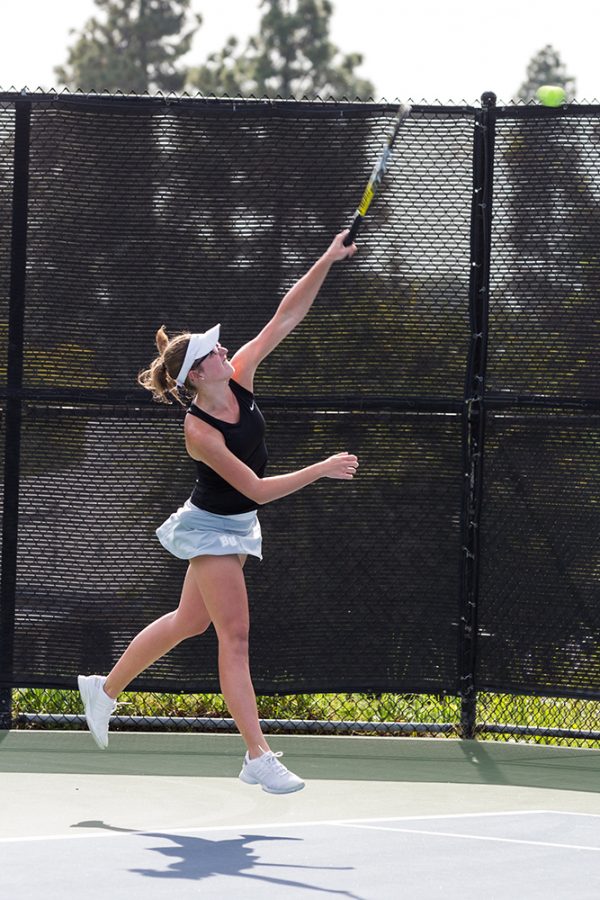 The men and women’s tennis teams cap off their seasons at the Ojai Tennis Tournament in Ojai, Calif.

After a season with multiple ups and downs and changes in the coaching staff, the Eagles finished their regular season 10-14 overall and 4-8 in Golden State Athletic Conference play.

The men’s season started off promising, winning three matches in a row. Unfortunately, the men’s season record plummeted after a six match losing streak.The Eagles added a few more wins throughout the season, but are currently on another six match losing streak heading into the Ojai tournament. Despite the rough patches throughout the season, the Eagles have the best percentage in the program’s history at 4.58 in singles and .403 in doubles.

Freshman David Garcia leads the team in single wins in both conference and non-conference matches. Garcia is 14-9 overall and 7-5 in conference going into Ojai. Sophomore Luke Mountain and freshman Phillip Westwood lead the team by a large margin in doubles matches with a 12-10 overall record and 6-4 in GSAC.

The women’s team goes into Ojai with an overall record of 4-19 and 2-10 in conference. Both of the conference wins came from new addition to the conference, Hope International University.

This season for the women’s team has been difficult. Last year, the Eagles went 7-14 for their overall record and 2-8 in GSAC. The women dropped from a .354 percentage last season to a .291 this year.

The first round of the Ojai Tennis Tournament will begin on Thursday, April 24.