Know how to use this weapon of free speech. 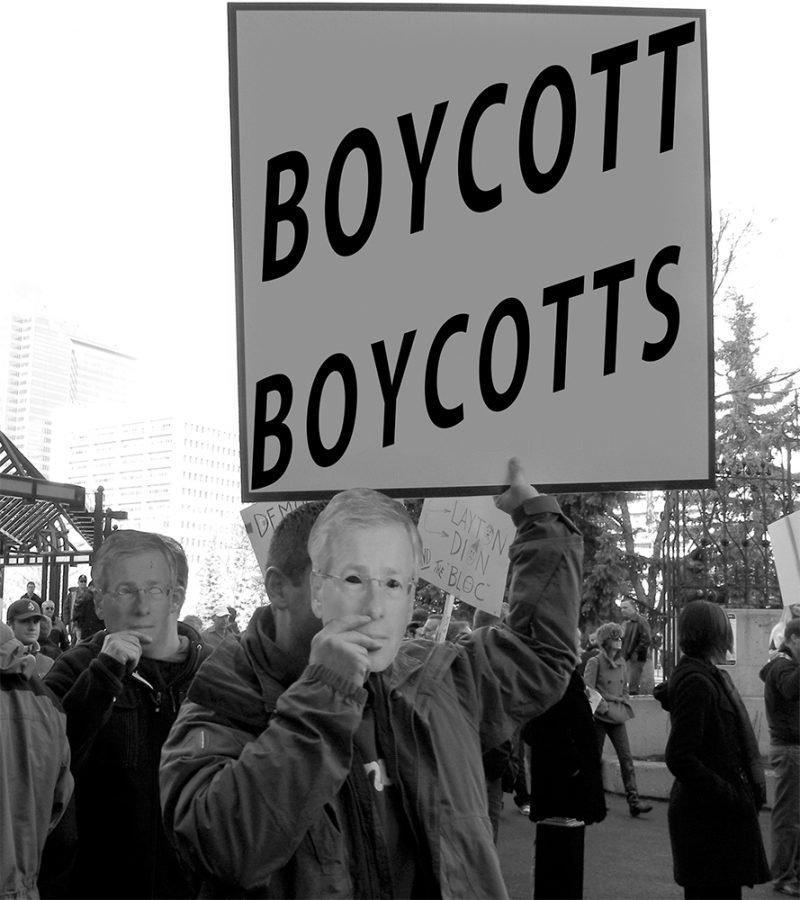 Not every homosexual supports gay marriage. Gay designers Domenico Dolce and Stefano Gabbana recently told the Italian magazine “Panorama” they believed “The only family is the traditional one.” Dolce admitted he would never get married because he is a practicing Catholic. He also said, “I call children of chemistry, synthetic children” and they are only a product of “uteri for rent and semen chosen from a catalogue.”

Naturally, this caused an uproar in the fashion industry. Elton John on an Instagram post exclaimed, “How dare you refer to my beautiful children as ‘synthetic.’” John promptly created the hashtag #BoycottDolceGabbana and is encouraging others to “never wear Dolce and Gabbana ever again.” Owen Jones and Victoria Beckham both agree with John and plan to boycott the popular designer brand.

This will not work. So some celebrities are not going to wear Dolce and Gabbana’s $2,000 shoes or $5,000 coats — big deal.
THE IMPACT OF BOYCOTTS
Braydon King, a professor of management and organizations at Northwestern University, published a study about boycotts in 2008. King confirmed his hypothesis when realizing the media has a vast importance in the success. Unpredictably, he also discovered the success on the boycott lies in its “ability to inflict damage to corporate reputation.” Meaning, if the company already struggles with their public image, the company is more likely to bend to the will of the boycotters. But if the corporation already has a solid foundation with the public, they are less likely to take boycotts seriously.

I understand wanting to take action because of the hurt the design partners’ quotes gave them. But the point of any boycott is to create change. Boycotting a company in order to change the CEO’s personal belief does not make sense. Dolce and Gabbana probably would never change their beliefs about marriage and IVF children simply because their company failed. In which case, a mass boycott of the company is not a realistic way to change a CEO’s personal beliefs. There have been many instances where people have boycotted a company because of what it stood for. Those who disagreed with Chick-Fil-A’s stances towards gay marriage attempted to boycott the company, but Chick-Fil-A did not change their views.

The next time someone wishes to boycott a company or product, they must ask if it is going to have a large impact on the company. Will this boycott get massive media coverage? If the company ultimately fails, will the owners suffer personally? Is it likely that the owners will change their beliefs because of this boycott? These are the defining factors in determining if a boycott will be successful or worth it. Sometimes it is best to pursue other avenues of protesting the actions of the company or organization.