Classic literature is cooler than you think

The books we all pretended to read for school, but should now read for real. 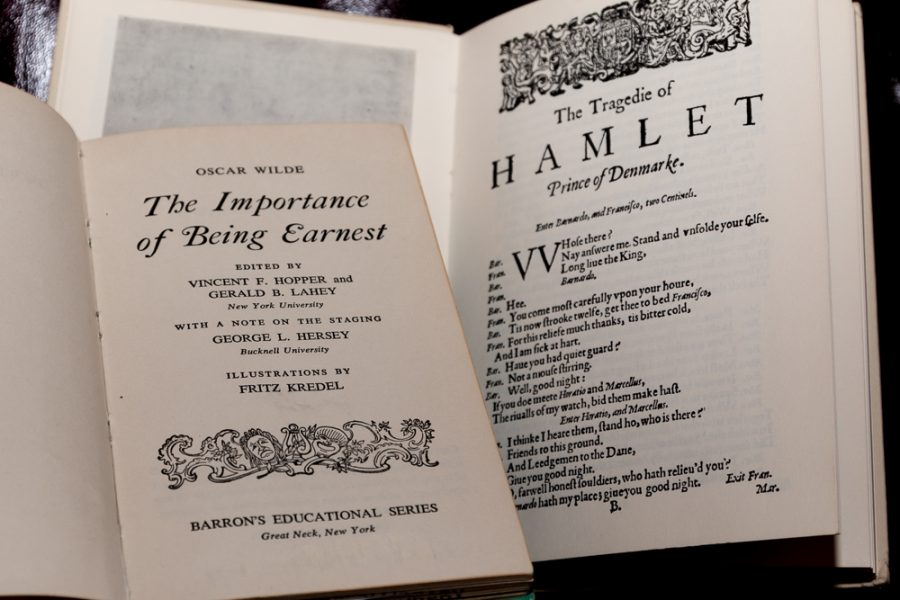 We have all done it — said we completed the text we were assigned for our literature class, because honestly, who cares about something some dead author wrote, right? I have even been guilty of this and I am an English major. But the older I have gotten, the more I have come to appreciate the books we were assigned in high school, realizing that maybe they were assigned for a reason. So I have compiled, in order, a list of the top five classics that you should give another go.
“The Great Gatsby” — F. Scott Fitzgerald
If you love the story of “Star Wars,” you will love “The Great Gatsby.” Similar to George Lucas’ story, the novel is a beautiful tragedy detailing the effects that the chasing and obsessing of our desires bring. Fitzgerald’s book is often called “The Great American Novel” and with just cause, due to its rich symbolism and fantastic literary quotes. Plus, when you read it, you can imagine Baz Luhrmann’s 2013 film adaptation of the novel.
“Hamlet” — William Shakespeare
Okay, hear me out before you just scoff and write me off as a typical english major. The first time I read this play as a senior in high school, my teacher had us act out different scenes in decades throughout the 1900s. I was assigned the 90s, so clearly the only option was rewriting the scene to fit “The Fresh Prince of Bel-Air” theme song. Because I was introduced to “Hamlet” in a comical way, I was able to see the humor and irony in the play. Read this British classic again expecting punchlines, and you will appreciate the play so much more — guaranteed.
“Of Mice and Men” — John Steinbeck
Similar to “Grapes of Wrath,” this novella takes place during the Great Depression, but this time in California’s central coast. The story follows two ranch hands who are close friends, George Milton and Lennie Small, while they pursue their dream of owning their own homestead. The conflicts that arise are truly heartbreaking, but worth the read. Steinbeck brilliantly tackles complex issues in a small number of pages.
“The Importance of Being Earnest” — Oscar Wilde
I read this play for the first time last spring and then watched the movie with Colin Firth afterward, and let me tell you — it is hilarious. No seriously, Oscar Wilde is a satirical genius in this play mocking the Victorian period. It is short, sweet and to the point.
“The Hobbit” — J. R. R. Tolkien
Honestly, I feel that this book needs no explanation as to why it should be read, but I also feel like it would be sacrilegious not to have it on the list. Just go read this book, you will be glad that you did.