Brutally hilarious and uncomfortably compelling, the Argentine movie “Wild Tales” shines as an exploration of karma and the primal nature of mankind. 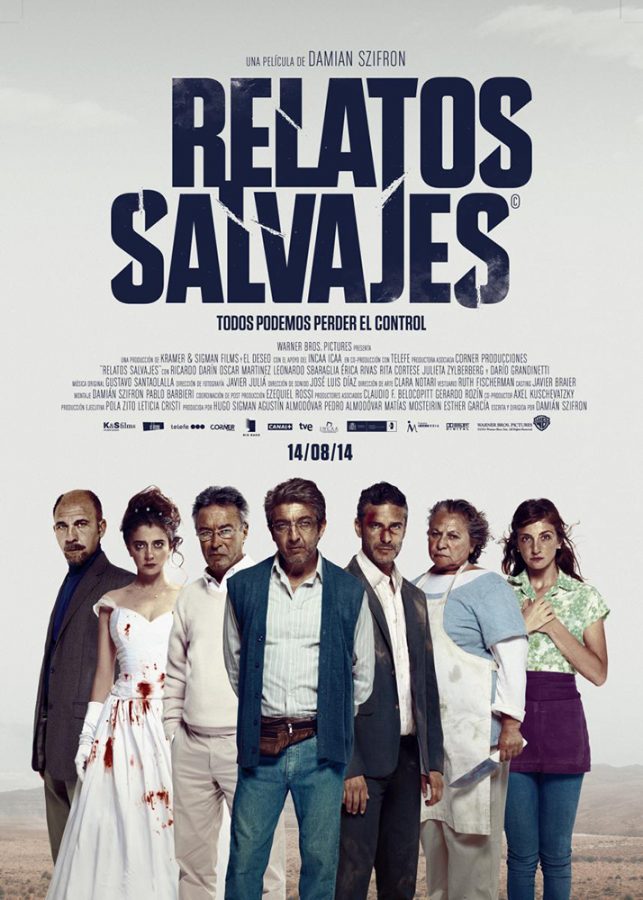 The opening segment of “Wild Tales” follows a beautiful woman boarding a plane. After helping her with her suitcase, an older gentleman, clearly smitten by her beauty, sparks a conversation. Although flirty at first, it soon evolves to a measure of recognition through a mutual encounter with a certain man named Pasternak — the woman being an ex-girlfriend and the man a music critic who tore apart the man’s work. Other patrons join in, voicing their encounters with the same individual. Soon it becomes apparent that everybody on the flight knows him and mysteriously received a plane ticket for free. Suddenly, the plane takes a nosedive. The flight attendant yells out that the man in the cockpit is none other than Pasternak — and he is out to get his revenge.
THE NATURE OF KARMA
Damian Szifron’s incendiary anthology film constructs six disparate stories — both hilariously stressful and bafflingly violent — that explore the nature of karma. Each story depicts a character at their boiling point — emotions rising to the surface through daily misfortunes, incompetent individuals and rash decision-making. Whether stuck in the eyes of a waitress confronting the Mafioso that tore her family apart, a business-man surviving the worst road rage imaginable or a bride confronted with the truth of her husband’s infidelity on their wedding day, Szifron throws you into the heat of a vengeance-soaked vision.
WE REAP WHAT WE SOW
Cruel and satirical, Szifron’s project is a master-class in tension, forcing us into situations so uncomfortable that we must laugh in order to breathe. Besides one segment that curiously skips out on any form of gut-busting levity, the writer and director clearly articulates his worldview through situations steeped in the extreme — you reap what you sow. It might not be today or tomorrow, but your actions will catch up to you and life will strike back worse than you could ever imagine.

Though Christians may not believe in the concept of karma, the discerning audience can gain so much insight from these narratives of our primal human nature. We understand the cosmic significance of putting into the world what you hope to receive. Jesus himself speaks of reaping what you sow — if it comes back to haunt you, that is a mystery no one can articulate. Treat everyone with respect and kindness because you never know when you might meet that same person down the road.

In addition, the filmmaker rings another truth loud and clear — when stripped of common virtue and civil engagement, we humans are downright animals. “Wild Tales” proves our need for rules and boundaries beyond ourselves because when you treat someone with arrogance and selfishness, you might be served a plate of eggs and fries with a side of rat poison. Not my spice of choice.