Will Butler loosens up and gets down with solo-debut

“Policy” is a mixed bag that shows promise in its more rock-based moments. 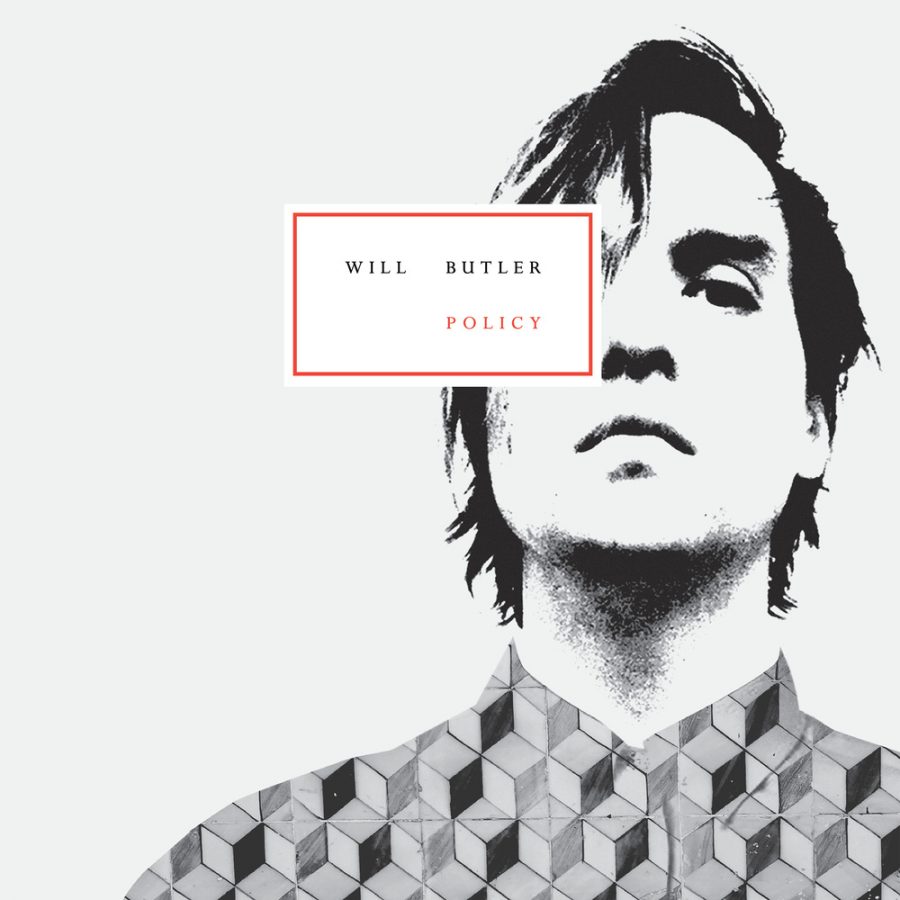 At the heart of Arcade Fire, the Grammy-winning Canadian indie rock outfit, are brothers Win Butler — lead singer and primary songwriter — and William Butler, who has carved a name for himself as a gifted multi-instrumentalist and composer. Just a couple of years ago, William showed his mettle and diverse talents, composing music for Spike Jonze’s sci-fi romance, “Her.” Looking to further step out from under his brother’s shadow, Will released “Policy” — a stripped-down rock and roll record built to get you on your feet and dancing to a long-gone era.
RELATABLE LYRICS
“Take My Side” starts things off at full throttle with brusque storytelling, simple chords and focused energy. Pulling influences from Rod Stewart, Smokey Robinson and Bob Dylan, Butler transfuses these into an amp and shoots it up to eleven on tracks such as “Son of God,” the clever “What I Want” and the Bruce Springsteen-esque “Witness.” Layered with pulsing pianos and hyper female backing vocals, listeners will easily catch on to the fun vibe that probably permeated the recording sessions. This is where the album shines — combining terrific melodies with instantly relatable lyrics dealing with relationships moving too fast, the possibility of the existence of God, and insecurity.

On other tracks, Butler mixes these classic sounds with the same jagged instrumentation found on Arcade Fire’s “Reflektor” in cuts like the looping “Something’s Coming” and the disco-drenched “Anna,” which feels the most out of place on the record due to its jazzy horn propulsions. On the other end of the spectrum, he brings it down several notches on the emotional ballad “Finish What I Started” and on the minimalist “Sing To Me.”
A HODGEPODGE OF CONCEPTS
In the end, it seems like Butler has mixed two EPs — one that highlights his rock and roll upbringing and another that, for the most part, feels like a hodgepodge of concepts and ideas. I hope Win settles on the former and cultivates a new role as rock and roll savant that eschews the modernist trends of the day, and instead embraces something that feels fresh — a classic sound.