Charming lead performances and immaculate production values aren’t enough to give depth to this sensual and entertaining con. 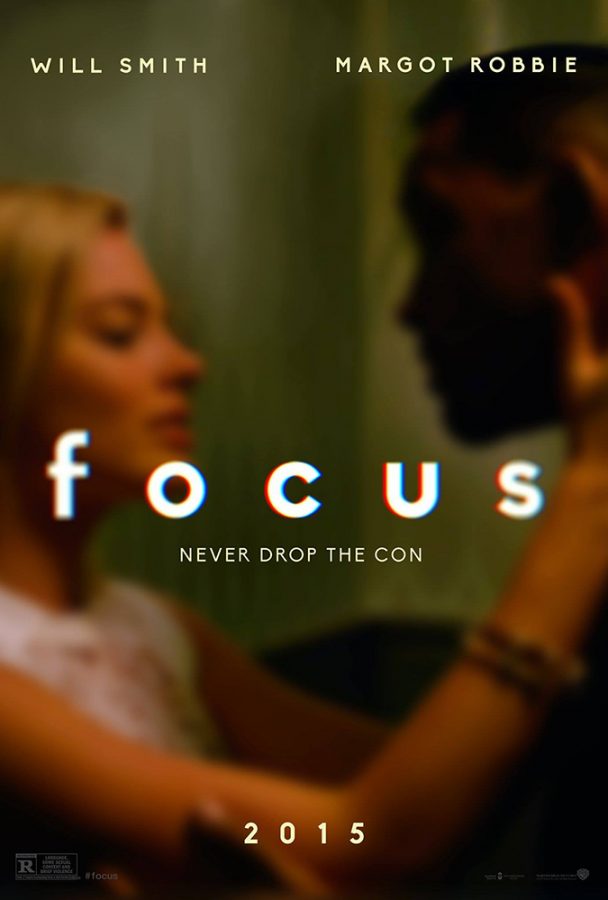 “It’s a game of focus,” teaches Will Smith’s smooth operator Nicky as he boosts item after item from Margot Robbie’s wannabe hustler Jess. The unlikely mentor and mentee are brought together after Jess botches a con on the legendary criminal. Smith, with bravado and swagger oozing in ways we have not seen in what feels like a lifetime, commands our attention, and then proceeds to show us how we were not paying attention at all. Nicky and Jess use flirtation as misdirection, which may be a synthesis of how filmmakers John Requa and Glenn Ficarra want to handle the audience — allure us with jazzy tones of sexy and cool, fast cars, beautiful women, sensual tension and the promise of high stakes both professionally and personally. It is a wild ride that holds us in its sleight of hand — until all the cards are dropped.

As with many of the great con and sleight of hand movies made in the past decade — “The Prestige,” “The Illusionist,” and “Ocean’s Eleven” — the fun comes from watching our heroes risk it big. Money and love are on the menu, and both compliment each other beautifully for the first half of “Focus,” as it follows a huge heist in throbbing club atmosphere of New Orleans during a massive sporting event. Nicky, although battling a keen addiction to gambling, leads a motley crew of master lifters, shakers and life-long gamers, hauling away a multi-million dollar score. All the while, he teaches Jess the tricks of the trade — and gives away a few secrets too.
SOME FLAMES NEVER BURN OUT
The greatest joys and breathless moments come from the few scenes that dig into the machinations of a con — sometimes we are in the know and other times left out of the loop — which sends the audience into a dizzy spell, begging to sift out what is real or fabricated in this journey of smoke and mirrors.

And just as Nicky and Jess are hitting it off, he leaves — understanding that there is just not enough room for love in this racket. Losing focus is not only unacceptable — it is dangerous. He leaves her, and we are thrust three years into the future as we follow Nicky, now in Buenos Aires, working a con to swindle bigwigs in the Formula One business. Trouble saunters through the door in the form of Jess, who is now dating Nicky’s new boss. Apparently, some flames never burn out, pushing Nicky to test the limits of his cover in order to win her back.
TOO MANY KNOTS
The second half twists its elements into too many knots, making us lose sight and care of the characters in the midst of double-crosses and hazy motivations that are more confounding than exhilarating. We start to get the sense that we are being led down a rabbit-hole — only to hit a dirt mound of disappointment. The overwrought climax delivers on that worry, pushing our suspension of disbelief to the breaking point.

Requa and Ficarra — famous for their bang-up job with “Crazy, Stupid, Love” — know how to craft a tense tightrope of a scene that keeps all its characters in balance. But this time, the fog lets out only to reveal hollow cleverness — not enlightenment. The jig is up, showing that the creatives pushed themselves into a corner without an escape route. David Copperfield could not get himself out of this mess.

“It’s a game of focus,” whispers Nicky. If only the film did not lose sight of that. At least we have a lot of fun caught up in the moment.