An uneasy mix of class and crass, “Kingsman: The Secret Service” haphazardly delivers on its promise of throwback spy fun with a modern twist. 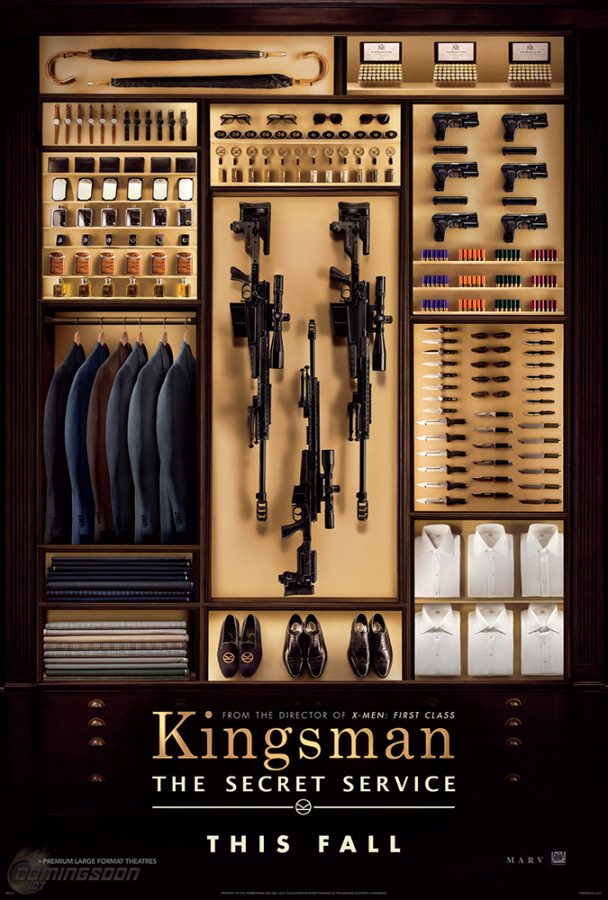 For the past several years, spy films have taken a darkly serious turn, grandly harkening to the real-world geo-political climate of the day. Steeped in relevance and dripping with ripped-from-the-headlines controversies, espionage heroes such as James Bond, Jason Bourne and every Liam Neeson movie in the past ten years, have provided us with a hero — a beacon of moral and gentlemanly stability — that we can look to in order to direct our ethical outrage.

Enter “Kingsman: The Secret Service” — a hark back to the wry and winking sensibilities of the Bond days of old, when villains were larger than life, gadgets were the stuff of a boy’s imagination and our hero always had a joke to lighten the mood. These were the superheroes before Marvel hit the mainstream.

Bringing a whole new flavor to the subject, the Kingsmen refers to a secret intelligence agency working at the highest levels of government discretion. Trained since their teen years, Kingsmen are educated in the ways of espionage in order to become the most efficient and skilled soldiers on the field.

Senior spy, Harry Hart (Colin Firth, turned action hero) enlists Eggsy Unwin — a poor, troubled young man with a past tied to the Kingsmen — to join the organization’s elite training program. After uncovering plans of a twisted tech genius for a mass genocide in order to quell population inflation, Eggsy and the Kingsmen fight for the future of humanity.
ANY KID’S DREAM
At the core, “Kingsman” sings with clever action, an impeccable sense of style and two joyous lead performances is Colin Firth and newcomer Taron Egerton. The Kingsman society is the stuff of any kids’ dreams, and watching the espionage candidates battle for induction into the agency highlights the incredible sense of energy displayed throughout the film. Egerton is magnetic in demonstrating the titular fish-out-of-water hero rising to the challenge to be the coolest and most suave spy on the come up.

Unfortunately, the film makes a huge tonal shift that feels gratuitous and over-celebratory in its handling of a key scene of violence — one that acts as a major turning point for the plot and characters. The filmmakers ask us to revel and laugh with the subversive nature of the scene, but it only led to a feeling of unease, as if all the fun was just sucked right out the picture. Reconciling the tonal shift with a script that relies too heavily on crass, easy jokes throughout its second half leads to an experience that is ultimately disjointed.

“Manners maketh man,” lectures Hart to a group of thugs in a pub before a brutal disciplining. If “Kingsman” stuck to its strengths and maintained its aforementioned sense of decorum, the movie would be much easier to celebrate. As it stands, pure fun has still mostly missed the mark.