The narrative of an album

The context of an album can be vital to properly understanding individual songs. 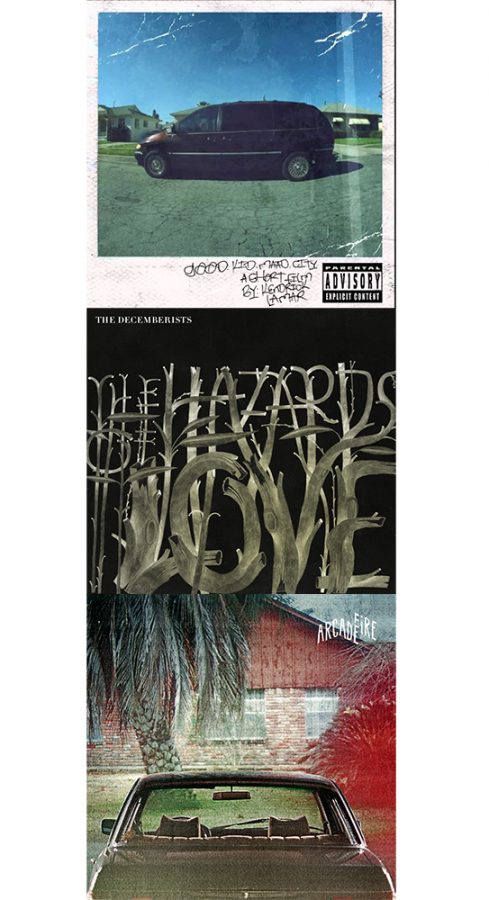 In the 1960s and 1970s, emphasis shifted on albums standing as cohesive works of art. Songs were chosen in specific order to compose an album. Artists such as The Beatles, Led Zeppelin and Pink Floyd stood at the helm of this change. Music fans followed this shift and started to buy full albums instead of singles. This evolution meant listeners had to devote more time to listening to music. They read the lyrics sheet and experienced all of the songs together. This singular view of an album lead to some of the most timeless and impactful pieces of popular music of the 20th century. Albums like The Beatles’ “Sgt. Pepper’s Lonely Heart’s Club Band” and Pink Floyd’s “The Wall” became the first rock operas, weaving narratives through each track. The Who soon followed with their albums “Tommy” and “Quadrophenia” that took this idea to an extreme.
“SINGLE CULTURE”
It seems there exists a second “single culture” among most casual music listeners that resurfaced in the early 2000s with the advent of iTunes and the now ubiquitous Spotify. Many listeners have a collection of single songs, rather than collecting discographies from favorite bands. Despite this, there remain artists still willing to craft long form, cohesive and narrative driven albums for the more dedicated music fans of the world. In the indie rock sphere, Arcade Fire released their masterpiece “The Suburbs” that dealt with the droning nature of American suburban life, and The Decemberists released “The Hazards of Love,” a long collection of tracks that tell an epic fantasy romance. In the hip hop world, Kendrick Lamar released his critically acclaimed record “Good Kid, M.A.A.D. City” telling the story of the journey of a young black man as he traverses life in Compton. These records are powerful because they do not serve our society’s instant gratification culture, but bring to life narratives that communicate something much deeper.
THE IMPORTANCE OF CONTEXT
“Single culture” also reveals another issue for those who venture to craft a narrative album — the out-of-context single. When listening to “The Hazards of Love” for instance, many songs taken out of context detail stories of rape, child murder and torture from the viewpoint of those perpetuating it. Not necessarily light listening. But, when listened to in the context of the album, you realize that these characters represent villains in a grand tale of doomed love. Our protagonists, a cursed prince and a maiden, quest for escape from the shackles of their reality, scared that the overwhelming evil of the world will overcome their pure love.

“Good Kid, M.A.A.D. City” might be the most brilliant album released in the past couple of years — a complex and heartbreaking non-linear narrative about the desire to be a good kid in a rough neighborhood, while dealing with the peer-pressure of thug culture. The general public probably views Kendrick Lamar as a typical — albeit insanely talented — rapper, espousing sexual debauchery and criminal activity. When you take the time to listen to Kendrick’s journey throughout the album, it becomes clear that he is critiquing the norms of Compton and is desperately searching for a way to escape the prison that poverty created. He repeatedly references the words of his grandmother throughout the album, who taught him the way of Jesus, and how if he accepted Christ into his heart, he would never thirst again. In a city trying to quench frustration and dissatisfaction with every drink, drug or sexual act possible, Kendrick intrinsically raises the question, “If these don’t satisfy, maybe Jesus will. Am I too far from that redemption?”

Next time you listen to the radio and hear a song that piques your interest, fire up Spotify — or buy a physical copy of the album if you are that cool — and listen to the whole thing in order. You might just be enriched by a full thematic arc or narrative construction that makes the song even better — just like the artist intended.