The code of ethics we ought to follow as modern men. 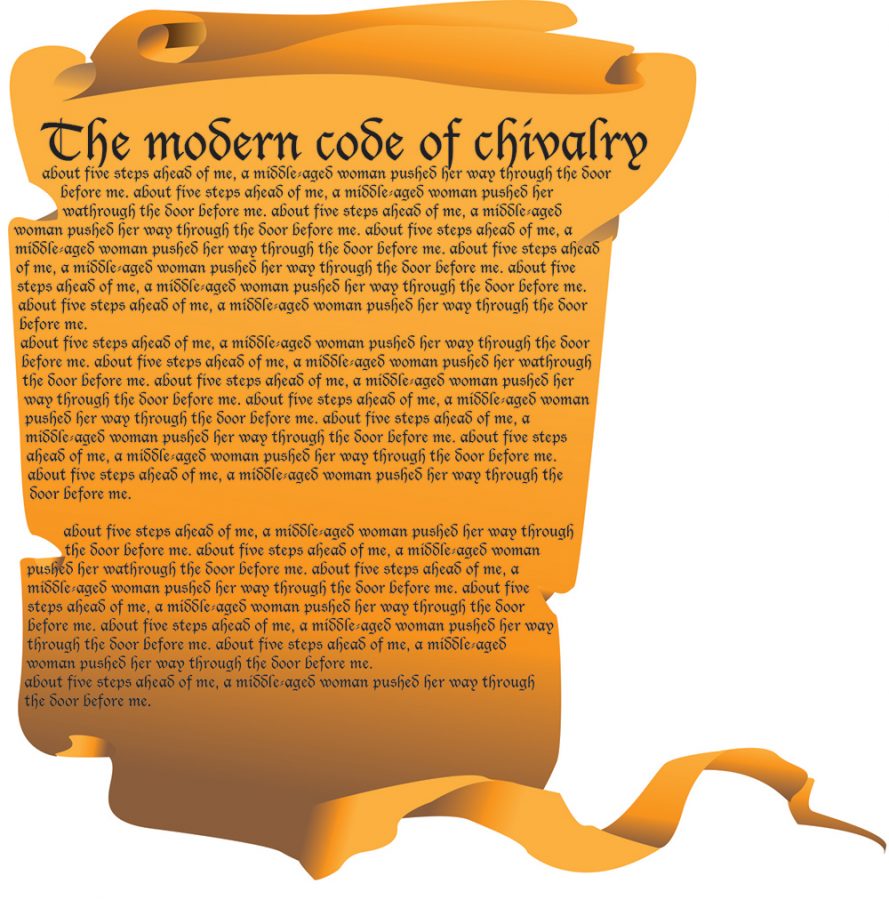 When I was about eight, I had an appointment at my doctor’s office. I walked up to the front door with my mother. About five steps ahead of me, a middle-aged woman pushed her way through the door before me. When we got into the lobby of the building, my mom tapped the woman on the shoulder. “Excuse me, but do you mind going through again? My son wants to open the door for you.”

And thus began my education as a gentleman. Open doors for anyone. Hold a chair out for a lady and do not sit until the ladies at the table are seated. When you have the means, pay for the meal. Walk on the outside when you walk down the street, so that if anyone is going to be hit by a car it is you and not the people you are with. Please. Thank you. Pardon me. God bless you. Excuse me.
THE RULES OF CHIVALRY
The rules are endless and, ultimately, superficial. When I was young, I watched a movie about a young man who was raised in fallout shelter. As a result of the upbringing, he was old-fashioned, untouched by the ever-changing social norms. His gentlemanliness took everyone around him by surprise. He explained his behavior simply — a gentleman makes everyone around him as comfortable as possible, regardless of gender. Put another way, a gentleman does his best to be there when needed and to stay out of the way the rest of the time.

Lately, the rules of chivalry have come into popular discussion. The debates that rage around whether or not a man should open a door for a woman fall tragically short of addressing the actual questions.
A TRUE GENTLEMAN
It has become a question of power. What is a man saying about a woman’s autonomy and strength when he opens a door? When he picks up the tab for a meal, is he implying that those he is eating with are incapable of paying for themselves? Is he buying the movie ticket to change the power dynamic of the group?

Those men are not chivalrous. They are not gentlemen. Truly chivalrous men do not act only to make those around them, men and women, as comfortable as possible. A true gentleman empowers women, treats them with respect and upholds their dignity. A true gentleman respects the people around him, putting them before himself and doing his best to make sure they feel supported.

I could do a better job of this. I have opened the door to impress. I have bought dinner to show off. When I do that, I am not only betraying my mother — who wanted me to be a good, chivalrous man — but I am smearing the good names of gentlemen around me who do it right.