After happily ever after

“Into the Woods” brews a satisfyingly dark adaptation of the classic musical. 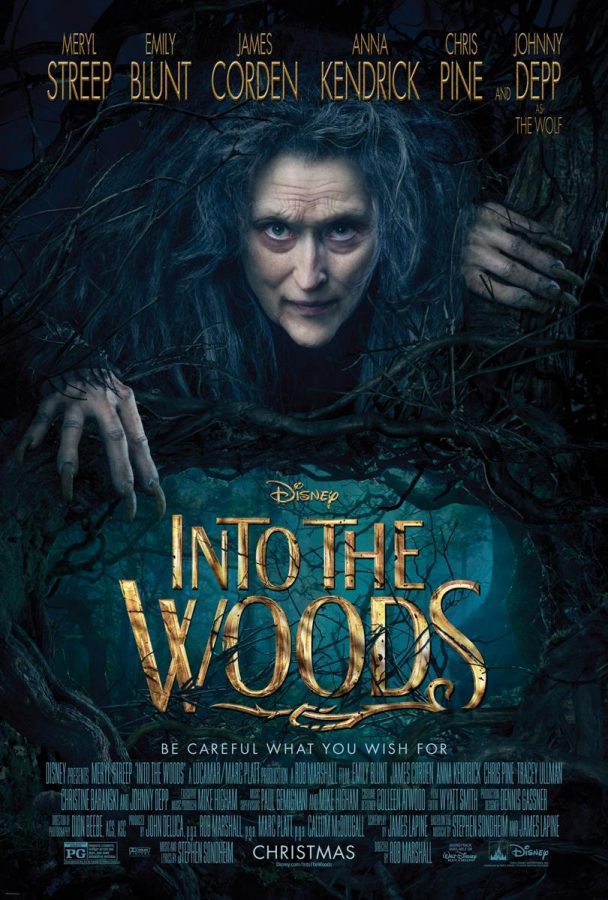 Ever since “Snow White and the Seven Dwarves” in 1937, Disney has reigned supreme as the foremost storyteller of fairy tales. For almost a century, their movies have put a positive, moralistic and kid-friendly lens on classics such as Snow White, Cinderella, The Little Mermaid, The Beauty and the Beast and many others. As I am sure many of you can relate, I was raised on VHS re-masterings of these Disney classics, further encouraged by various trips to Disney World (sorry Californians, Florida’s theme park is better).

Keeping in mind this legacy, it is clear to see how Disney adapting Stephen Sondheim’s “Into the Woods” is an odd and bold decision. The musical takes various Grimm fairy tales — Little Red Riding Hood, Jack and the Beanstalk, Rapunzel and Cinderella — and mashes them up in a world where their stories collide on a journey through the woods. The play turns the fairy tale paradigm on its head, showing what happens after the “happily ever after.” Themes such as adultery and the consequences of wish fulfillment run rampant, creating a narrative that is distinctively adult, sly and hilarious.

No Sondheim musical is complete without the music of course, which is a joy throughout almost the entire runtime. Disney did not hold back in culling together talent heartily up for the challenge. Meryl Streep shines as the witch, belting out difficult numbers with aplomb, while still carving out her usually stellar caliber performances. She steals the show and chews the scenery, instantly making her the most interesting character in the picture.

The cast is rounded out by suitably strong performances from Anna Kendrick, Emily Blunt, James Corden and the incredibly creepy Johnny Depp. Although, the biggest surprises are the princes played by Chris Pine and Billy Magnussen — their rendition of “Agony” is spirited and had the whole theater in stitches.

It is not hard to imagine how fun and joyful this play must be on stage. When it comes to musicals, theater provides a dynamism and energy that streams from actor to audience and vice-versa that is infectious. When a movie is wall-to-wall music, the film runs the risk of flat lining that energy. “Into the Woods” luckily only suffers from this near the end, running just a bit too long — further hampered by the multiple reprises in eerily similar locations.

Nonetheless, “Into the Woods” dazzles with humor and imagination, providing a solid adaptation of Sondheim’s musical, while also ushering in a brave new era for the House of Mouse.